Mickael Marso Riviere is a Bboy (break dancer), creative director and choreographer. Being a keen photographer, Mickael enjoys shooting his choreography work, as well as travel photography in locations where his work takes him. In this article he shares his images and experiences using his Fujifilm kit on a recent trip to Cuba. END_OF_DOCUMENT_TOKEN_TO_BE_REPLACED

My aim for a recent trip to Barcelona was to travel light. Last year I was in New York shooting jazz musicians for a book I’m working on and I had to carry a lot of kit. The Fuji gear was light, but I also had a laptop, flashes, light stands and a background too. But traveling light was a high priority for this trip to Barcelona.

“I fell in love with the optical viewfinder all over again”

I have to say upfront that the X100T is probably my all time favourite camera, even though at this point it has been overtaken in performance by newer models. But it’s still a design masterpiece in my opinion that just begs to be held and used.

That said, I’m in love with the X-Pro2. The camera feels great in my hands, especially with the Gariz half case (Fuji half case also available). The performance is amazing and I’m still being surprised on a daily basis by how great the focus is (especially with moving subjects). Autofocus has reached new heights on mirrorless cameras and I can think of two major DSLR brands that could be an endangered species if they don’t wake up, see what’s going on and adapt quickly.

“The X-Pro2 takes things to another level”

Shooting on the streets of Barcelona was a blast! The X100T is my favourite street camera, but I have to say that the X-Pro2 did out-perform it and produced far more keepers. I’ve always been happy with the image quality on the X Series cameras, more than happy in fact. But the X-Pro2 takes things to another level wth the 24 megapixel X-Trans III sensor giving a welcome increase in resolution. But I’m glad to say it is without doubt the same Fuji look and feel, which is more important than megapixels!

Film Simulations have always been a big part of the X Series cameras. A while back Fuji gave us Classic Chrome, which was unexpected, free, and became an overnight success. I use it most of the time and love it. These are my settings for Classic Chrome.

But when light gets low I find this can be a little harsh and the shadows can get blocked up, so I reduce the Shadow Tone setting to -1 or even 0. Sometime I’ll switch over to Provia as it’s a good general all rounder and much more forgiving.

I don’t often use Velvia (too saturated for me), but I found myself quickly switching to it when photographing rooftops against an orange Barcelona sunset.

Another film simulation fanfare came along with the X-Pro2 in the shape of Acros. The original black and white film simulations were pretty good, but I didn’t shoot a lot with them unless I was in RAW+JPEG to have the option of the colour version later.

I just preferred to do my B&W conversions in Lightroom or Silver Efex Pro. But with Acros I find myself wanting to shoot in-camera B&W a lot. In fact I have to force myself to switch out of it again.

X Series cameras have always had the option of bracketing three film simulations at a time, but I wish we could shoot two at a time with our own recipe of Highlights, Shadows, NR, Colour and Sharpness baked in, but without the delay of bracketing (where you can see the processing in the viewfinder). Classic Chrome and Acros…ahh. But I digress.

Acros is beautiful, especially with a bit of highlight & shadow tweaking. There’s a grain in Acros files that just gives the pictures a timeless documentary look, and that’s without using the grain feature of the X-Pro2. On the subject of the in-camera grain feature. The two settings of light and heavy are great, but the same again with larger grain would be nice too!

I like high contrast black and whites, so my settings for Acros are:

Don’t worry if you like to see tons of detail in the shadows, because Acros can do low contrast B&W too, plus you still have the option of adding a red, green, or yellow filter as well (I mostly use Red).

The Hybrid viewfinder is now an Advanced Multi-Hybrid Viewfinder, similar to the X100T’s where you can have a tiny screen in the bottom right corner (as an option) that shows a zoomed area of the focus point to assist with manual focus. I use this now and again and it works really well.

I fell in love with the optical viewfinder all over again on this trip. I wear glasses, but peer over the top of them when looking through the viewfinder (I’m so happy to see a built in diopter on the X-Pro2), so I can’t get my eye right up close. With the OVF I can see the frame lines and some space around them which allows me to see what’s about to enter my picture.

With the EVF I need to move my eye around, looking at the corners of the frame individually, but there isn’t always time to do that. Plus the Harsh sunshine of Barcelona can make it hard to see the EVF because your eyes are adjusted for the brightness, which makes it hard to see if your exposure is ok. That’s when I like to dial in my exposure 100% manually and switch to the optical viewfinder. It’s not as big as the X100T’s OVF, but it’s still big and bright and the frame lines are easy to see. Using the OVF just feels more old school and I like that!

‘My Menu’ is another great feature that allows you to store frequently used menu items on a single page. The best part of this is that it pops up as soon as you press the Menu/OK button. Sometimes it’s the simplest things that make all the difference!

Fuji have took a great camera like the X-Pro1 and improved everything that needed improving. Then they added all the best bits from the other X-Series cameras and threw in a few features that we didn’t even know we needed. The fairies then sprinkled just the right amount of magic dust and hey presto – The X-Pro2. It’s an absolute joy to use!

I now have a dilemma. Do I upgrade my two X-T1’s for two X-T2’s or sell them both and buy another X-Pro2? But while I’m thinking about that one, Fuji – how about a 24mp X100 with identical features and an identical button layout as the X-Pro2. 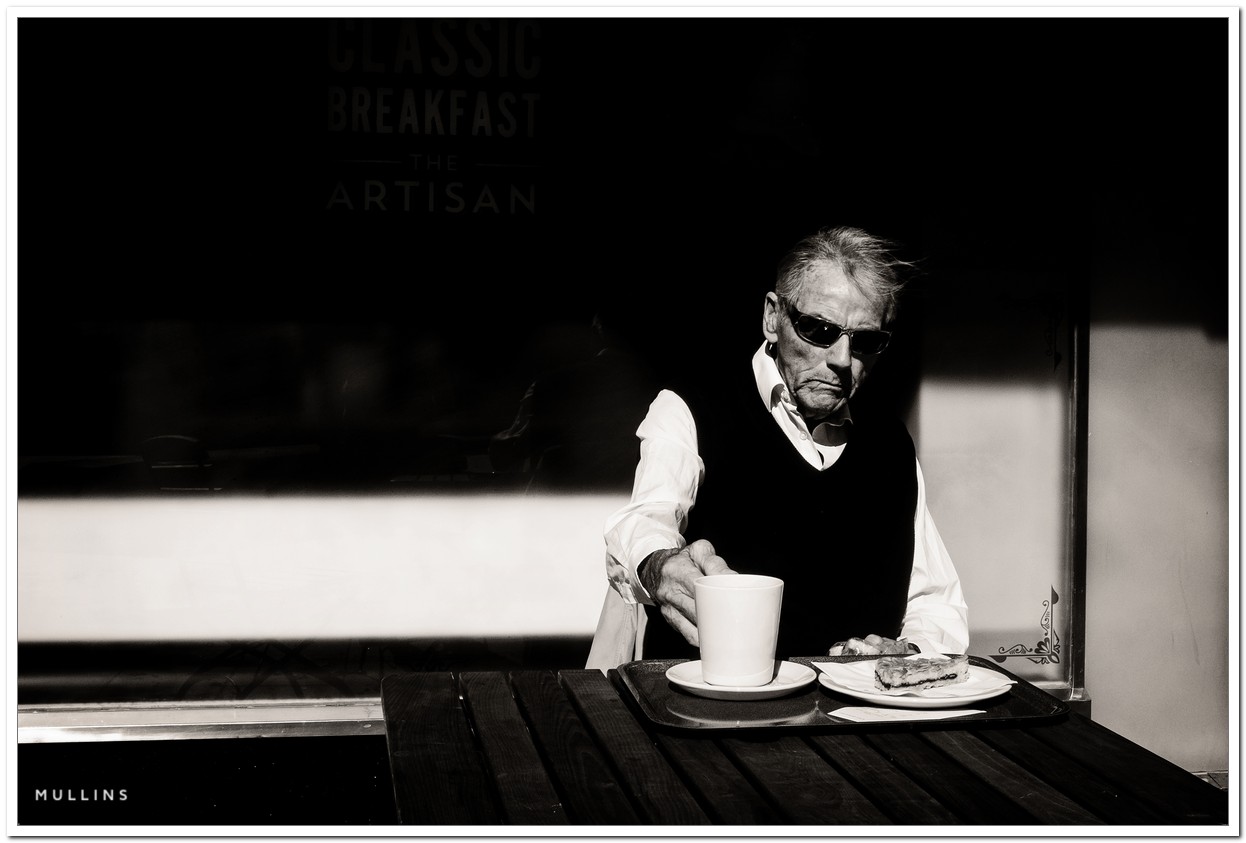 Last week I purchased a Fuji X-T10 as I wanted something a little smaller than the X-T1, but with interchangeable lens options, for my street photography.

Although the camera has been out for a while, I’d never actually used one until my one arrived. But as soon as I got the camera I immediately knew it was going to become my 27mm pancake lens camera option.

The 27mm is a lens I love to bits.  It’s also a lens I’ve lost twice and I’m now on my third XF27mm lens and I suppose it’s a testament to just how small this lens is that I keep losing them!

I won’t be using the X-T10 as a wedding camera; for me, it’s not quite at the level I need for me to be comfortable shooting weddings with it.

However, it will likely be one of my backup cameras for weddings and it will definitely be a camera I take on my street photography trips out.

It really is a very discreet camera.  Couple it with something like the 27mm lens and you can really just blend in and behave like anybody else with a small point & shoot camera.

These are just a few processed snaps from a day I spent in Southampton running one of my street photography workshops.

“I’m a huge fan of the 27mm lens and I think I’ve found the perfect compliment for it in the X-T10.”

I’ve recently been using a prototype of the new Camslinger Streetomatic which is an upgrade to the version I’ve been quite comfortable with for a while.  The new bag is PERFECT for street photography. The clasp is better and yet it’s still possible to quickly remove the camera with one hand and start shooting.  I used it with the X-T10 and 27mm lens.  I had plenty of room for two spare lenses, my wallet, phone and notebook etc. 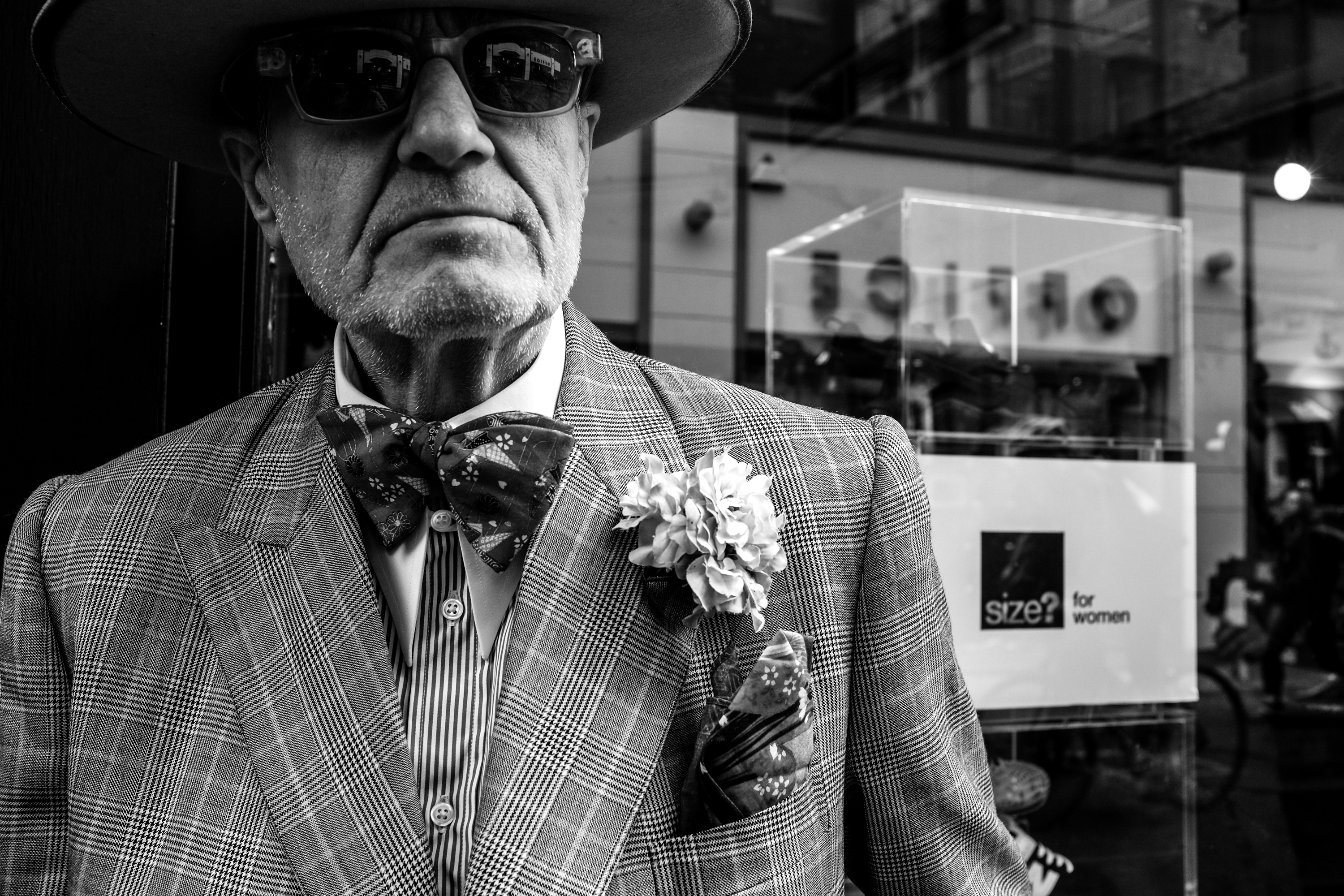 The guys at Fujifilm asked me to put something together for fashion week, in the past I have shot for a few different designers & the principal sponsor of the event when it was held at the Natural History Museam & the opulent ‘Somerset House’.

This year it all moved into the heart of the West End, where the streets are the real stage!

“Fashion may come and go, But Soho’s always got Style”

All of these images were shot on the Fujifilm X100T

Tweets by sinbadphgura
Filed under Be Inspired photographs Reportage Street