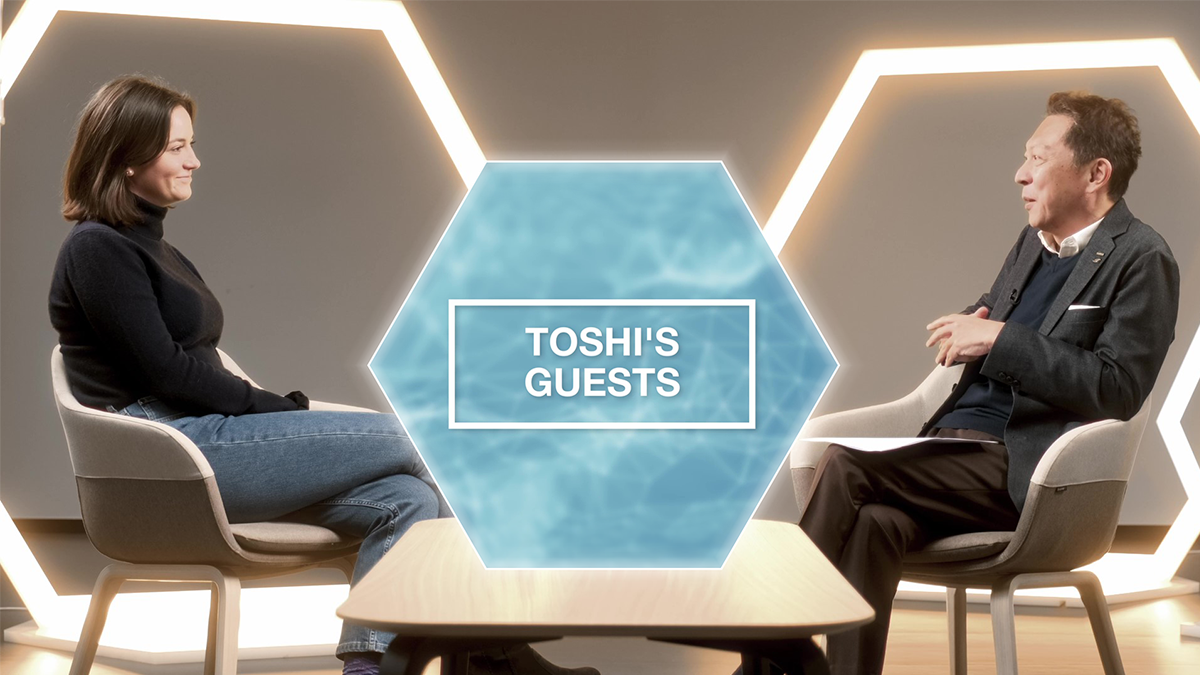 Welcome to the interview series ‘Toshi’s Guest’ where Toshi Iida, President and Managing Director of Fujifilm Europe, welcomes different guests from the company. He meets and interviews interesting women through Fujifilm Europe while learning about their soft skills, goals, and roles as professionals, leaders, mothers, and women.

The new year starts with Annika Schulz as an interview guest, who is Internal Communication and Branding Officer for Fujifilm Europe.

Starting her career as a dual student at Fujifilm, Annika has constantly evolved and becomes now an important member of the European Coproparte Communication team, based in Ratingen. Her out-of-the-box thinking, big passion and enthusiastic energy have led her to achieve some great achievements.

But for Annika, there is nothing such as great success. She aims to be the best version of herself every day and for the maximum outcome of every project also if this means walking the extra mile. 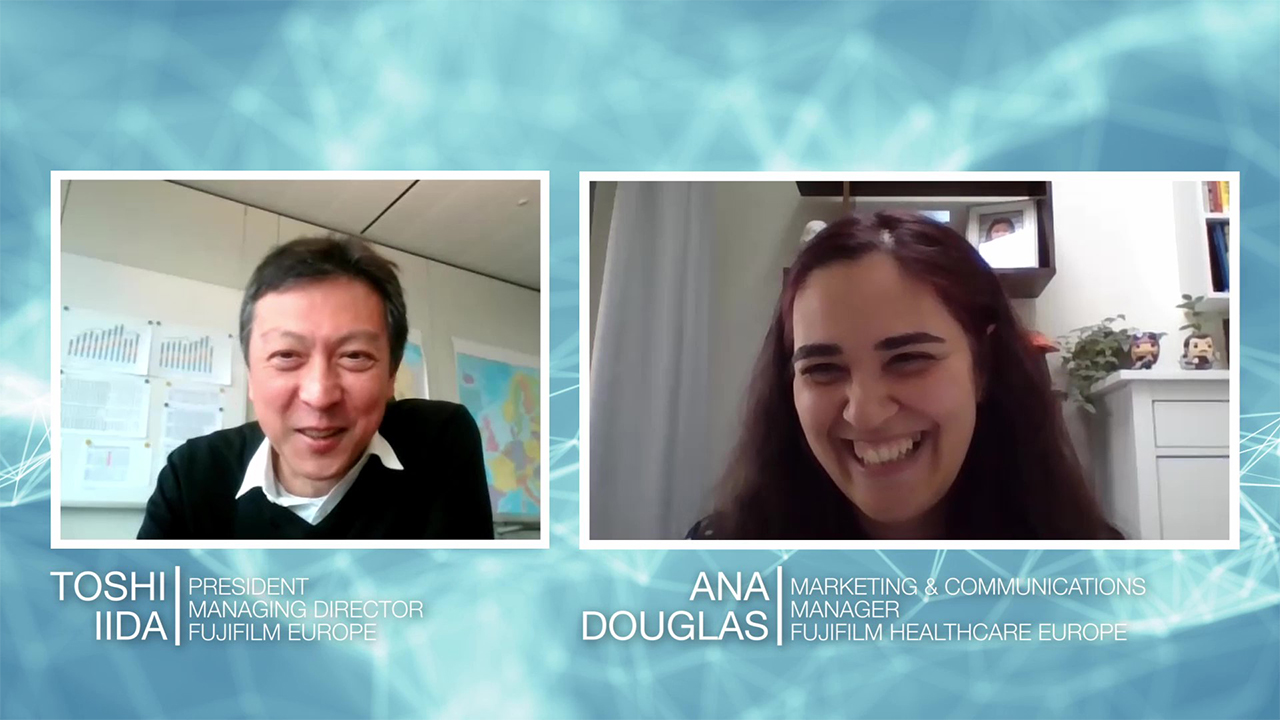 Welcome to the interview series ‘Toshi’s Guest’ where Toshi Iida, President and Managing Director of Fujifilm Europe, welcomes different guests from the company. He meets and interviews interesting women through Fujifilm Europe while learning about their soft skills, goals, and roles as professionals and leaders and as mothers and as women.

Today in the spotlight: Ana Douglas, Marketing and Communication Manager for Fujifilm Healthcare Europe, who is based in Den Haag in the Netherlands.

It’s important to understand the way people think and what makes them thrive.

During her varied day, Ana sees herself as a connector, by establishing good relationships and collaborating with the country teams, and with product divisions, to make activities cohesive and outstanding. Keeping up with the trends inside and outside of Fujifilm and looking for opportunities to communicate the brand in a unique way is what keeps her going.

Here it is helpful to bring a huge dose of resilience, empathy and respect for everyone’s opinions.

Besides a full-time job and constant education to keep her skills up to date, she is a mother of a 7-year-old girl and has three dogs. The key to balancing all these things in her professional and private life is for her: Time management. 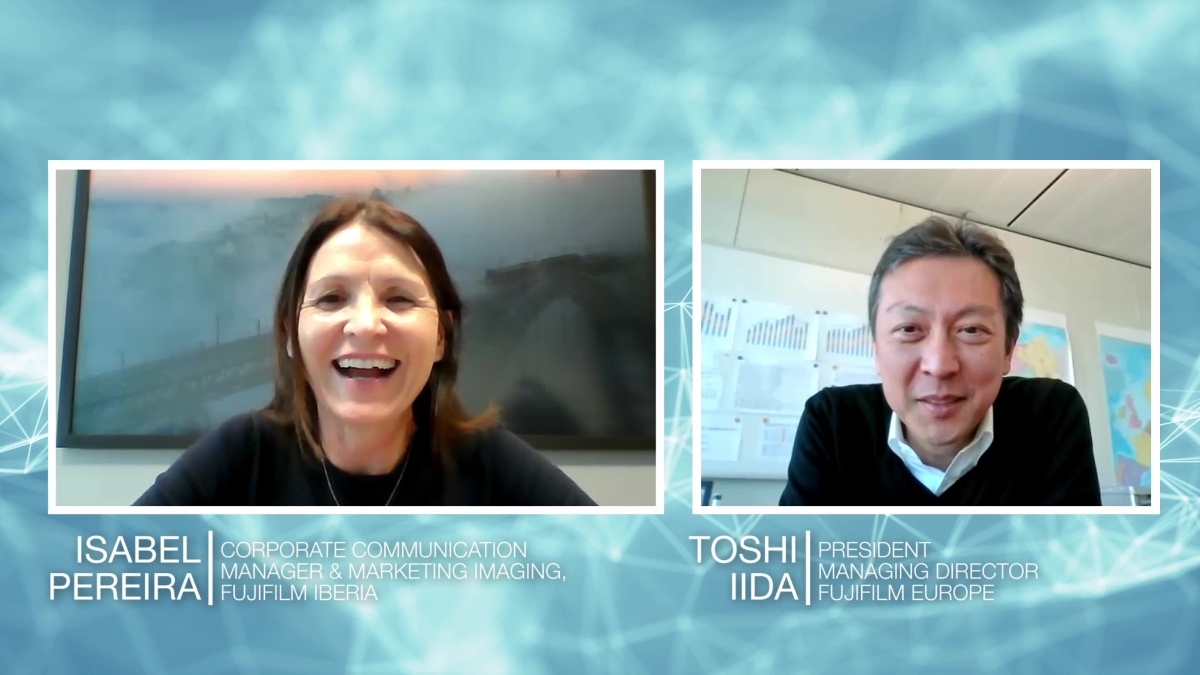 Welcome to the interview series ‘Toshi’s Guest’ where Toshi Iida, President and Managing Director of Fujifilm Europe, welcomes different guests from the company. He meets and interviews interesting women through Fujifilm Europe while learning about their soft skills, goals, and roles as professionals and leaders and as mothers and as women.

Being the interviewer was a completely new task for me, which was very refreshing and made easy by the women.

The first guest is Isabel Pereira, who is Corporate Communication Manager and responsible for Marketing Imaging in Fujifilm Iberia. She is part of the Fujifilm Family since 1992 for 30 years now. Communicating and interacting with other people as well as facing different challenges is her favorite aspect of the job. Soft skills such as curiosity, creativity, the ability to communicate and being open-minded are guiding and motivating her in conducting her role.

Once best known as a leading maker of photographic film, Fujifilm has reinvented itself through innovation and diversification into new business areas.
“How Fujifilm’s Innovation Has Made It Prime for the 21st Century” is an interview with Teiichi Goto, President of FUJIFILM Holdings, who talks about Fujifilm’s innovation, leadership, and other features.

“We utilized our expertise in the photographic industry to build a new base for the business, allowing our extensive portfolio to become highly rational and technologically in sync. Under the slogan of “a second foundation”, we implemented a series of reforms which allowed us to not only survive, but thrive as a first-rate enterprise.”

Since its founding in 1934, as a maker of photographic film, Fujifilm’s story has been one of technological excellence and diversification in keeping with changing times. Foreseeing the advancement of digitization in the marketplace, it boldly embarked upon the challenge of developing digital imaging cameras and other key technologies in the digital era.

With demand for photographic film declining sharply since 2000, Fujifilm leveraged its expertise to push growth in healthcare, materials, and business innovation.

Fujifilm’s corporate slogan, “Value from Innovation”, reflects its commitment to creating innovative technologies, products, and services to provide new value to the world by taking on challenges and growing together with the spirit of “NEVER STOP”.

The two phrases “express our corporate stance, our DNA, and represent our strong will to continue to improve and make society, the world, and the future better,” says Goto.

Teiichi Goto puts emphasis on “trust” and “integrity”, which he describes as “the most important values underlying the corporate culture of the Fujifilm”. This has set the foundation for the company, and it will continue to grow its business through implementing new initiatives with an eye on the future.

Read here the full article: The Pursuit of Innovation | Fujifilm which has been produced in partnership with CNN International Commercial and FUJIFILM Global.

Filed under about us Interviews Spotlight