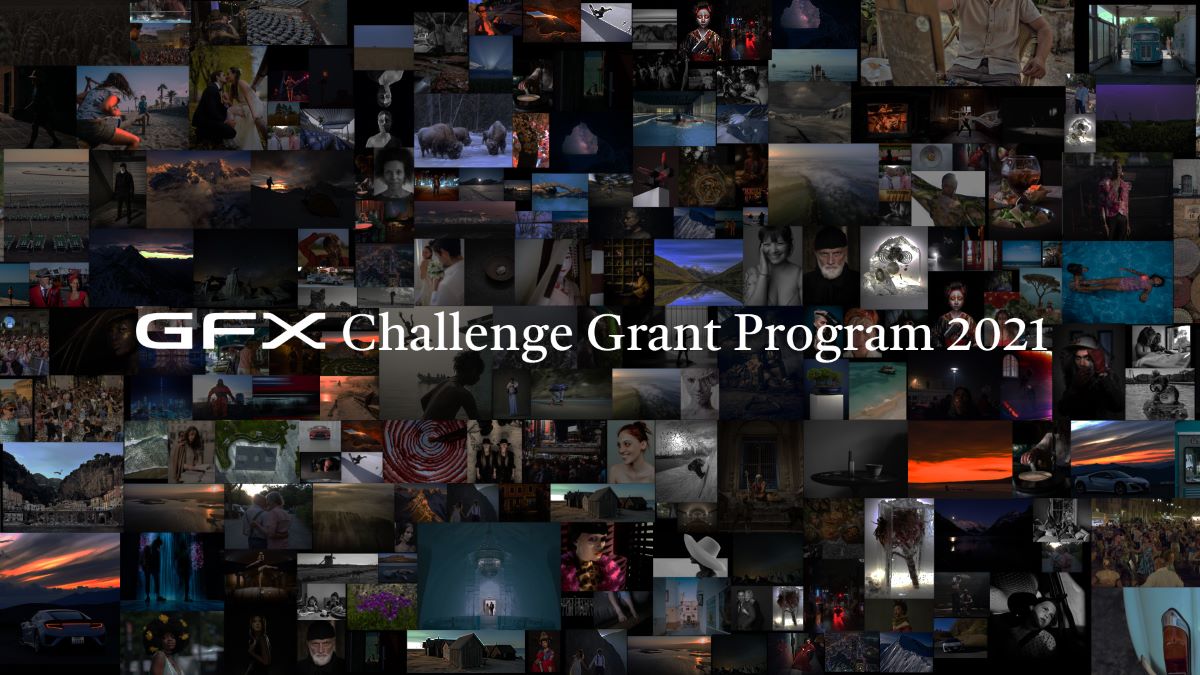 The GFX Challenge Grant Program 2021, sponsored by FUJIFILM, is a grant program that awards 5 Global Grant Awards and 10 Regional Grant Awards to help aspiring creatives bring their imaging projects to life. It is designed to nurture and develop the skills of emerging and promising content creators, giving them the opportunity to create content on topics that have significant meaning to them, while gaining experience using FUJIFILM GFX System gear.

Proposed projects may be submitted as still photography or in a movie format. Submit a project proposal now for a chance to receive one of the desired awards, and take the first step in turning your creative idea into reality!

At the conclusion of the production period in August 2022, the award recipients’ final content will be showcased on the Fujifilm-X website.

Filed under Be Inspired blog photographs 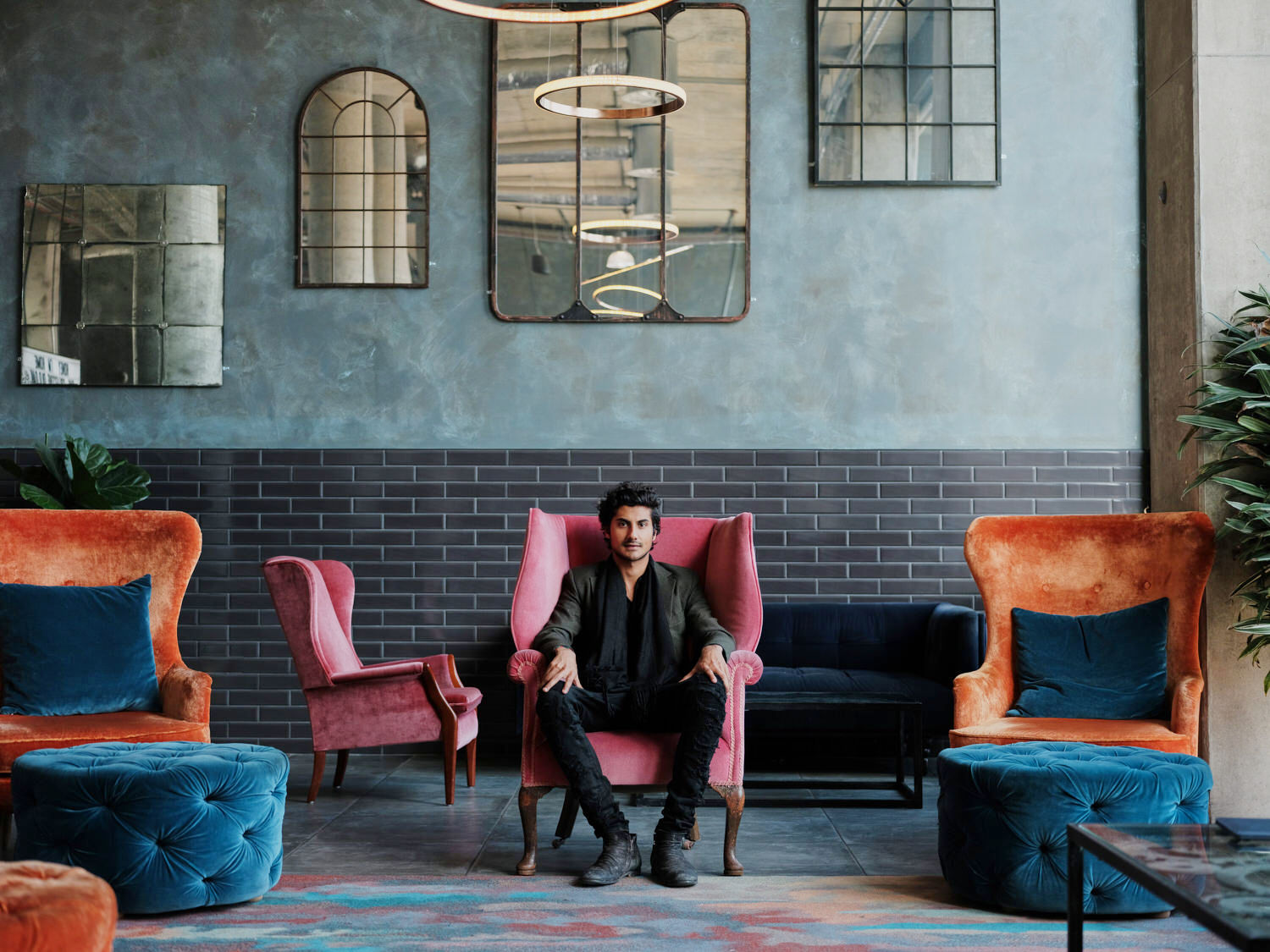 X-Photographer Jamie Stoker is a freelance portrait and fashion photographer based in London. Having used the X Series ever since it was first launched, Jamie loves the combination of the range’s compact design, great image quality and colours. In this article, Jamie shares how he uses the cameras and an insight into how he works as a professional photographer.

END_OF_DOCUMENT_TOKEN_TO_BE_REPLACED 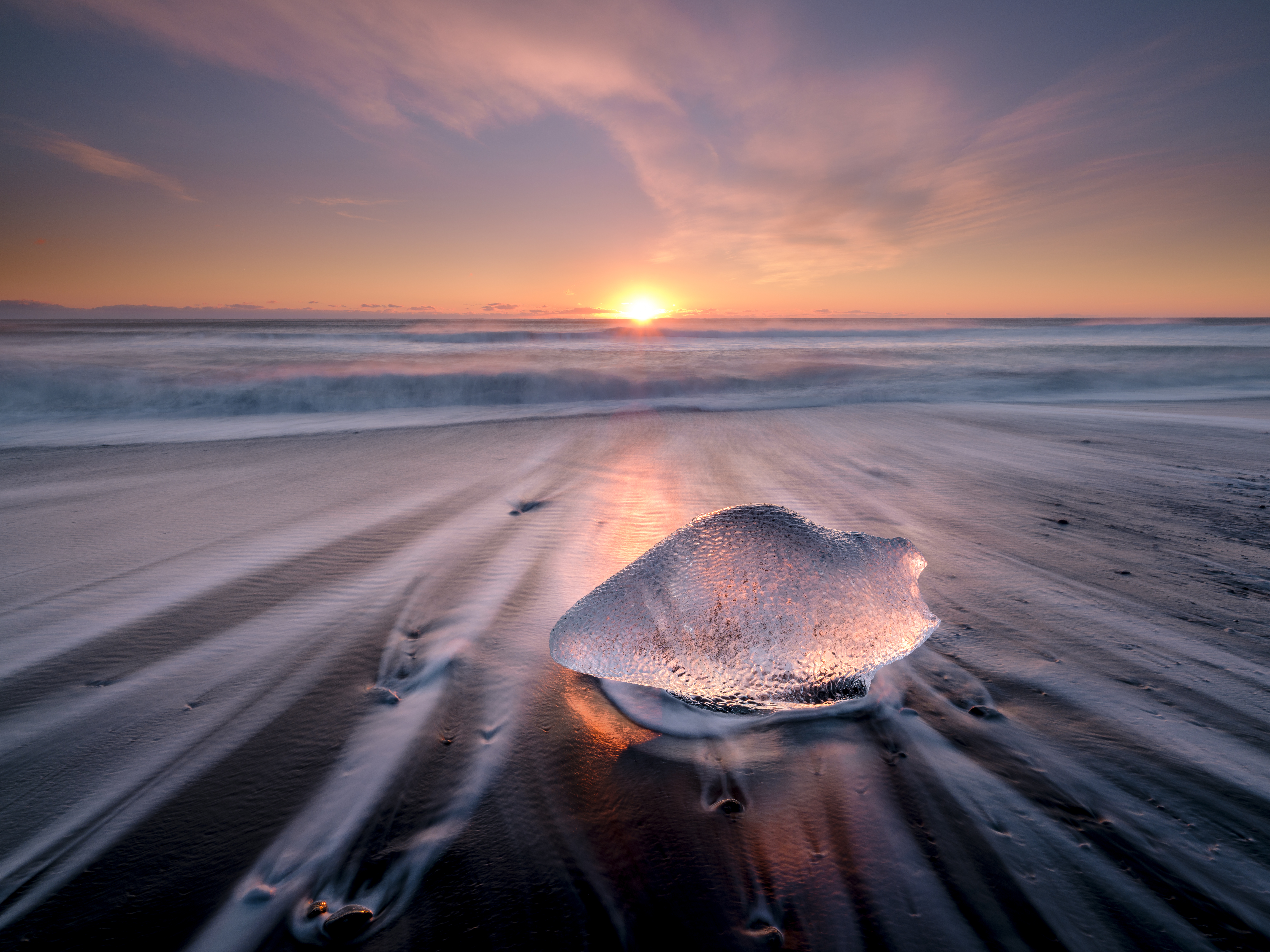 I’ve been shooting with the medium-format FUJIFILM GFX 50S since early April 2017 and have been more than impressed with its performance as a landscape camera. But for a camera to be truly usable by landscape photographers it has to be able to withstand the elements and, until recently, it would be fair to say that my GFX had had a fairly sheltered life. I was keen to see how it would perform in harsher environments, so took it with me on a recent trip to Iceland; this also gave me the opportunity to test its high ISO performance while shooting the Northern Lights.

I’m lucky enough to have visited Iceland on numerous occasions and it remains one of my favourite destinations for landscape photography; there really is nowhere else like it. On this occasion, I was co-leading a workshop and we were based on the south coast, beginning the tour near the town of Höfn and working our way back west. On this trip, we were able to include the ‘must-see’ locations of the Stokksnes Peninsula, Jökulsárlón glacier lagoon, the beach at Vik, with its dramatic rock stacks, and many places in between.

The weather in Iceland can be harsh, to say the least. On this trip we experienced winds which threatened to knock us off our feet and temperatures which dropped below minus 10. Perfect for finding out how tough the GFX is. Despite the unpredictable weather, winter remains my favourite time for visiting Iceland: changeable weather makes for dramatic conditions and the low winter sun means that there is a permanent ‘golden hour’ during the day.

The good news is that the GFX held up really well under some tough shooting conditions. The environmental sealing was given a severe test on a morning when there were gusts of wind so strong that we had to kneel down and cling on to our tripods to prevent kit from flying off into the distance. The wind whipped up the gritty, volcanic sand from the beach and sea spray coated all our gear. None of this bothered the GFX, which didn’t miss a beat and allowed me to grab some shots in between the gusts.

On the days when we were able to stand up, we were treated to some exceptionally good light – a fabulous sunrise on the famous ‘ice beach’ at Jökulsárlón and a colourful sunset at Vik. Fujifilm has an excellent reputation for colour and it goes without saying that the GFX captured beautiful colour on these occasions, but the sensor’s wide dynamic range was also a key factor in being able to make the most of the conditions, especially at Vik. Because of the shape of the cliffs there, it wasn’t possible to use a graduated filter to darken the bright sky; however, filtration proved to be unnecessary, as it was possible to capture the full range of tones without a grad.

The ability to set different aspect ratios in-camera is a feature which frequently comes in handy and it did once again on the Iceland trip. Not all scenes will suit the native aspect ratio of your camera, whatever it is, so being able to experiment and see different ratios in the viewfinder, rather than having to try to visualise them, is a real boon. I found, for example, that a square crop or 3:2 ratio made for a better composition at Vik than the GFX’s native 4:3.

Of course, one of the main reasons photographers visit Iceland is the Northern Lights. I’ve been lucky enough to shoot some really good displays over the years, but sadly, that was not to be the case on this trip as we suffered a lot of cloudy skies and low activity on the nights which were clearer. On the one night that we had a reasonable display, strong winds restricted our viewpoint to a sheltered spot where it was hard to get a good composition. However, this didn’t stop me being able to assess the GFX’s technical performance and its suitability for astro work.

The main things to be aware of when shooting the Northern Lights are getting enough light on the sensor to record an image while keeping the shutter speed short enough to avoid star trails. Depending on the focal length used, 15-20 seconds is usually a good maximum. This means that in order to get a usable exposure, you will need to use a high ISO and open up your lens to its widest aperture. Having a lens with a fast maximum aperture such as f/2.8 is desirable and as there are no native Fujifilm wide angles faster than f/4, I had considered adapting a third party lens for the trip. In the end, however, I decided to take the GF23mm and trust that the GFX’s high ISO performance would compensate for not being able to shoot wider than f/4.

The GFX acquitted itself really well; high ISO noise is impressively low and the nature of the noise fine-grained and therefore easy to deal with in post-production; a fast wide angle lens is certainly desirable but you can live without one and I’d certainly have no reservations about using the GFX + 23mm f/4 combination on my next Iceland trip. Another important point to bear in mind when shooting the night sky, is being able to find true infinity focus – not always straightforward with modern autofocus lenses. Using the distance scale in the EVF meant that this was a simple matter with the GFX and GF23mm – another point in its favour.

Iceland is always great fun and I’ve never failed to come back with interesting shots. This trip was no exception and there was the added benefit of my gaining increased confidence in the GFX system.

SEE MORE OF THE WORLD

The FUJIFILM GFX 50S delivers the world’s best image quality. It combines outstanding resolution of 51.4 megapixels with exceptional tones, advanced color reproduction and high-performance lenses. This level of image quality is purely motivational. The world around you changes the moment you hold this camera in your hand. Appreciate all that can be achieved with Fujifilm’s new medium format mirrorless camera system, GFX. 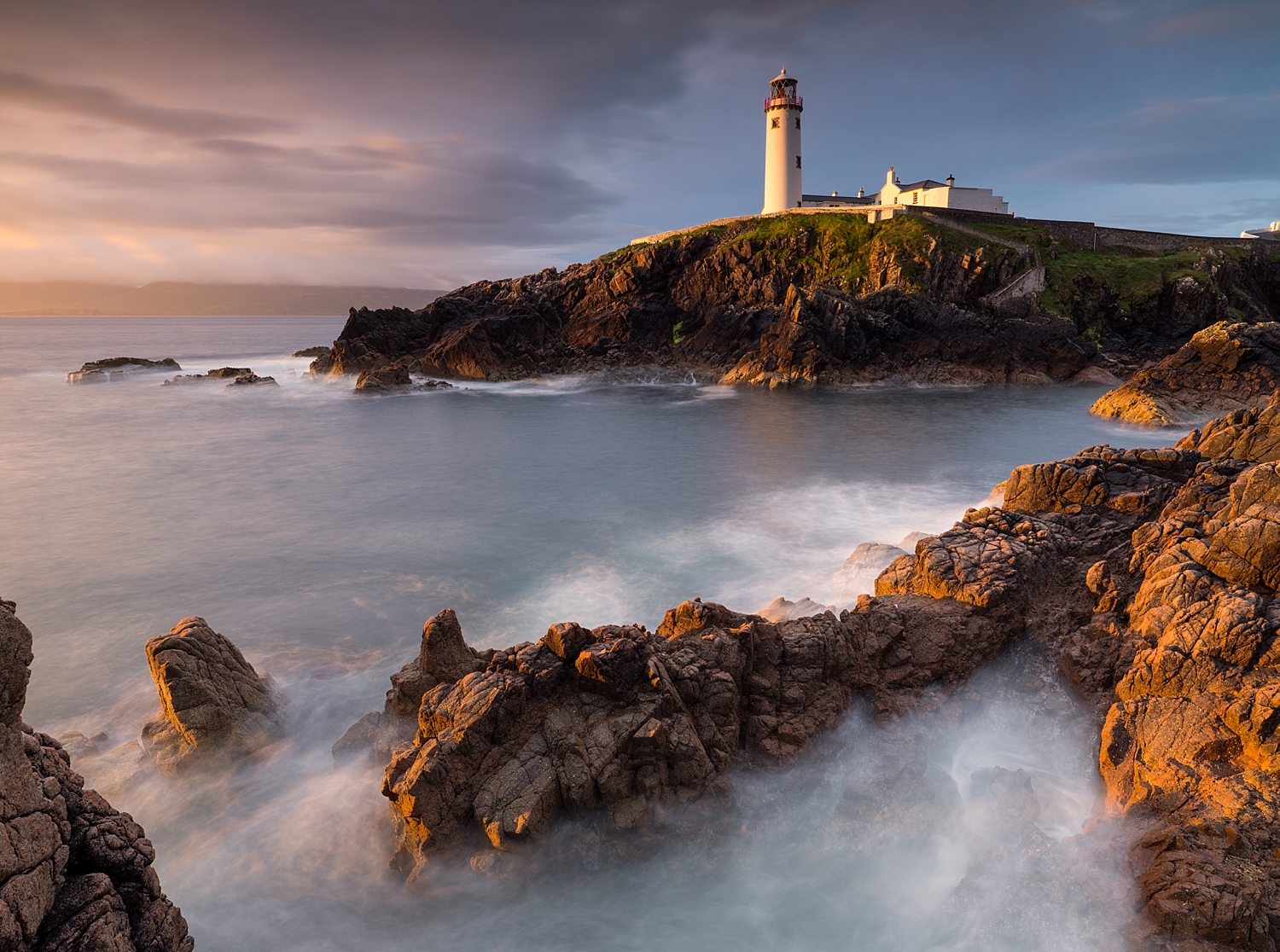 Professional photographer and current PPANI Landscape Photographer of the Year 2017, Steven Hanna is from Northern Ireland and specialises in wedding and landscape photography. The FUJIFILM X-T2 and FUJIFILM X-Pro2 are his usual weapons of choice, however eager to try out the FUJIFILM GFX 50S, Steven recently put the medium format system through its paces. In this interview, we find out how he got on.