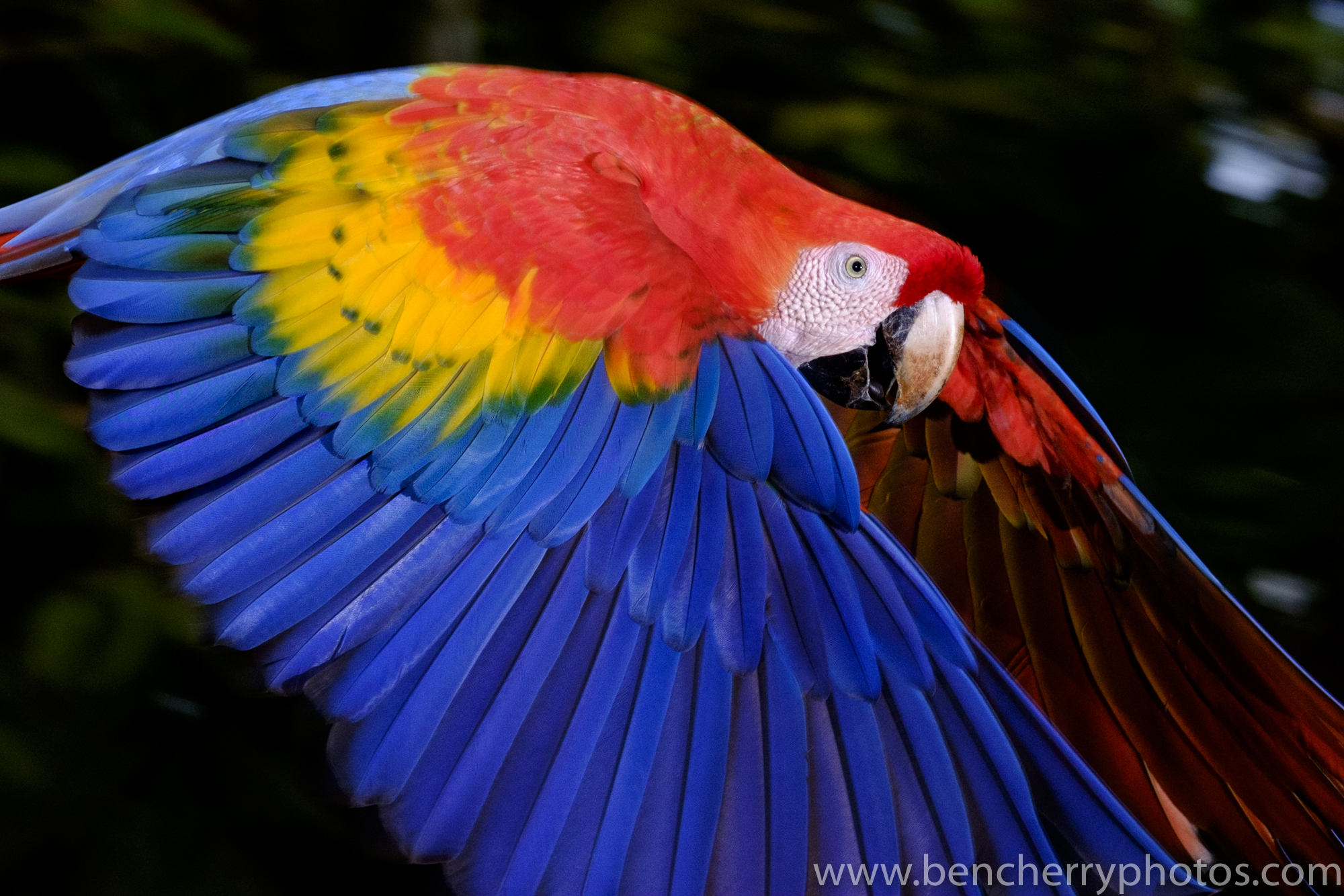 There are many photographs which are taken in ‘the moment’ where something happens and if you know your camera well enough you’ll be able to quickly respond and get the shot. However, sometimes you have an image or story in you head that you simply can’t move past.

In this new series we are going to look at some examples, where photographers have to dig deep, problem solve and follow their vision. Hopefully lifting the veil on the phrase “Wow you were so lucky to be there just at the right moment, all of those factors came together”. What I’ve come to realise over the past few years is that if you look at the great photographers of our time, many have one thing loosely in common – time. Time to hone an idea, experiment with a subject, to get under the skin of a location, ultimately to fulfil an idea.

I spent the second half of last year working as a scarlet macaw researcher (I’m also a zoologist by training) studying a reintroduced population in a rural part of South-Western Costa Rica. What this gave me, more than any other opportunity so far was that same key factor – time. Quite quickly into the placement I became fascinated with these gorgeous birds, it’s pretty easy to see why.

Away from their clear beauty, I wanted to show these impressive birds flying through the rainforest, how their vivid colours stand out so bright against the green dominated background. But there was one key issue – light. Rainforests are notoriously difficult to photograph any form of action in because they are so dark. The canopy above absorbs the vast majority of the harsh tropical sunlight, leaving it surprisingly gloomy in the undergrowth. Combine that with the humidity that leaves everything with a thin layer of moisture on it (had to put my clothes to rest at the end of the placement, they had gone above and beyond the call of duty!) and you’ve got yourself a hostile environment for camera kit.
While I mention it, here is a link to a previous Fujifilm Blog on maintaining your equipment while travelling.

A common way to move around this is to use a slow shutter speed (generally your only option) and pan with your subject to capture that sense of movement. This works up to a point but I wanted to freeze the detail so I tried to implement a simple on-camera-flash approach… Again it was progress but not what I wanted to finish with.

Flash on camera approach
NOTE – I was cautious with the birds in regards to using flash (as you should always be with wildlife), these were wild birds, but because of my research position I was in relatively close proximity to them. They were not disturbed by the flash while in flight, however I was aware that I needed to keep the number of flashes down as much as possible per encounter.
Here is a video that we produced midway through our placement. Showing the initial results and set up as well as some of the problems.

As the X-Series continues to develop, so does its autofocus capabilities. I’ve recently played with the X-Pro2 and wow, it is a definite improvement over the X-T1, which in itself is so impressive considering where the camera started and where it is now thanks to firmware updates. However, even the best cameras in the world would have really struggled with what I was attempting. Tracking a flying macaw under the rainforest canopy, flying at serious speed from tree to tree! This unfortunately meant that focus tracking was out of the window. But as time went on, I began to understand the routes the birds would fly, this allowed me to prefocus and develop my photo idea further.

With refocusing there still needs to be a degree of flexibility to keep the subject sharp. After all this is a wild animal and it isn’t on a scalextric track from tree to tree, they would often deviate by metres. To minimise these missed opportunities, I needed to use a relatively high F-Stop (F8-11) to allow me a good percentage of sharp images. However, high apertures need lots of light and to make it even harder I needed to use my flash(es) at 1/8 power output or faster. The reason for this is the relative time the flash fires for between full power aka 1/1 and quarter power (1/4), those flash duration are long enough for there to still be some motion blur as the birds are moving so quickly. 1/8 power freezes the birds in flight ensuring sharp details can be seen. HOWEVER, that is all well and good but when using F8/11, 1/8 flash power output and while trying to just about overpower ambient light, you need more than one regular flashgun to make this happen!
This was a key part of the project, it was initially all about finding a balance between the ambient light and the flash so I could still capture some of the surroundings, making it less of a studio shoot. To make this a reality I just dropped the shutter speed from the max sync speed of 1/180 to between 1/60-1/30. The flash would fire and freeze the details of the macaw but the slower shutter speed would create some motion blur and allow enough light from the background to reach the sensor to register the lush green environment.

I really like using a wider focal length with the macaws, however as the previous image illuminates, it often includes part of the canopy in frame. Light which penetrates the canopy shines down creating these blown out highlight trails. Sometimes these work quite nicely, but often they are difficult to make work, especially if the birds fly in front of a canopy gap, then you get these weird looking highlights cutting through the flapping wings!

Fujifilm launched the update for the X-T1, allowing flashes to be fired in continuous shooting mode the week I left Costa Rica! Unfortunate for me, but it made for an interesting process, certainly a character building one. With ALL the other factors that had to be dealt with, I also only had one chance to take a shot per flyby! As you can imagine this got pretty darn infuriating at times. There were many times where I clicked at the wrong time and missed part of a wing, or got the wings up when I wanted them down etc.

Quite a strong light on the face that cast a shadow on the wing.

A softer light but less detail in the wings.

Better detail but just snagged the wing!
Then I raised the shutter speed to try and freeze the bird against a darker background. The reason why it is darker is because little of the flash light is aimed at the background (as multiple flashes were involved, all pointing toward the bird from different directions) and the shutter speed was now was 1/180 (max flash sync for X-T1) so it was 3/4 times faster than previous images.

Focusing on freezing the macaw.

I like the balance of blur and sharpness in this one.

Zoomed in to get more of an impact image.

All in all this process went on for three/four months. It was a very interesting exercise, and laying the photos out like this you can see how the project steadily developed. Often with projects like this it is all about problem solving, from fixing kit in the middle of nowhere to getting around problems out of your control, such as the flash-camera interaction. Though incredibly frustrating at times, it was a brilliant experience and yielded some good results by the end.

Here is a 2 minute something video visually summarising my project and its issues.

Hopefully what you will take from this is that if you have an idea, don’t give up at the first hurdle, break it down bit by bit and steadily you can make progress.
What projects are you working on with your X-Series? Why not let Fujifilm UK know, the community is teeming with talent, ideas and people willing to lend a hand – lets bounce ideas off each other.