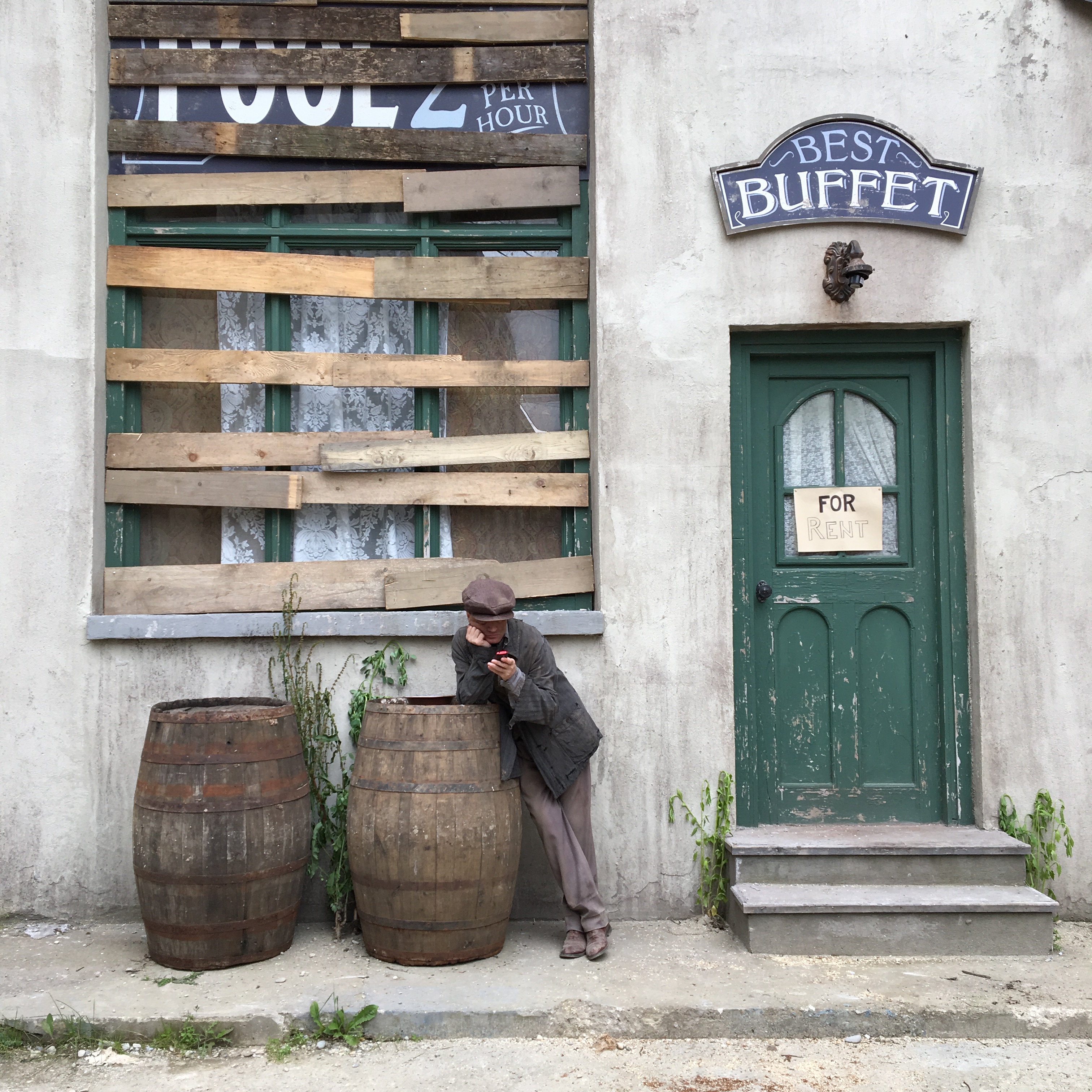 Earlier this year Castel Film Studio in Bucharest, Romania, underwent a dramatic makeover. The studio’s backlot streets, previously the location of a Gothic horror movie, were re-modelled into 1900 Milwaukee, the setting of a new movie set in the American Midwest at the turn of the century. A cast of American and British actors filmed over 3 months, helped on a daily basis by up to 500 Romanian extras and backgrounds actors.

As the stills photographer on the film, I took the opportunity to use the X-Pro2 on set for the first time. Stills cameras on movie sets – usually SLR’s – have to be silent to prevent any shutter sound being picked up by microphones or disturbing the actors during a take. To silence the shutter the camera and lens is housed inside a blimp – a soundproof housing that lets you shoot during the filming of a scene. Heavy and slightly awkward to use, the blimps have only limited camera controls on the outside; changing camera settings necessitates opening the housing. The silent shutter mode of the X-Pro2 was immediately attractive; and shooting without a blimp meant saving 1.4 kg of weight around my neck.

Stand-in actress on interior set during lighting set up

I used the X-Pro2 extensively to photograph the extras and a lot of the set decoration, often switching the format on the X-Pro2 to a 1:1 ratio. This allowed the pictures to be quickly uploaded in square format on to social media to market and publicise the movie. Light levels on set, especially the interiors, were often very low, and the X-Pro2 at ISO 4000 with the XF35mm f1.4 lens worked amazingly well, even when shooting at maximum aperture.

There are a number of great features on the X-Pro2; the format change option, live view when changing colour temperature selection, and the silent electronic shutter are among many outstanding choices. One irritation I have with the camera is the battery life – it’s not the best so I always carry spares.

Animal wrangler resting between takes with his horses

I am currently working on a film in Germany, and am now using two X-Pro2’s with 23, 35 and 56mm lenses. So have I given up on the heavy blimp and SLR combination and switched over entirely to X-Pro2’s? No not yet; there are still some on-set circumstances where the SLR & blimp combination works better for me; but the size, weight, electronic viewfinder and options such as format change of the X-Pro2’s is pushing me ever closer to the edge of change.

Filed under Be Inspired photographs Reportage