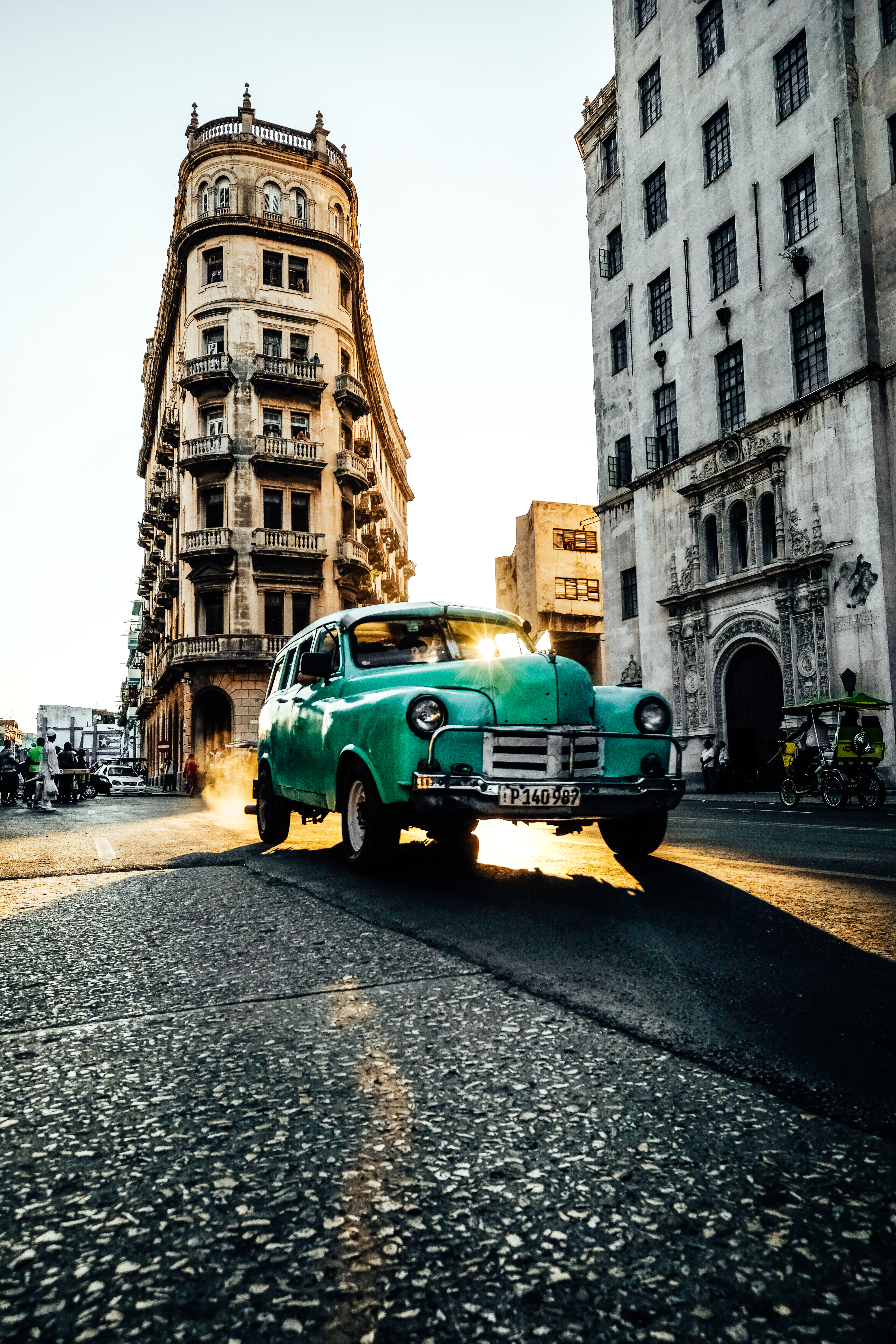 I’m often asked, “How excited are you for your next trip?” The truth is, the anticipation for adventure never really kicks in until the abrupt lift off from the airport runway – signifying the beginning of a new chapter on my photographic journey.

After a 4-day long tour traveling with musical artist Marshmello through several states, we ended our final show at 3:30 AM in Las Vegas on a Sunday night. Immediately following the show I rushed up to my room to grab my bags and headed straight for the airport. After a 5:00 AM flight, I arrived at LAX where I met my cousin Haroon and childhood friend, Joon. Despite running on no sleep, we made our way to our connecting flight. A short layover and a several hour flight later, we arrived in Cuba.

From the moment we exited the airport doors of Jose Marti International, taxi drivers lined the terminal swiftly coaxing the array of people to follow them to their cars. Being able to speak Spanish has proven valuable on many occasions, and helped us find a fair deal for such a late time of the night. The 30-minute drive from the airport to our apartment in the city of Vedado felt like Havana’s version of Tokyo Drift, lead by an aggressive local cab driver in his beat up old school car. Weaving through pedestrians, alleyways, and several animals we made it to our apartment in one piece. Upon arrival the driver insisted the price was higher than he had agreed upon, introducing us to our first taste of the local Cuban hustlers. After relentless persistence from the driver, we settled for a new deal and made it up to our apartment to call it a night. As I went to bed, I couldn’t wait to explore the city of old Havana, Habana Vieja, in the morning.

Before I visit a new destination, I always do my research to ensure that I’m well prepared, know what to expect, and plan out locations to shoot. After taking our first cab ride in an old school car, or coche viejo, to Habana Vieja, I quickly learned that Cuba is by far the most unique country I’ve ever visited. The shock factor of wandering the post-apocalyptic streets of Habana Vieja made it nearly impossible to comprehend what I was seeing. The streets were lined with colorful decaying buildings guarded by locals who spend much of their day on their front porch observing their surroundings. From stray dogs to barefoot kids running through alleyways playing soccer to the cigar-selling hustlers on every street corner, the ambiance of the city was something you have to physically experience to believe.

The most exciting aspect of this trip was the addition of my Fujifilm X-Pro2 to my X Series arsenal. After my first day with the camera, I immediately fell in love with the system. My favorite aspect of the X-Pro2 is the aesthetic of the body. The sleek, classic design avoided the intimidation of the locals when I kindly would ask for their portrait or to enter their residence. Whether the body was accompanied by the compact FUJINON XF10-24mmF4 R OIS, XF35mmF1.4 R, or the XF55-200mmF3.5-4.8 R LM OIS, the camera always stunned the locals when they asked to see the images.

While I did encounter a couple strict denials from potential subjects, the sketchiest moment of the trip took place when I noticed a very interesting opportunity for a photograph of a mother and her infant son. When I approached what appeared to be their home, I realized it was the gateway to an entire storage lot of bike taxis. Slowly making my way forward, I called for the attention of the mother to softly introduce myself and ask for permission to take a photo. As she shook her head no, a dog that looked like a hyena out of The Lion King on steroids emerged from the darkness and bolted towards me, snarling and foaming from the mouth. I took off, and after a few blocks I made my way back to meet with my friends, avoiding whatever plans the mutant dog had for me.

As the day continued, we explored just about every neighborhood we hadn’t seen in the area. Thanks to my cousin’s strong sense of direction, we continuously encountered new people, hole-in-the-wall restaurants, and a wide variety of subjects throughout the day. From the reflective puddles, to the daily life of the Cubanos, to the hissing hustlers of the streets, there were endless moments to photograph. We ended the day off along the seaside Malecón street for sunset. The array of classic cars, ocean views, and fisherman lining the Malecón made it one of my favorite spots in all of Havana. I was able to document the experience in all of its glory with the help of my X-Pro2 and FUJINON XF10-24mmF4 R OIS lens. After a very eventful first day in Havana, I could not wait to experience what the city would have to offer throughout the rest of the week.

Filed under Be Inspired Travel X-Photographer