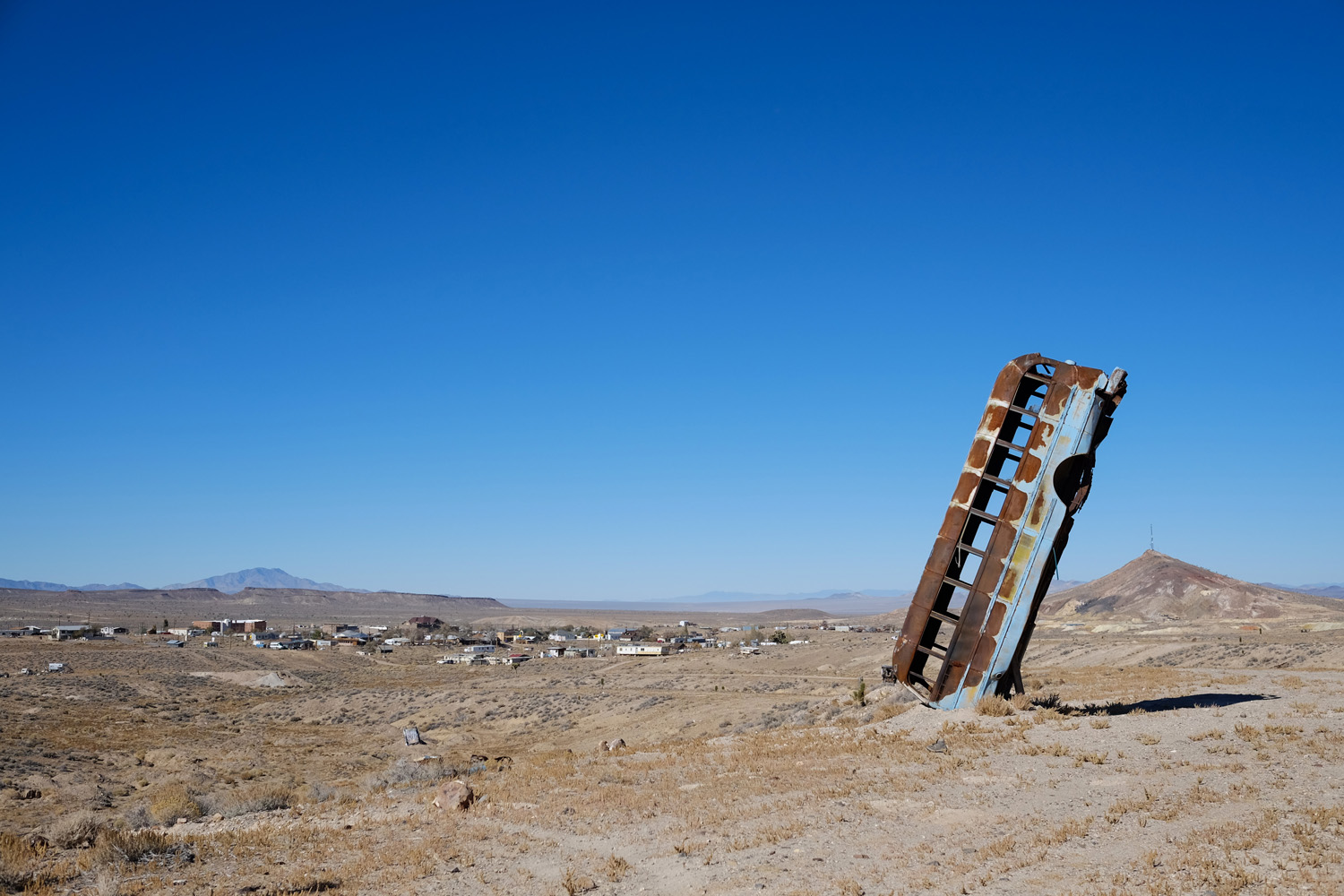 I’m a people photographer normally – portraits, the odd wedding and so on. But on this trip I decided I’d give landscape photography my first serious attempt ever, after 25 years of shooting. Of course, I’d taken landscapes before when I happened to come across something that looked good but this was different: I’d make sure I got to the right place at the right time for the best light even if it meant sleeping (or failing to sleep!) in the car.

Before I went I researched my route using Flickr and Google maps. The latter was especially helpful not just for seeing if a mountain would be lit at dawn or dusk but also to see what other images had been taken nearby. This pointed me towards quite a few fascinating sights that I would never have come across otherwise. In the very bottom right hand corner of a Google maps screen is a double up arrow that reveals scenes you may not otherwise have considered.

Dear reader – I even bought a tripod. Many of you will wonder what the big deal is but it went so against my usual style of shooting that it felt like a jet pilot shopping for a submarine. But as it turned out it proved invaluable.

One last act of preparation – I looked at the absolutely stellar landscape work shown on the fredmiranda.com landscape forum and learned about things like focus stacking and night photography, things I vaguely knew about only in theory. One night before I left I went out and practised the techniques, with terrible results. But that’s how I learn.

In 1993 I worked in Somalia during the war there and travelled and lived in the northern desert communities. I fell in love with the open spaces, the peace of the evenings and the huge skies. Since then I’ve visited other deserts, notably on the India-Pakistan border and Arizona. I like the open road, the small communities and the sense that in the desert everyone can just be themselves. It is the polar opposite to the metropolitan posing of modern cities. In England I live in a small village on the doorstep of the Peak District National Park. Manchester is very close but I rarely visit.

I wanted to shoot the road, the space, the ghost towns, the mountains and the night skies, with a detour to Yosemite. There are so many fantastic wilderness parks on the Nevada/California border that going to LA or San Francisco was never an option. One tip though – when they say don’t walk in parts of Death Valley after 10 am they mean it! I once walked out at night and got back to the car at 0845 and it was already so hot. Those pictures of graves aren’t put there for your amusement.

For the last several years I have travelled only with a Fujifilm x100 series camera – Hong Kong, New York, Volgograd, Sri Lanka and elsewhere. The x100 series are superb, not only because of the results but also because of their size and weight. But this time I’d need a bit more choice in lenses.

I decided to take the X-T1 and the 14, 23 and 56mm lenses. These are widely recognised as the best primes available (although the new 16 may have usurped the 14, I don’t know for sure yet). The 23mm would be my standard landscape lens, the 56mm would give me the extra reach one sometimes needs to isolate part of the scene and the 14mm would be perfect for night sky photography as it allows a 25 second exposure under the “600 rule” that governs whether stars are rendered as points or streaks.

The 18-55mm was under consideration but although it’s good, these other lenses are fantastic. The difference does really show.

I also took my new Manfrotto 055 tripod, 4 batteries and a remote cable release as well as a charger that allowed the batteries to be recharged while driving. Definitely a bonus for this kind of trip. I also took a big LED video light that allowed me to get set up in the moonless desert night and sometimes to light paint foreground rocks. Backlit dials and controls would be nice but are probably impractical in a small camera.

Although I shot everything in JPG+RAW, all the final images except the night shots were actually from the in camera JPG’s. I used the Astia setting for all of them – it helped keep the set coherent and provides great colours without the overblown look that Velvia brings. In particular Astia renders skies very well, better (to my taste at least) than any of the other settings.

In general, I shot in Aperture Priority and used the Exposure Compensation Dial to give me the look I wanted. For some shots, especially those shot in the evening or at night I used manual exposure. One morning I rode the shutter dial all the way from 2 minutes to ¼ second as the sun rose over a freezing mountain lake. I was inside an aluminium shelter bag loving every minute of it as the light changed. The shots were terrible, as you’d expect from someone who has never done that kind of shot before. As I say, I’m not a landscape photographer but I’m so glad I saw it.

Some things did work better than expected though. Focus stacking involves sticking your camera on a tripod (weird!) and gradually changing focus so that over the course of a dozen shots or so you have focussed on all parts of the shot. You then combine them automatically (or manually, for the masochists) in Photoshop. The 14mm is absolutely perfect for this as the manual focus “pull clutch” allows you to gradually work the focus through the scene at an optimum aperture for sharpness of f5.6. In combination with the tilt screen and focus peaking (Red High for me) of the X-T1 it really couldn’t be easier, certainly much easier than with the optical viewfinder of a standard DSLR. Because it was a new technique for me, I also took a “safety shot” at f11 in case the intricacies of the procedure were beyond me but actually it is simple and the results were very much better than with the single high depth of field shot. It doesn’t matter how many times you read about it, doing it in the field is the best way to learn it. Here is a focus-stacked shot from Death Valley:

Another technique that worked well was ultra high resolution patchwork shooting with the 56mm, where I’d take perhaps 20 shots of a scene in rows and columns and stitch them together afterwards. I’m not really sure what I’d need a 200 megapixel file for but it’s nice to know it works really well and that you can zoom in one the tiniest detail from miles away. One day I’m sure I’ll find a use for it and now that I’ve done it, it’s a technique in my arsenal. Sometimes though it was more practical to use the sweep panorama feature. In this particular shot I tried both techniques (a 4 shot manual blend and the in-camera panorama) and the in camera stitch was smoother, although lower resolution. At 6400 pixels across, it still has plenty enough for me.

Night photography was fantastic in the desert: there are few lights to begin with and in Death Valley those that exist must be shielded from the sky. This was my first ever attempt at a Milky Way shot (thank you Youtube!) and as laughable as it might be to the more experienced night shooters, I’m rather pleased with it.

This shot was actually taken on Aperture Priority from the driver’s seat with -2 stops exposure compensation dialled in. I was using the 23mm at iso 1600. The extraordinary EVF of the X-T1 let me ensure that there was still some light visible on the ground while at the same time allowing me to make sure the highlights weren’t blowing out. The high dynamic range of the X-T1 kept it all together.

This is a stitch of two horizontal shots taken at Mono Lake. There’s not a stack more to say about it except that a single 14mm shot would have looked quite different. Modern tools make this kind of stitching quite easy, even for a landscape novice and the methods are a simple search away.

This was a ten second shot of my hire car. I had stopped for a sunset but frankly I’ve seen better. I did like the way the car looked though and with the interior light on and a long enough exposure to lighten the sky and ensure passing traffic left pleasing trails and illumination I think the shot works. It was also shot with my 56mm lens, perhaps an odd choice but something I’ll bear in mind to try again next time. I love that lens.

Here’s a very different kind of car shot, a quick snapshot as I crossed the street. This old Mustang matched the sky and worked well with the yellow lines. It is (clearly) a quick grab shot – I was on my way to get a burger after several hours shooting one searingly hot morning – but it is a testament to how quickly the X-T1 will react if necessary. It starts up quickly, focuses quickly and fires without shutter lag. That’s what I want in a camera.

OK, two last shots before I’m told to knock it off! Nevada’s an odd place. But I’d never have found either of these without doing some research before I went.

So in summary – every camera is a compromise. But the X-T1 offers high quality, superb lenses, light weight and bulk, accurate focus, exposure and white balance, a tilting LCD that is way more useful than I thought and a very high chance of getting the right photo on the first shot thanks to the excellent EVF with its exposure preview, focus peaking, colour rendition and other features. I use it for all my more serious work, together with the x100T. But the X-Pro 1 still has a piece of my heart.

You can see more of Ian’s images on his Flickr page here.