FUJINON XF lenses are all about quality. Quality of build, quality of performance, quality of results. With prime (single focal length) lenses, quality is to be expected by virtue of their more simple optical construction. But good results are less of a foregone conclusion when it comes to zooms. Until recently, the XF55-200mm f/3.5-4.8 R was the only telezoom in the Fujinon line up. It’s since been joined by the XC50-230mm f/4.5-6.7, which was launched alongside the X-A1 and is designed for mid-range X-brand models. But the XF55-200mm remains top dog by virtue of its faster maximum aperture and more solid build, making it the perfect accompaniment to the X-E and X-Pro models. We tested the lens on the latter model.

The first thing you’ll notice about the XF55-200mm is its impressive build quality. It looks and feels as though it’s built to stand the rigours of daily use and feels reassuringly solid in every aspect of construction. The zoom collar is both large and very smooth to use, while the manual focusing ring at the end of the lens and the aperture ring near the body are both well sized and a real pleasure to control. It comes supplied with a deep lens hood to keep a tight control on flare, plus there’s a switch to turn Optical Image Stabilisation (OIS) on and off, alongside the automatic or manual aperture control switch. The OIS is worthy of note. Offering up to 4.5 stops of compensation, we found that even at the 200mm setting, we were able to shoot with shutter speeds around 1/20sec without any evidence of camera shake.

With the XF55-200mm attached to the X-Pro1, the combination is neither heavy nor bulky – it’s fine to sling over your shoulder while you’re out for a walk, plus the zoom action is constructed in such a way that there’s no zoom creep, even with the lens pointed down.

A focal range equivalent to 84-305mm on a 35mm camera means the lens offers plenty of versatility. We used it for a wide range of subjects, from portraits through to sporting action. The focusing proved accurate and the out-of-focus areas were lovely and smooth thanks to the seven-blade aperture diaphragm.

The real beauty of the lens, though, is in the quality of the results. In keeping with the Fujinon XF philosophy, the resulting images display impressive levels of sharpness thanks to the combination of high-quality optics and the X-Pro1’s wonderful X-Trans sensor. The lens also showed great consistency through the focal range and aperture settings. Whether you’re shooting wide open at 55mm or stopped down at 200mm, you can be confident of getting great results every time.

At 55mm, the lens allows you to capture plenty of your surroundings

Fujifilm still produces colour negative and reversal film for enthusiasts and this legacy continues to have a place in the digital arena – with the X-series of cameras giving you an option to select from a variety of Film Simulation modes.

In essence, the Film Simulation modes enable you to decide on the look of your image in terms of colour saturation and contrast, or simply lose colour altogether and go for a black & white effect. The beauty is, the camera does it all for you. All you have to do is decide what look you want for the image you’re shooting.

The standard Film Simulation options in all X-series cameras are Provia, Velvia, Astia, Monochrome (black & white) and Sepia. However, some models include PRO Neg Hi, PRO Neg Standard, and filters for the Monochrome mode.

You’ll find the options by going into the Shooting Menu and looking in the first set of controls. It’s the same tab where ISO, Image Quality and Image Size are set, just scroll further down. It’s impossible to tell you exactly which Film Simulation to use for a given situation because it’s all a matter of taste, but we can give you some pointers. If you just want a general setting because you shoot a wide range of subjects then stick with Provia; Fujifilm has chosen it as its standard setting. But if you prefer a richer, punchier look, perhaps for landscapes or nature, then Velvia will give you exactly that. Astia, on the other hand, offers a softer, more subtle rendition of colours, so would work well for portraits.

The Monochrome and Sepia Film Simulation options do exactly what they say on the tin. Monochrome will work for most subjects and gives your image a timeless feel. Sepia should probably be used more sparingly but can certainly work well at retro events when you want to give a portrait or a scene a classic old-school appearance. If your camera has the two PRO Neg options these are best for shooting portraits: Standard expands the hues available for skin tones and is intended for studio work, while Hi gives a slightly more contrasty look and is fine-tuned for outdoor portraits.

Experimentation is key with the Film Simulation modes and Fujifilm has actually made this really easy on most X-series models thanks to Film Simulation Bracketing. This is found directly beneath Film Simulation in the Shooting Menu and is perfect for when you want to play around and work out what kind of image you like or if you’re simply feeling indecisive. Exactly how it’s set varies from camera to camera but here’s how it’s done on the X-Pro1… 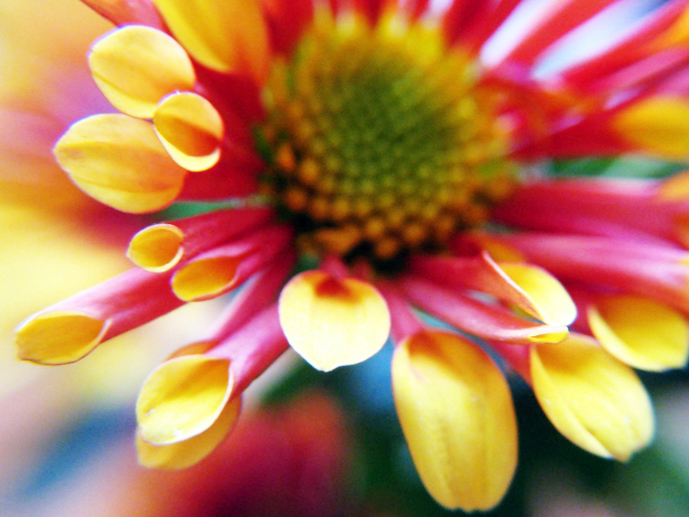 An emphasis on detail, texture and pattern is what makes macro photography so
complex and unique. If done properly, macro photography can give you mind-blowing
results. In this article, let’s go through a few tips which will greatly improve your macro
photography skills and help you take dramatic and high impact shots.

Turn on macro mode: This may seem like a tip for dummies, however many beginners
forget or do not know because they’re too lazy to scan through the thick manual. Macro
mode is usually represented by a small flower on the setting dial. This lets you bring the
lens of the camera closer to the subject.

Use a tripod: Since macro photography is all about sharpness and clarity, you must use
a tripod to avoid any form of vibration that may occur. A tripod will greatly help you in
getting a sharper image.

Focus manually: When the subject is very close to the lens, the auto-focus would tend to
search backward and forward for something to focus on. It would save you a lot of time
to manually focus on the subject and would also be a lot more precise. For starters, shoot
stable objects like flowers where you can take all the time in the world to get your focus
spot on. In time and with practice, you can shoot insects and other wildlife.

Turn the flash on: A shadow can completely ruin your picture; so don’t forget to use
flash. However, you should idly shoot in brightly lit spaces. Use a reflector if you have to
fill the shadow. It would be perfect if you could adjust the intensity of the flash on your
camera, however if you cannot, tape a piece of tracing paper to the top of your flash to
adjust the brightness of the flash.

Aperture: Having the freedom to adjust your aperture settings is a big plus point as it
allows you to control the depth of field. Certain cameras do not allow you to change the
aperture setting once in macro mode. However, if they permit you to do so, you should
use a large aperture in order to blur out the background.

Macro photography is great fun and will keep you preoccupied for ages. You can
endlessly experiment with it on a variety of subjects. It will literally open up worlds
within worlds, so let those creative juices flow and let your camera go wild.