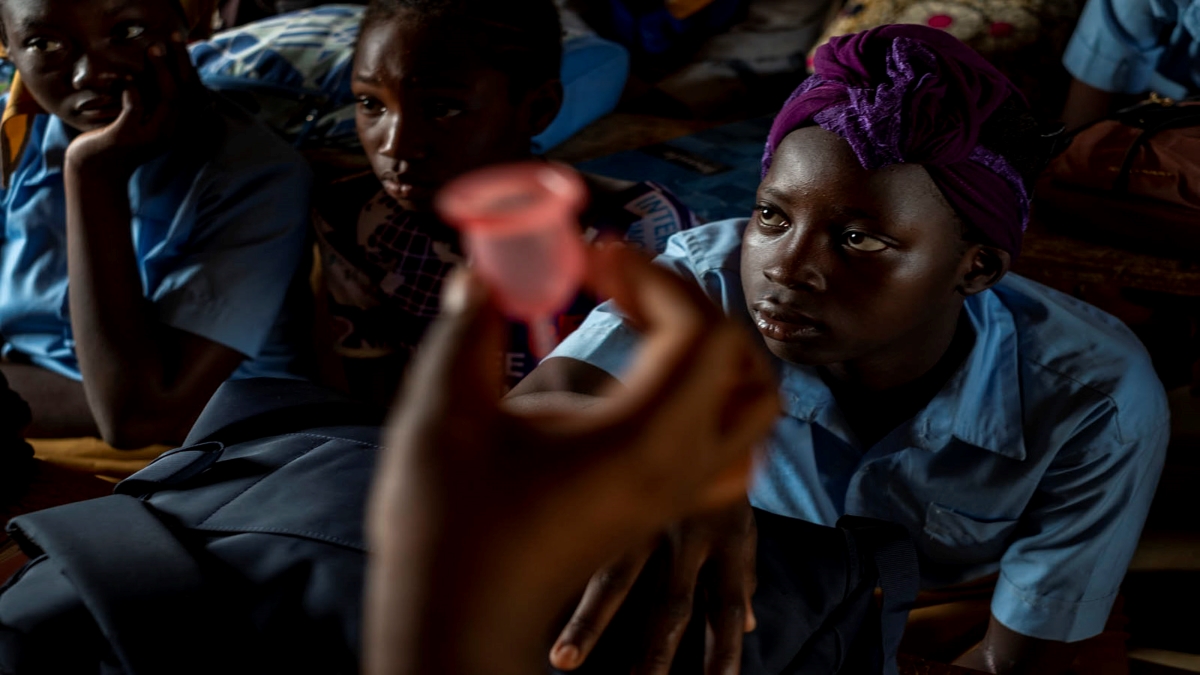 What is wrong with us that we do not see something that is so natural as natural? Something that happens to half of the world’s population over a large portion of their lives? Menstruation is not a problem, the problem is everything that surrounds it. How men have used it to oppress women, to keep them uninformed, to deny them opportunities. In the 21st century it is unacceptable that a girl should stop going to class because she is menstruating, but in countries like Chad, Africa it is still the norm…

Menstruation has always been and most of the time still is a taboo topic. Especially, in developing countries with a lower lever of reconnaissance, women get excluded and laughed at when they have menstruation. For example, they are not allowed to cook when having their periods. Girls even avoid going to school during that time because they cannot help getting bloodstained and their classmates laugh at them. All these problems occur because of sanitary issues and women kept uninformed. Being able to use a menstruation cup which usually appears in a pink colour would prevent these women from getting bloodstained. Consequently, they are able to continue going to school while being on their period and no longer miss a month and a half per year of classes. Subsequently, females would no longer have a tremendous disadvantage compared to their male counterparts.

Regarding this important matter, photographer Antonio López Díaz created a photo exhibition exclusively concerning this issue. From October 10 to November 7, 2021, he exhibited “The Pink Cup”, the theme of his photo series, at the EFTI International Centre of Photography and Film in Madrid, Spain. His event was sponsored by Fujifilm and all his pictures have been taken with a Fujifilm X-Pro2 camera and various Fujinon XF lenses. Additionally, all the images that can be seen in this exhibition have been captured on “Maxima Fujicolor Crystal Archive” professional silver halide paper at the Dinasa photo lab. The exhibition also documents the Grosso Foundation project, in which gynecologist Laura de Mingo gave informative classes on menstruation and female anatomy to Chadian women. She explained the advantages of the menstrual cup for the conditions in which they experience their menstruation.

Anzonio López Díaz knew it was not an easy task to figure out how to capture menstruation in an image, but he believes that he solved this problem with dignity.

0 comments on “Menstruation is NOT a Problem – “THE PINK CUP””