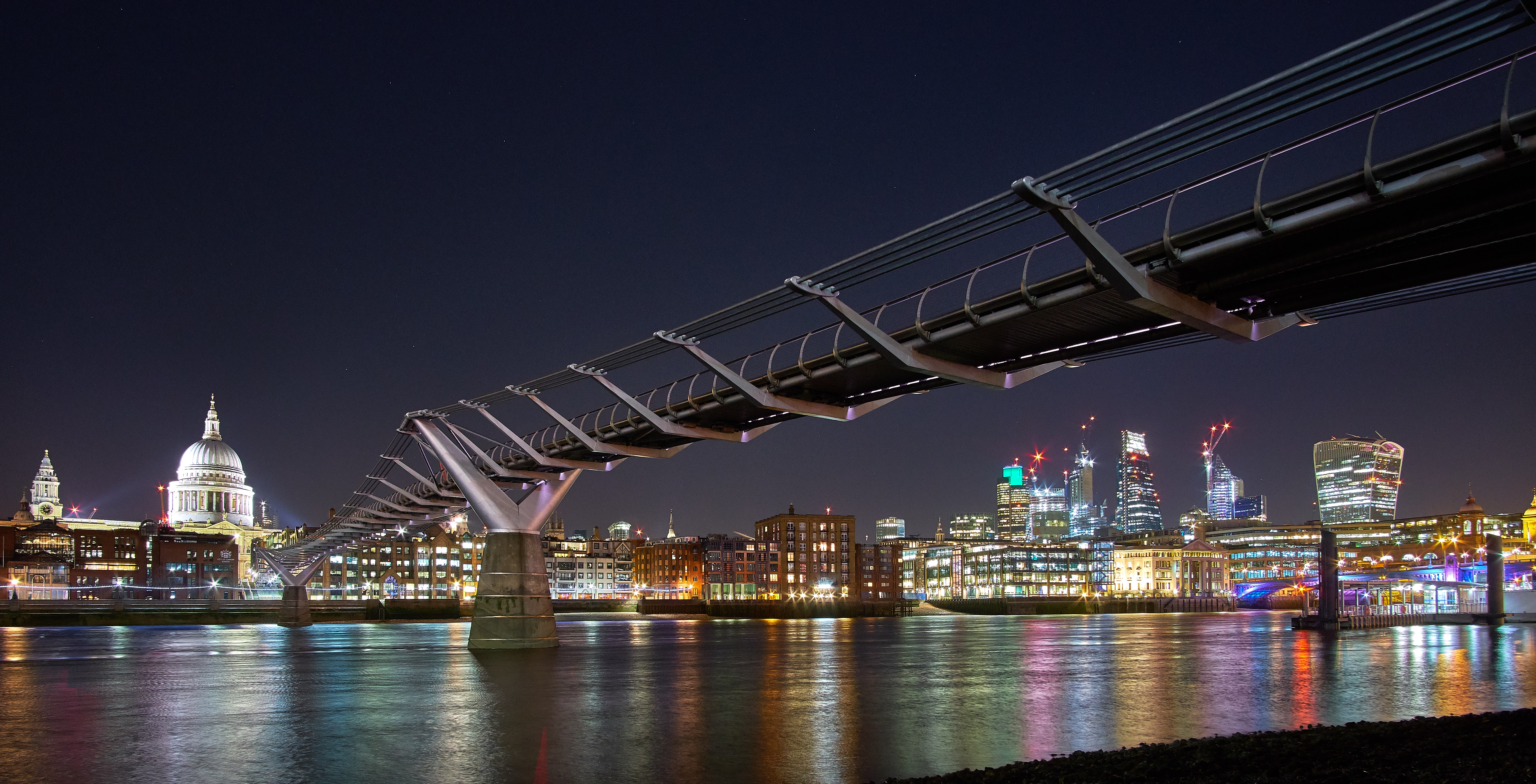 Being a London local, Oliver Wheeldon was extremely excited when the Lumiere Light Festival, a show of over fifty artistic light installations, came to town. Not only was Oliver able to capture some stunning shots of the lights transforming the city at night, he was also able to push the X-T20’s high ISO capabilities to the limit to capture the city streets after dark.

The Lumiere Light Festival looked fantastic, what was your favourite installation?

My favourite artwork was definitely Waterlicht by Daan Roosegaarde, a laser piece designed to mesmerise us with waves, creating the effect of the water level above our heads. The aim of the piece was to get us thinking about our relationship with water as our climate changes. For the installation to work Granary Square was filled with 6 smoke machines providing constant smoke clouds, allowing the laser waves to be revealed. This created a beautiful, cinematic dreamscape with the lights from Kings Cross Train Station and Central Saint Martins art school streaming in to the square.

Can you talk us through how you captured the Festival and your thoughts on the X-T20?

Given I was shooting at night with only ambient light to aid me, I used a mono pod for most shots to allow me to use a slower than usual shutter speed, accompanied by a very high ISO. Towards the end of the night, as the crowds got thinner, I was able to use a tripod to let the camera really take in all the light in a long exposure!

As expected the FUJIFILM X-T20 performed like a champ in low light, even producing detailed shots when using an ISO as high as 6400. I shot most of the images at ISO 1600 and 3200 and I can’t spot much difference in quality between the two. It was very difficult to shoot in the unique lighting situation, in a smoky environment where huddles of people turned into a foreground of silhouettes. Even with focus peaking I could not tell what was in focus and had to just trust the camera to do its thing.

The X-T20 performed very well, often finding figures in the crowd to focus on when I couldn’t even distinguish them! Surrounded by smoke, I could see clearly that I was capturing the colours and interesting shapes of the lasers, but with nothing in my foreground to give it context, I was worried I’d have nothing really usable, in focus or not.

I chose to shoot at as fast a shutter speed as I could, because I wanted to catch the intricate textures of the light on the smoke. Initially I used my XF35mmF1.4 with the aperture as wide as possible which usually creates an aesthetically pleasing shallow depth of field.

I later opted to swap lenses to my fastest wide lens, the XF16mmF1.4, to capture the grander motion of the scene. As the square got quieter I was able to use a tripod for a longer exposure to capture the scale of the event and the insane lighting the festival created.

The image above is one of my favourites of the Waterlicht installation. Although it was a shame to lose out on the dramatic texture of the light against the smoke clouds, I love that the colours and light are battling it out against the mixtures of motion in the crowd. It’s not tack sharp, but to me, it captures the scale and motion of the scene.

Where else did you visit in London to capture the Festival?

I headed down to the River Thames. Because the tide was so low, I was able to explore underneath the famous bridges. Shooting St Pauls Cathedral from this perspective allowed me to use the Millennium Bridge to create an unusual leading line, from the top right of the frame, in to the centre. I really like the effect of the metallic textures against the inky water, with the long exposure enabling the reflected city lights to really glow against the river.

Continuing along South Bank by the Thames, I caught another installation; “OSC-L” by Ulf Langheinrich. This projection transformed the brutalist concrete face of the National Theatre fly-tower into an animated stream of light, as layers and columns of light rose and fell. I captured a couple walking out onto the balcony in front of the installation, providing a sense of scale and the opportunity to somewhat voyeuristically capture their conversation amongst this unique architecture. This shot was a total chance moment but is one of my favourites from the festival. It is quite cinematic with the clouds behind the figures illuminated by the city lights sprawling behind them.

Across the river I headed to Westminster, to see “The Light of the Spirit (Chapter 2)” by Patrice Warrener. Westminster Abbey was bathed in vibrant colours, mapped to the building’s stunning and intricate details that often go unnoticed.

Westminster Abbey is positioned at a challenging angle against the road and Palace of Westminster so there are very few unique vantage points for photography. I decided to embrace its position and use the road to dominate the composition.

I set a tripod up as close to the road as possible and set the X-T20 to a variety of long exposures from 1s up to 10s, testing the length needed to create a nice light trail from the traffic. By the end of the shoot I had a variety of shots with different amounts and styles of lights streaking across the frame.

The issue with the lack of vantage points meant that the light trails were completely covering the Abbey. So, I decided to do a bit of Photoshop trickery. By overlaying a combination of shots I was able to show the most vibrant colours from the art installation, with the perfect light trail. The biggest give away of this trickery is that both the red and green traffic lights are showing. I could have masked out the red light, however I quite liked the colour combination, particularly with the bright yellow streetlight behind, giving that side of the image a small taste of the colour spectrum shown everywhere else.

What are your thoughts about post-editing photographs?

I don’t mind adding process clues in to my images as I like to be transparent about having post-edited images. When I was starting out, I often found it demotivating when I couldn’t achieve the same results as some of the incredible shots I saw, by using my camera alone. In our digital age, with professional tools and software being more readily available, the debate about post-editing is a very interesting one. Personally, I do not mind getting a bit creative in the edit if it means capturing the scene as I saw it in person, provided that I am only using my own photos taken from that location at that time!

The compact and lightweight FUJIFILM X-T20 is complete with APS-C sized 24.3MP X-TransTM CMOS III*1 sensor and X-Processor Pro image processing engine. The updated sensor and processor, along with a reworked AF algorithm, boost the camera’s startup time and AF performance, dramatically improving its ability to track moving subjects, while the tilting touchscreen LCD monitor enables users to shoot from a variety of angles with ease. The X-T20 also has enhanced video functionality and is capable of capturing 4K movies with Fujifilm’s popular Film Simulation modes. Staying true to the X Series functional design ethos, the X-T20 also combines an SLR-style viewfinder and dial-based operation.