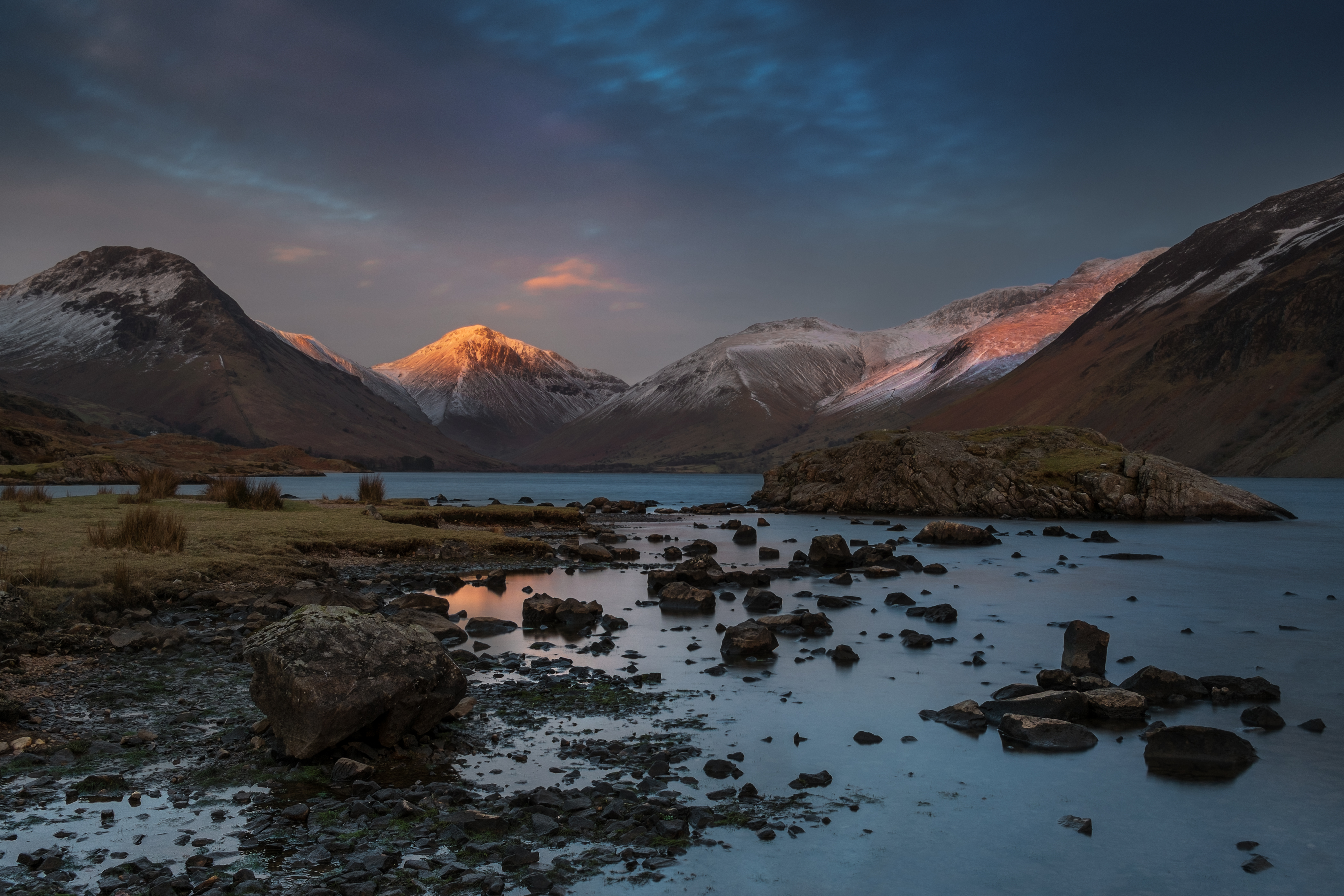 Whilst out and about on your travels, I am sure you have come across a view that demands your attention and you instantly reach for the camera. “Wow, we were on this ridge and the view? Well you should have seen it. I tried to photograph it but it didn’t come out right. Why could I not do it justice? It just didn’t look the same as I saw it.”

I hear this all too often. Now I have to say here that there isn’t a generic answer, as every location, the available light etc. is different at that time but we can put a process into place that will ensure we do capture it well. A phrase I use regularly is, “a beautiful view doesn’t necessarily make a beautiful photograph”.

The great man Ansel Adams said, “We don’t take a photograph. We make it.” He is absolutely right.

So what does that mean? Putting it simply, it doesn’t just happen. We have to work at it and create the best from what we have in front of us. To explain, I often refer this to the analogy of baking a cake. Stick with me please! If we give six people the ingredients for a fruitcake they will blend them differently. They will present us with a fruitcake and whilst some will taste similarly they will all come out different. Subsequently, if you ask six people to take a photograph of the same view… you can see where this is going.

So, I liken the natural features we see in the landscape as ‘the ingredients’ and how we blend them and present will decide upon the way the photograph looks. Told you we would get there….

We know it as composition.

Understanding how your camera works will always help rather than just putting it on auto and hoping for the best. They are good but they all need controlling by us. No matter how technically competent you are with a camera, your photographs will lose impact if they are compositionally poor. The two factors go hand in hand.

We will assume then that you do have the technical under control. I find that the majority of people who come on my workshops have a basic knowledge of the dials and menus but struggle with composition. I have to say that that is not uncommon with those who are proficient too. A good image will ‘pull you into it’ and make you want to keep looking at it. The beauty of photography is that it is subjective. You only have to look across social media to see a plethora of genres being put out there for us to view. Interest is the key, inviting the viewer to become immersed in the photograph. Once lead into it, their eyes then dance around the frame.

We all have our own perspective on what we see but there are some rules or guides that you can use to enhance your photography. Of course ‘rules can be broken’ and occasionally something that goes against convention can still work. The most common guide that we read about is ‘the rule of thirds’.
Most camera menus now carry the simple grid that you can ‘impose’ in the viewfinder thus helping you ‘balance’ the image by placing interest in all three sections.

This image of a waterfall with the magnificent Tryfan providing the backdrop is a good example of an unbalanced image. Whilst it is a nice memory shot for the photographer, it visually jars with you. Too much sky has made the photograph top heavy.

By changing position, introducing more interest into the frame (those ingredients again) and showing us how the falls integrate with the landscape, creates a much more pleasing photograph.

Earlier this year I was invited by Granada TV to take Kerry Gosney, one of their weather presenters out for a full day’s workshop. It was to be filmed and inserted into the local news programme, recorded in the Longdendale Valley in Derbyshire. I was delighted to be asked and having produced and directed many programmes over the years, it would be a change for me to be on the other side of the lens!

When we met, Kerry readily admitted that she had no idea about taking ‘real photographs,’ but wanted to be able to. She had a basic understanding of how the camera worked and I talked about ‘the fruitcake’. That’s the analogy not me…

After introducing her to the FUJIFILM X-Pro1, we put on our wellies and stood in a delightful river called Middle Black Clough. The director shouted “Action!” and Kerry said, “So tell me Mark, why here? It is beautiful, such a lovely spot; the trees, the river, its waterfall and lots of rocks but why here?”

I asked her what else she could see. She shook her head. Why did she think I had picked this particular spot when there were a lot of options to explore? She reiterated the features of the scene again and whilst I agreed, I then pointed to the grooves that had been etched into the fault plane right under our noses. They lead the eye to the waterfall she was admiring. You will often hear people quoting leading lines and these were classic. Of course I mentioned the ‘fruitcake’ again and how we now had all the ingredients for a nice photo.

After getting the settings, we then set up the tripod and I showed her how it all looked in camera. Kerry was literally taken aback. “Wow I would never have seen that. Amazing!” I had added more depth to the image, allowing the foreground to dominate and by using a wide XF10-24mmF4 lens that exacerbated the lines, drawing you into the picture. “So, you are telling us that we should open our eyes more?”

I couldn’t have put it any better.

The culmination of the shoot was to be an image that she managed to visualise and capture. As the producer said “We need a show stopper Mark, something that presents the development in a day.” No pressure then…

It was good to see Kerry being more deliberate about her choices and spotting things she felt were ‘good ingredients’ for a picture. After settling on a place by the river with a nice array of natural features, we set up and I liked what she had come up with.

This shot is thought out with the foreground rocks leading you to the little waterfall. You are taken into the image and then your eyes look around it. To give the photograph a little bit more appeal, I suggested adding a big stopper to create the swirls in the stream.

These are just a couple of examples of ways in which you can tighten up and present your photographs. Whilst you will initially be presented with a view that you come across, looking with your own eyes, it is good to approach the same vista by then looking through a lens. After all, that’s how the finished image will look. That’s the view you will present to people.

Never be afraid to experiment and you will find that different lenses will create different perspectives. Be choosy and only press the shutter when you are happy that you have the best of the scene captured. Just as importantly, enjoy what you do. It’s a great way of presenting the world the way that you see it to other people.