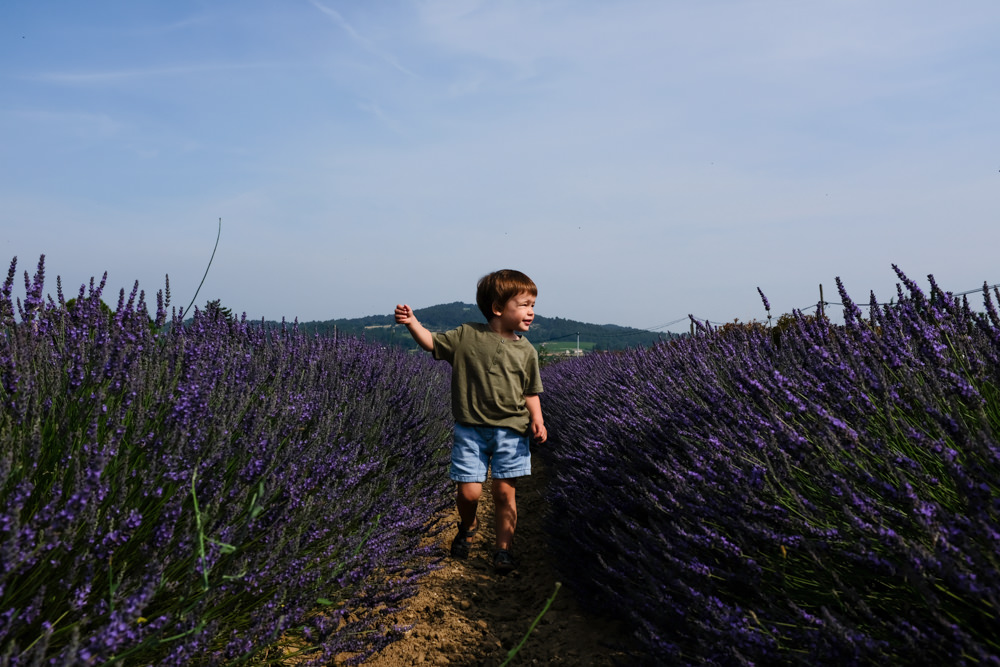 As the founder of Shotkit, I’m in the fortunate position to have access to virtually any photography related product. Being a huge fan of the Fujifilm X Series cameras and lenses, I’ve handled every camera and lens in the line up.

Herein lies the one thing that I actually dislike about the Fujifilm –series – there are just too many great cameras and lenses to choose from! With functionality which overlaps between camera models and excellent image quality across the board, choosing a Fujifilm X Series camera is a somewhat challenging process…

After almost a year of umming and ahing and reading countless online reviews (like this one on my own site!), I finally settled on one camera – the Fujifilm X100F.

In this guest post, I’d like to go into the 3 main reasons why I decided upon this understated fixed lens camera as my camera of choice, and ultimately decided it was the best travel camera of 2017.

It’s no surprise that the number one reason for dSLR shooters to move to the mirrorless camera format is due to the smaller size of the camera and/or lenses.

All the camera bodies in the Fujifilm X Series line-up are smaller and lighter than dSLRs with equivalent APS-C sensors. This makes them very attractive to anyone who carries their gear for long periods of time, particularly professionals.

In the Fujifilm X Series lineup, the Fujifilm X100F isn’t the smallest and lightest camera, but to me, its size and weight are perfect.

I have rather large hands, so anything smaller than this camera feels far too fiddly to use. In addition, I believe that a camera body needs to have a certain weight to it to be used effectively. The proportions of the X100F provide great balance in the hand, and its weight is reassuring – not too light to feel like a toy, but not too heavy to be cumbersome.

Another important factor that contributes to the compact size of the Fujifilm X100F is its fixed lens, which leads me on to point number 2.

Having written extensively about the best Fujifilm lenses, I feel somewhat hypocritical choosing a camera which uses a fixed lens! With all that stellar Fujifilm glass on offer, why would I choose a camera with a fixed lens?!

Tying in with the point above, whilst I do love the Fujifilm (interchangeable) lenses, they do add size and weight to any Fujifilm camera body. Even the smallest, lightest Fujifilm prime lens will add bulk on to the front of the camera. Whether or not this is relevant to you is questionable, but for me, I love the fact that the Fujifilm X100F is (and will always be)… compact!

Aside from the size benefit of using a compact camera with one fixed lens, there are 2 other less obvious advantages of the XF23mmF2 lens of the Fujifilm X100F.

The first is somewhat subjective, but I absolutely love the images that are produced by the combination of this lens and the camera. I’m sure the boffins at Fujifilm HQ can elaborate, but there’s something about this combination that seems to be greater than the sum of its parts.

I’ve shot with the Fujifilm X-T2 with a Fujinon XF23mmF2 WR lens attached, and whilst it’s an excellent combo, the Fujifilm X100F still beats it for me.

The other advantage is also slightly subjective, but having a fixed lens helps you improve as a photographer faster than any other accessory. Anyone who shoots with prime lenses (as opposed to zooms) will tell you something similar, but having a fixed focal length really allows you to visualise your scene and composition much easier, even before lifting the viewfinder to your eye.

By having a prime lens that’s literally fixed to your camera body forever, you’ll get really good at this, and start seeing the world in 35mm. Also, by limiting your options with only one lens, you’ll push yourself harder to innovate and experiment with your photography – after all, restrictions encourage creativity.

I used to own a black and silver Fujifilm X100S and received compliments on it wherever I went. When I upgraded to the Fujifilm X100F, I chose the all black version, and absolutely love how it looks.

I don’t receive many compliments on it anymore, but perhaps this is due to the fact that it’s more inconspicuous in jet black, which makes it perfect for photographing unnoticed, helping to achieve candid and natural-looking shots.

The way a camera looks may seem insignificant, but I believe it’s actually very important. Whilst it bears no correlation to the image produced, having a camera that gives you pleasure to see and hold will make you more likely to pick it up and use.

Out of all the cameras I own, the Fujifilm X100F is the only one I display proudly in the open, as opposed to keeping it stuffed away in a camera bag. I actually have it hanging on a hook in my living room (much to my wife’s dismay!) It’s always the first camera I reach for when I need to capture a moment, and I never grow tired of looking at it.

The other reasons I love my Fujifilm X100F are the features shared with most of the other cameras in the X Series line-up, including the excellent JPEG and RAW image quality; impressive high ISO performance; fun film simulations; fast auto-focus; fast start-up time, and much more.

It’s been a long process to find the one camera to document all my precious moments, but I’m confident I’ve chosen wisely with the Fujifilm X100F.