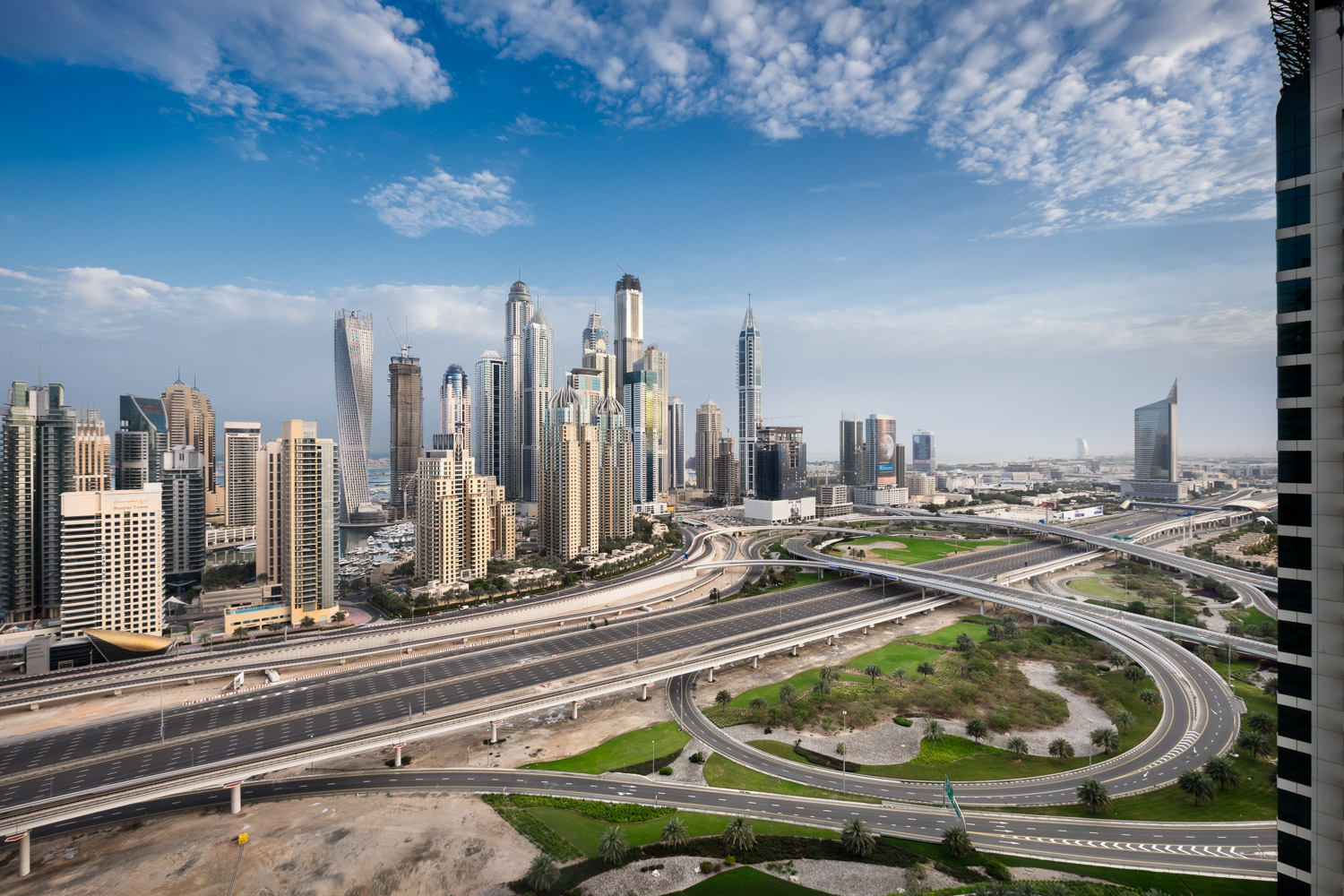 IN FOCUS is a series of articles where we ask some of the UK X-Photographers to give us advice, provide insight into their photography and share some of their favourite images of all time. In this blog post, they share some of their most unusual images and explain how they were shot.

“I wouldn’t describe any of my images as unusual or technically difficult – I’m the least technical photographer I know, but one that challenged me was taken in Glen Coe Scotland.

It’s a 7 shot panorama in a snow storm. Each frame has a two minute exposure time as I wanted to capture the blurred softness of the snow. I remember thinking to myself that I had finally gone mad, standing in knee deep snow being watched through the window by my workshop delegates (who all had steaming mugs of coffee while I was in the minus 10 wind chill!). But I love the resulting image. It totally matched the idea I had in my head, so I was happy.”

“The main challenge here is exposure. The waterhole is lit by artificial lamp light and, so as not to disturb the animals, the lights are dim compared to the power output of flash. In other words, it’s pretty dark out there. I was using my FUJIFILM X-T2 with the XF16-55mm zoom. I had to balance the three exposure variables – shutter speed, aperture and ISO – to get an exposure that would freeze movement, give me some depth-of-field and retain image quality. I ended up compromising on all three. I pushed ISO to 3200, which is very rare for me and gave me a shutter speed of 1/60th at f/2.8. To maximise depth-of-field, I used the hyper focal distance technique, focusing on a point around 1/3rd the way into the frame. To keep the moving rhino sharp, I then purposely fired the shutter between steps when he was the most still.”

“This image is made up of 55 separate photos all shot in Nepal during the super moon (November 2016). The camera was set on a tripod and left to shoot at 30 second intervals to capture the movement. I then processed all of the images in camera raw and then as a series of layers, adjusting the blending modes in Photoshop.”

“This is a different type of ‘landscape’ and I suppose verges on the genre of street photography, which I also love to do. We were in Provence earlier this year and took a trip out to Marseille. We arrived at the old port to find the streets literally thronged with French rugby fans as that weekend saw the final of the Top 14 tournament. A huge ‘stand’ had been erected on the quayside in which they could walk through and buy souvenirs etc. but it had a completely polished roof that contrasted well with the azure sky. I found a nice angle which reflected the fans underneath, and so in order to ensure that the image had the elements I wanted, I waited until one of the gulls came into shot to give it a sense of perspective. Like all street work it should make you stop and think.”

“This image was shot during a birth session for a client. It’s a difficult image to get both technically, but also from a physical point of view. The lighting in the operating theatre is very difficult and the spot metering of the X-T2 worked perfectly. Of course, I had to shoot this without disturbing the surgeons at all so it was shot using the electronic shutter in total silence.”

“This looks like a typical cityscape image of Dubai, but if you look closely you’ll notice that there’s no traffic. There are two ways to create this sort of image. The first is to shoot a long exposure (the traffic becomes blurred when you use this method), but as I wanted to retain the detail in the clouds I used a technique called median stacking i.e. I shot a range of normal exposures over a short period of time then stacked them in Photoshop. Using this technique any item that isn’t present in all the frames is automatically removed.”

“For these ‘before and after’ pregnancy shots, it’s important to have the camera and light settings the same to ensure the lighting matches. On this shot, mum was very sore after having an emergency section, so I had to be very careful and quick at getting the shot. Knowing exactly where I had the light for the first shot made it much easier to get the matching second shot. I decided to composite Mum’s torso onto the second image so it was a perfect match, I wanted the only difference to be between the baby and the pregnant bump, so I felt this helped focus the viewers’ attention there.”

“There comes a point when I’m shooting a live concert, when I feel I’ve captured more than enough. So as soon as I start to repeat what I’ve already shot, I try to get even more creative. One technique I often play around with is created using the in-camera Double Exposure feature and either introducing movement to the camera or maybe knocking one exposure out of focus.

This picture was made by shooting one normal exposure and then jerking the camera pretty violently in a diagonal direction for the second one. The shutter speed was 1/15th of a sec. I think it’s pretty unusual for something straight out of camera.”

“I think this has to be my most unusual image, it might not look it but this was really complex to piece together. I worked as a scarlet macaw researcher for six months in rural Costa Rica. I would watch the birds to monitor their behavior. During this time I figured out when they would fly between feeding. It took about two months to create, using three flashes, two on the bird and a third on the background. Rain forest interiors are incredibly dark so I had to use flash to help freeze the action. The shot was taken with the FUJIFILM X-T1, XF50-140mm F2.8 at ISO 1000, F8, 1/180 sec.

“We have all seen shots of Antelope Canyon in Arizona, and its tremendous water carved strata formations. I wanted to shoot the reality of a crowded place with a buzz. I used ISO200 on my GFX 50S with a GF23mmF4 lens set at f/16 and held the shutter open for two seconds.”

“This is a shot taken in the Jeronimos Monastery in Lisbon. I noticed the sun streaming through the window and lighting the edges of the pews providing a lovely contrast with the dark wood. Using evaluative or matrix metering would have rendered the scene overexposed and the atmosphere would have been lost so I switched to spot metering and took a reading from the highlights to create the image exactly as I wanted.”

“It is not the best photo I have ever taken, but certainly the one I have put the most effort into. I was in Iceland last November and had terrible luck so far with the weather and the Aurora Borealis forecast. There was this one night were the possibilities were slightly higher. So me and my colleagues left our backpacks in our hostel at Vik and jumped in the car to hunt the very famous Northern Lights. Almost 3hours and over 140 miles later we saw a bright, but small, cloud in the sky. We stopped the car and at just over 0 degrees Celsius we sat in the dark and watched the small cloud grow into a big dancing light show.
This shot was taken when the Northern lights were at their maximum splendour, but without a tripod to assist me, I could only try my best to support the camera at the edge of the road to capture the moment.
When the show finished, we only had another 3 hours driving back to hit our beds in our lovely hostel in Vik… but we didn’t care, we saw THE NORTHERN LIGHTS!”