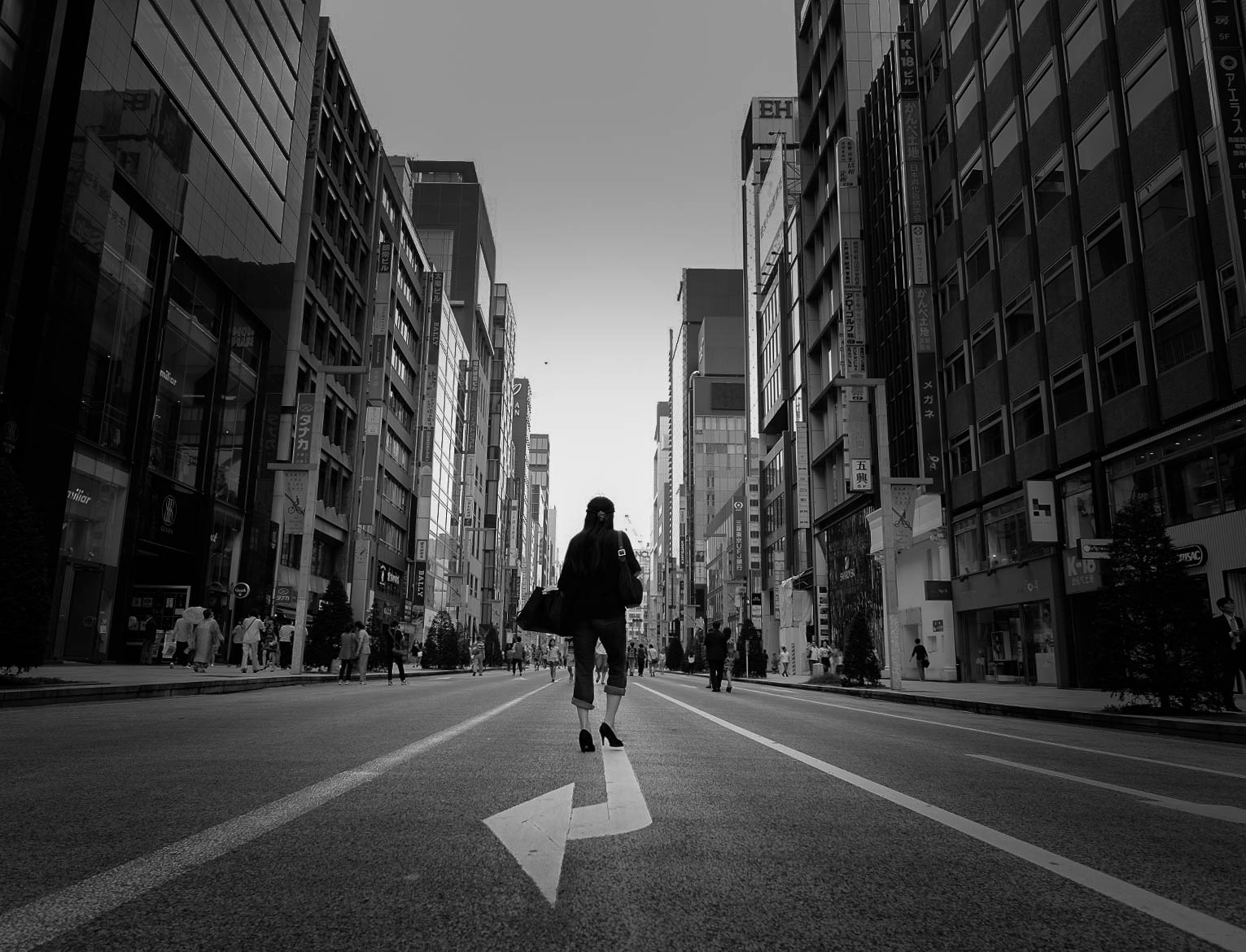 Welcome to the Third Series of Through a Photographer’s Eye. In this series, we continue to learn about Australian photographers and how they use X Series Cameras to photograph their world around them. Our tenth interview in Series Three is with Queensland based photographer, Marc Busoli.

Marc, can you tell us about yourself and why you enjoy photographing people on the street?

I started photography in 1992 when I obtained a camera from my sister. I did a three-year diploma in photography five years after that and since then have shot images for commercial use, weddings, portraits and several blogs. I moved to my Fujifilm system after years of shooting with a full frame camera when I bought the original X100 and was blown away by the image quality and design of the camera. I loved it. I enjoy street style photography as it gives me an opportunity to observe and record the interaction of society in a shared space. I particularly like the idea of solitude in a crowded environment, people being on their own when surrounded by a crowd. I try to hide the faces of the people I photograph to accentuate the feeling of solitude and aloneness in a crowded city. I also enjoy the simplicity of simple designs in architecture, so I publish a few photos on my Instagram to mix it up a bit!

You mentioned you use the Fujifilm X-T1 with two primary lenses. What made you choose this camera over other mirrorless bodies and how do you find Fujinon optics for general everyday shooting?

I love the design of this camera, I’ve used a ton of cameras after working at Digital Camera Warehouse for seven years, and I can say that this is by far the best camera I’ve used. It just disappears when I’m using it, that’s really important to me as I don’t want the camera slowing me down due to bad design and the Fujifilm just is so natural to use for me.

The lenses themselves are just so sharp and not too big to be in the way when the camera is swinging around. The results are very sharp with a lovely bokeh. The two I use are the XF14mmF2.8 and the XF35mmF1.4. The XF35mmF1.4 just lives on the body, and I must admit I hardly ever pull the wide one out. The 35mm perfectly suits my eye and the results are faultless for my style.

Why do you shoot mainly in black and white? Do you use a Fujifilm Film Simulation to recreate a particular look or do you edit your RAW files in post-processing?

I love black and white. I started a hashtag #52weeksofblackandwhite to challenge myself to shoot an entire year of just black and white. That was over two years ago, and I haven’t stopped! I shoot in RAW before converting the photo using the Fujifilm Monochrome+R film simulation in camera. I send it to my iPad and do final edits in Snapseed and/or Lightroom mobile. Then it goes to social media. For more control, I import the RAW straight to my MacBook Pro and edit with Lightroom/Photoshop.

When using the Fujifilm X-T1 do you ever use the flip out LCD screen for street shooting or do you prefer to use the large electronic viewfinder? Can you explain why you shoot like this?

I use either the viewfinder (which is great, beautiful and big) or shoot from the hip without looking at the viewfinder or the LCD. Kind of Lomo style, it can produce some interesting shots, but it is very hit and miss, as you can imagine. Most times it’s using the viewfinder though, less distracting although you need to keep your non-shooting eye open, so you don’t miss any opportunities, this can be hard at the beginning.

Shoot as much and as often as you can. Do workshops and join photo walks, there are plenty of free options around the place, I think that’s a great path to education around photography. Be open to other styles and ideas. Take feedback well from people whose photography you admire, but always remember that you should only ever shoot to make yourself happy, that is what matters.

Do you have a favourite photo you have recently captured using the Fujifilm X-T1? Can you tell us the story about how you shot the photo and why you chose to compose the shot like you did?

This picture of a massive cloud formation off the Queensland coast is one of my favourite images. I used the XF14mmF2.8 to get as much in the frame as I could at the time. It was just massive in reality and when I cropped the image I pretty much just removed the top and bottom, but the width stayed the same. I tried to compose the shot to get a sense of the scale of the formation, and I really like how it turned out. I even managed to capture a little cloud-to-cloud lightning!

In your opinion, what’s the best time of day to photography on the street and can you recommend any camera settings for someone who might wish to shoot similar photos?

Shooting street is such a reflection of the society that you’re recording that the ‘best’ time to shoot is any time that there are people around! I do prefer the drama of a late afternoon with some direct sunlight streaming in at a shallow angle. People in Melbourne CBD will know what I mean! I love to shoot directly into the light in those situations as I think it adds a sense of the dramatic to the scene, long shadows, silhouettes, bursts of light. It does tend to expose any limitations of your glass, but I’ve found the Fujifilm glass handles harsh direct light superbly.

What methods do you use when trying to photograph people on the street? For example is there a best way to approach people if you see someone interesting or are there any ‘don’t do this’ for street photographers?

One of my favourite techniques is finding a spot with some awesome lighting, like under a street light at night or a late sunset, and staking the place out waiting for the perfect person to come onto my ‘stage.’ You need to be aware and ready to fire as soon as an opportunity presents itself, I’ve missed a few great shots when I was starting out simply by not recognising an upcoming opportunity. People are more open to being approached these days I think, mainly due to the ubiquitous of images and social media, I think they like the idea of potentially going a bit viral!

To see more of Marc’s photography visit him on Instagram – @themadbusdi.

Through a Photographer’s Eye: Sarp Soysal

Through a Photographer’s Eye: Harrison Candlin

Through a Photographer’s Eye: Geoff Marshall

Through a Photographer’s Eye: Myles Kalus

Through a Photographer’s Eye: Matt Murray