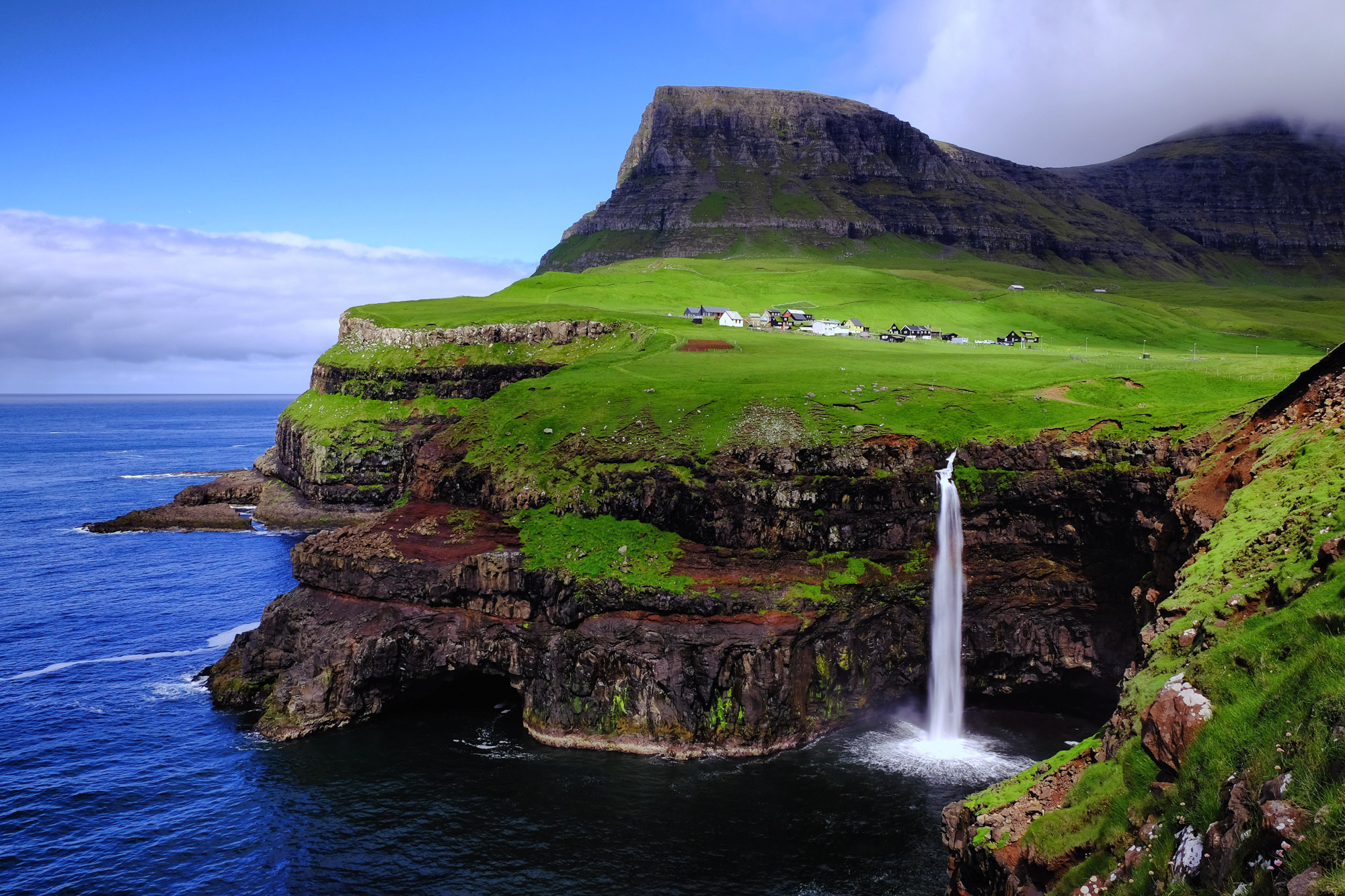 Welcome to the Third Series of Through a Photographer’s Eye. In this series, we continue to learn about Australian photographers and how they use X Series Cameras to photograph their world around them. Our ninth interview in Series Three is with Brisbane based photographer, Matt Murray.

Matt, tell us about yourself and what your photographic journey has been?

When I was twenty, I travelled around Europe for two years with a Pentax 35mm film camera. A few months in I got the photos developed – they were terrible! I resolved to learn more about photography so I could do justice to all the amazing places I was visiting.

In the mid-90s I mostly shot 35mm prints and slides with Canon SLRs. I bought my first digital camera when I was living in the UK in 2001 – it was the Fujifilm FinePix 6800Z. It was such a novelty seeing images instantly on the back of a screen! I missed the manual controls of an SLR but really loved this camera. Over the next decade, I had various Canon and Nikon DSLRs and also bought a Rolleiflex T and started to shoot some 120 film. I purchased the original Fujifilm X100 in 2011. Compared to the Nikon and Canon images, the JPEGs straight out of camera (SOOC) were just beautiful, and I fell in love with them. In 2015 I sold my Nikon kit and bought into the Fujifilm X series system, initially with a Fujifilm X-T1 and five lenses.

In recent years I’ve become a huge instant film fan. I have a small collection of instant cameras including a couple that take peel-apart pack film – I wish Fujifilm would continue production of FP-100C! My daughter and I both have Instax Mini 8 cameras, and I have the Fujifilm Instax Share SP-1 printer, which is fantastic when travelling. I’ve also just bought the Fujifilm SQ10 hybrid camera, which takes the new Instax Square film format – very exciting!

Looking through your Instagram account we noticed your photos are very colourful, can you tell us what process your images go through and do you use any of the Fujifilm Film Simulations?

Ever since I shot my first roll of Velvia, I’ve always loved bright, vibrant punchy colours. I love shooting travel, landscape and nature photos, so not surprisingly the film simulation I’m drawn to most is Velvia. I try to get things right in camera, as I don’t enjoy spending hours upon hours on a single image in Lightroom or Photoshop. I shoot JPEG+RAW, but I rarely use the RAW files. I work on most images only for 2-3 minutes in Lightroom. A lot of the images on my @mattloves Instagram account are straight out of camera JPEGs with only slight tweaks in Lightroom or on my iPhone.

You mentioned you in a blog post you currently use 10 Fujinon lenses. What is your favourite lens out of these and do you have a prized photo you have captured using the lens? Can you tell us the story behind the image?

Usually, the lens I’ve just bought is my favourite – in this case, it’s the XF50-140mmF2.8 R LM OIS WR. I love using telephoto lenses for travel photography, although I do see the irony of buying a smaller mirrorless kit and loving the larger lenses most!

My favourite image taken this year is of a galah in the sunflower fields in southern Queensland early in the morning. Most of the other parrots flew off when I approached, but this cheeky galah sat there looking at me. I captured this image with my Fujifilm X-T2 and Fujinon XF100-400mmF4.5-5.6 R LM OIS WR lens. The image has been published in the latest Rough Guides travel photo book “You Are Here.” One of the judges was legendary Magnum photographer Martin Parr.

When traveling in Australia, what Fujifilm X Series gear do you tend to take with you and do you find it restricts you in any way?

As well as zooms, I also take a couple of fast primes, usually the XF16mmF1.4 R WR, the XF35mmF1.4 R or the XF60mmF2.4 R Macro. I’m really looking forward to the release of the Fujifilm XF80mmF2.8 R LM OIS WR Macro lens but I’ve run out of money for now so may have to sell some kit to buy it!

Learn as much as you can about your camera: read the manual, watch YouTube videos, go to photography meets, ask lots of questions. Although many photographers – including myself – always want the latest and greatest camera gear, some of my favourite photos were taken with my least expensive Fujifilm kit: an X-T10 and either the XF18-55mmF2.8-4 R LM OIS or the XF35mmF1.4 R lenses (approximately $1200 worth of gear).

Learn as much as you can about photography. There are so many good free websites and resources out there these days. Follow photographers on Instagram and study their photos. Join photography related Facebook groups – I’m a member of about a dozen. Post your work in there and ask for constructive criticism. One excellent group I recommend is Fuji X Australia where a dedicated group of admins encourage and support Australian and New Zealand Fujifilm photographers.

Do you use the Fujifilm Remote Camera App to transfer images to your smartphone? If so, can you recommend any future improvements you would like to see included within the app and lastly, how do you find Instagram has helped your exposure?

I sure do, it’s convenient, but can be frustrating to use. Sometimes it connects no problem at all, other times it says it’s connected, but it’s not. I’ve no idea if this is possible, but in a future version of the app, it would be amazing if you could transfer RAW files to the app and then see previews of the image with different film simulations, with the ability to export JPGs from there.

I’ve had a love/hate relationship with Instagram since I first heard about it in a photography podcast in 2010. The first account I started in 2011 was solely iPhone photos. I started my @mattloves account in 2016 as a kind of homage to Fujifilm cameras, and it’s been wonderful discovering so many fantastic photographers and being featured by large accounts such as @Queensland, @VisitBrisbane and @FujiCamerasAus.

As a XF100-400mmF4.5-5.6 owner, how do you find the auto focusing speed when mounted on the Fujifilm X-T2? Does the focus keep up with fast-moving subjects? What’s your overall experience with the lens?

I’ve only used the XF100-400mmF4.5-5.6 R LM OIS WR lens once with fast-moving subjects – that was at a local speedway on a sunny day. The Fujifilm X-T2 and lens kept up well with the action and I was happy with the results given. It was my first time photographing cars. I love using the lens for wildlife – especially the array of colourful parrots we have here in Australia. I would’ve liked to have taken it with me to the Faroe Islands in June 2017, but the XF50-140mmF2.8 R LM OIS WR was a better fit overall for my trip to Europe and I’m very happy with the puffin shots I took with it.

If you could list three stand out features of the Fujifilm X Series system, what would they be and why are the features important to you?

Image quality – the quality of the images from Fujifilm equipment is incredible.

The compact size of the equipment – unfortunately, this doesn’t mean I have a lighter bag, it just means I can pack more gear in my bag now!

Through a Photographer’s Eye: Sarp Soysal

Through a Photographer’s Eye: Harrison Candlin

Through a Photographer’s Eye: Geoff Marshall

Through a Photographer’s Eye: Myles Kalus

5 comments on “Through a Photographer’s Eye: Matt Murray”