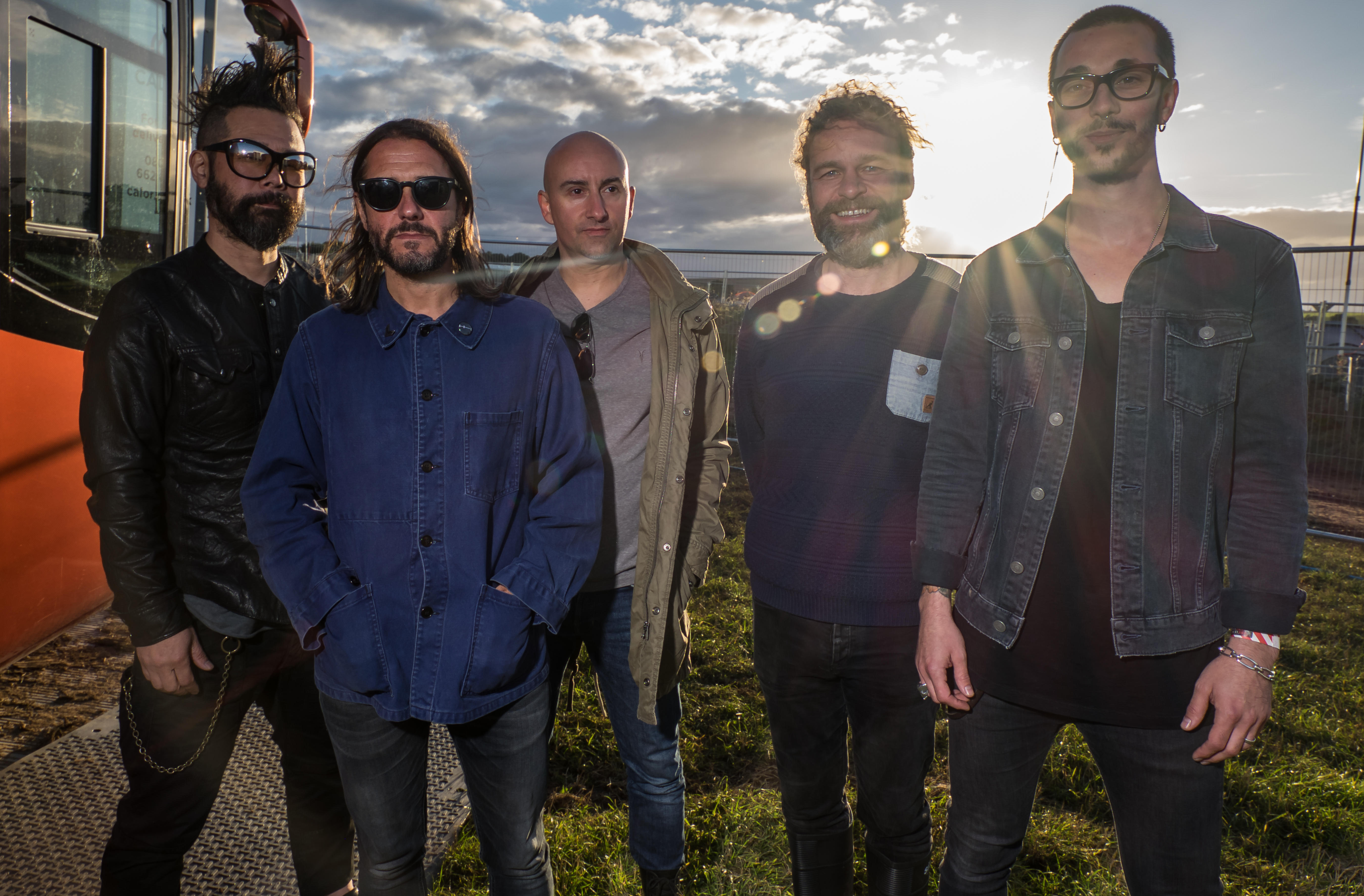 The ‘Great British Summer’… We all remember it, don’t we?

As a photographer, who makes a living from shooting music events, the summer time means swapping my cameras and lenses, from my rolling camera case, to a heavy rucksack that I carry on my back. ‘Why?’ you may ask. I think you’ll understand as you read on.

From June until mid September I’m often asked to shoot at different festivals up and down the UK. A dream job in most peoples’ eyes and, yes, I’d be lying if I said I haven’t had amazing times and memories at festivals all over the world.

I must admit though, over the past few years the thought of shooting a festival for 3-4 days, as Y Not Festival is, does bring me out in a cold sweat. The great British summer time, we all know, is very unpredictable to the extreme, and I usually end up photographing these events in bad weather. Take this year’s Nottingham Splendour festival for example, an outdoor one day event where the weather was fine until 4pm, when the Buzzcocks came on, and the heavens opened up. The rain did not stop pouring all evening and in to the night it became torrential – even as I drove along the A52 home.

The first thing I do before I go to ANY festival is to swap my Fujifilm kit over from a rolling case to a rucksack because, quite simply, you cannot roll through all the mud and rain where the grass used to be!

I have learned over the past few years, and this is a tip for those reading this, that if you shoot mirrorless Fujifilm cameras, chose what lenses you use the most at a festival, and only take those. To cut down the amount of time spent changing lenses, I now carry three Fujifilm camera bodies with me at festivals. I always take my two X-T1 bodies with my XF16-55mmF2.8 (which is my go to lens) and my XF50-140mmF2.8. On my FUJIFILM X-Pro2 camera I take an XF14mmF2.8 as this is a really wide lens, perfect for close ups and backstage pictures.

Due to the amount of dust, mud and rain at festivals, I never take these lenses off. This helps keep my sensors in top-notch condition against whatever the summer weather throws at them.

This year’s Y Not festival opened on the Thursday night with Feeder playing in the evening summer sun. I managed to grab some portraits with Grant and the lads before they went on stage and played a great set to the early bird festival goers, who had arrived on the Thursday afternoon to set up camp.

Did I mention the summer sun on the Thursday evening? Well, that was the last we saw of it! Come midday on Friday, due to a few hours of a very heavy, torrential downpour, the whole festival site had changed completely.

What was green grass had now turned into a muddy swamp. Maybe these are the perils of holding a festival on the Derbyshire moorlands, but I think the conditions on the Friday took everyone by surprise. The main stage was particularly badly affected, driving rain had soaked the stage and there were fears of the bands getting electrocuted if they plugged in and played. A few acts were cancelled as the rain did not relent, until someone had the idea to put up four gazebo type marquees on the stage for the bands to try and play under.

This did help provide some shelter and two bands powered on through, performing in the height of the driving rain. I was at the festival to photograph one of these two bands; Nothing But Thieves. While the band had temporary cover, I, however was not so lucky. As a photographer, I, and my kit, needed to be at the front of the stage.

When I’m shooting at festivals, I’m always being asked about how weathered my Fujifilm X Series cameras are. I will admit that I’d never pushed my equipment as much as I had before experiencing the conditions at Y Not Festival. The rain was just horrendous. For the first three songs (around 17 to 20 minutes) I was photographing the band at the front of the stage. I was then side of stage to shot another two songs from there – once again I was exposed to the elements and continued to get soaked.

I can honestly say that my cameras passed their weathering ordeal with flying colours! I had no problem with the bodies and lenses in this heavy rain.

The rain continued throughout the evening and the main headline act, The Vaccines, was cancelled as the weather became so extreme. Therefore, it was time to go home and give my equipment a good clean up.
Although Saturday was blue sky, the night brought more torrential and a decision was made to call off the last day of the festival due to health and safety issues.

The ‘Great British Summer’, as I said, I get the cold sweats just thinking about it!

Please note: Not all of the X Series cameras feature Weather Resistance. Please check the specification of each model before purchase.