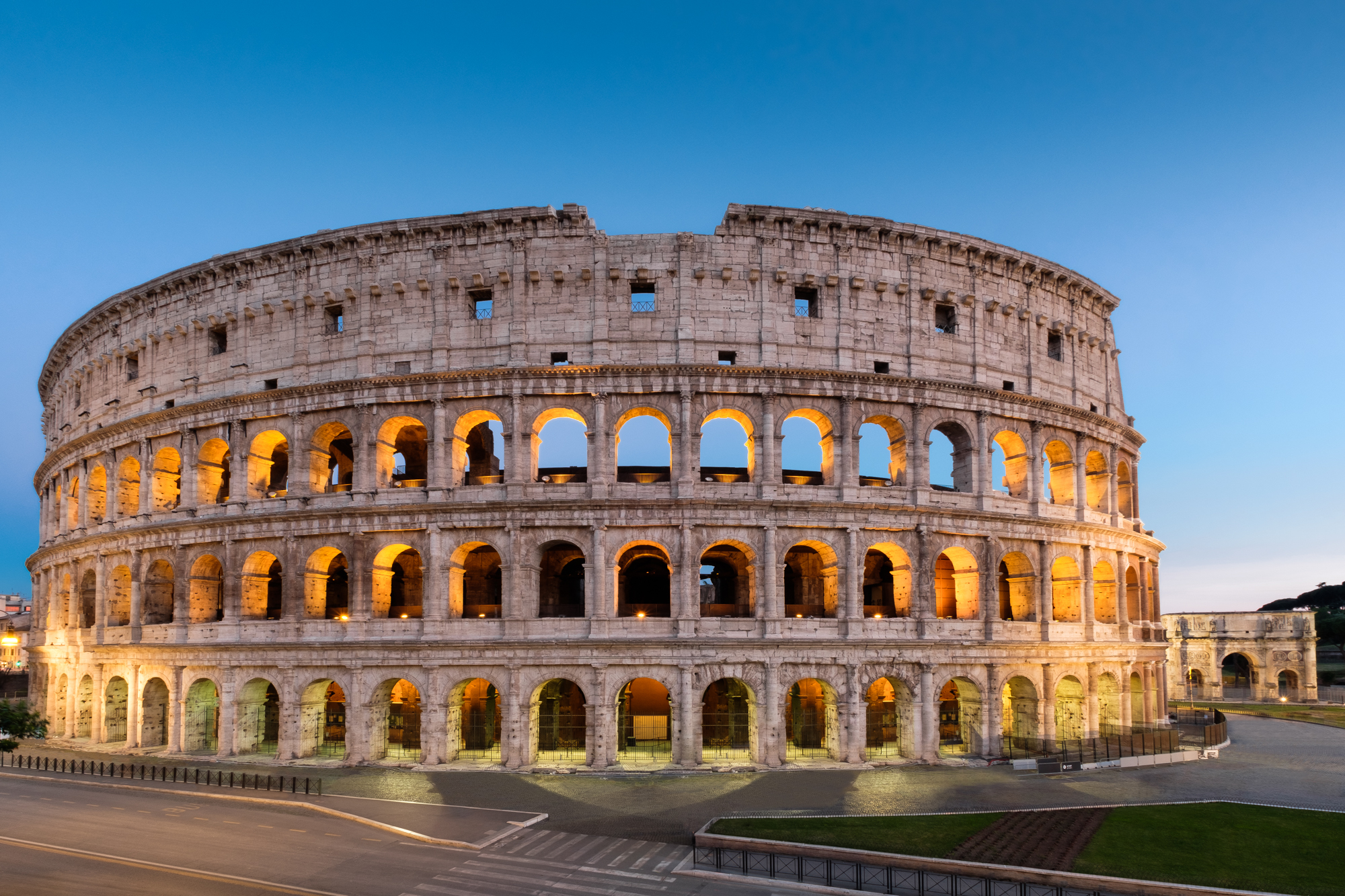 Gavin, can you tell us about yourself and how you started using Fujifilm X Series cameras?

I first picked up a camera in high school and when my chosen career path as a Furniture Maker was abruptly interrupted, I turned to photography once more. I spent five years as an automotive photographer in my home state of Western Australia, but as I began to travel more, my interest turned to landscapes, portraits, architecture – anything I could find. From late 2015 I began travelling full-time, exploring Europe, Asia and recently chose Hội An, Vietnam as my base. During this time, my partner and I established a travel and photography blog and began shooting for tour companies and hotels, which has pushed me as a photographer to be constantly photographing and adapting my skills to different situations on a daily basis.

After travelling through Indonesia, Vietnam, Japan, Singapore, USA and Canada with a full frame digital SLR kit I found myself leaving lenses behind on a daily basis to save on weight, struggling with a Pelican case on flights, and generally just finding the gear too cumbersome. I decided I needed to find an alternative. In mid 2015 I attended the Camera Electronic Expo in Perth with plenty of research about the Fujifilm gear behind me, but without having picked up a camera yet. I spent a few hours talking to the Fujifilm reps and by the end of the day, I was the proud new owner of an entire Fujifilm kit, complete with an X-T1, X100T and three Fujinon XF lenses. I’ve been travelling with the kit ever since. It has certainly evolved over time and I’ve found that the transition from a full-frame digital SLR kit to the mirrorless Fujifilm gear has been liberating.

Why do you use the Fujifilm X-Pro2 for your travel photography? Why don’t you use a Digital SLR?

The weight and size advantage was my main motive to make the change from a digital SLR to a mirrorless kit. I’ve found my Fujifilm gear to be less intimidating for my subjects when shooting portraits, and it attracts much less attention while I’m on the road, which is definitely a concern in some of the areas I’ve travelled. I moved from the X-T1 to the X-Pro2 as soon as it was released in Scotland, where I was working at the time. My X-Pro2 is the perfect travel companion – lightweight, discreet and capable.

The XF23mmF1.4 R, would have to be, by far, my favourite Fujinon XF lens. It’s the perfect focal length for most of what I shoot and is incredibly sharp, fast, and renders beautifully.

My favourite shot from this lens is of Mount Bromo, an active volcano in Java, Indonesia. After a flight, bus trip, and mini van ride, we arrived late afternoon in Cemoro Lawang and spent our evening chatting to the locals to decipher where the best vantage point would be – without being surrounded by tourists, being able to enjoy the moment, and also get the shot I was envisaging. A 3:30am wake-up call after a rough night’s sleep in the worst accommodation we’ve ever stayed at, we took a bumpy and dusty jeep ride in the darkness of the night to the recommended location – lower than the standard view point where there would potentially be hundreds of travellers. It was still pitch black (and freezing!) at this stage so I started shooting photos at ISO 51200 to decipher exactly where the volcano was, before taking some astro shots of the starry night sky. As time wore on I became worried I was out of luck, it was extremely hazy and as the sun began to rise the light was looking flat and dull. And then it hit. Layers upon layers of mountains became visible through the golden light and the sun rose to hit that perfect position, right at the tip of the volcano, glowing through all the billowing smoke.

What did you most enjoy about growing up in Western Australia?

I grew up in a small, quiet town about 100 kilometres east of Perth before I left at 20 to pursue career opportunities in the city. Western Australia has a lot to offer from incredible white-sand beaches, various wine regions and stunning nationals parks, however, I’m ashamed to say I have seen very little of my home state. My partner and I were back in Australia for a few months last year and we did spend some time exploring Western Australia; down south near Albany and up the coast towards Lancelin, but we know there’s plenty more to be seen. The north of Western Australia has many areas I’m itching to photograph – Karijini National Park is my first target.

I believe learning how to work with light is the first step to understanding photography, and the only way to do this is to experiment. Learn how to shoot using manual before you begin automating anything (other than focus). It’s very important to understand the basics of ISO, aperture and shutter speed and how they impact both each other and the final photograph, before leaving it to the camera to decide anything. You’ll make mistakes and take some horrendous photographs (I cringe at some of my earlier work!) but it’s the best way to learn.

Also, find someone that is in the industry that you respect and ask them as many questions as you possibly can. I spent six months on work experience with one of Perth’s top fashion photographers and although it was in an area that I didn’t pursue, the knowledge that I gained from working alongside him on a daily basis formed the foundation for my photographic skills.

Immerse yourself in photography if that’s truly what you want to be doing. I literally never leave the house without a camera (be it film or digital).

Does travelling with a partner benefit your photography in any way?

My partner and I have extremely different styles of photography; she’s a portrait photographer that loves natural light and soft tones while I thrive off a dramatic landscape and punchy colours. Travelling with her has certainly made me appreciate the finer details as well as challenged me to develop skills as a portrait photographer and learn how to include a human element within my work – she’s adamant we need to document ourselves in our travels! Not to mention the fact that she generally sticks with the XF35mmF2 R WR so she’s got plenty of extra weight available in her carry on for my multiple lenses – now if that’s not a benefit, I don’t know what is.

If you could put a new feature on a future X Series camera what would it be and why?

I picked up an old Canon EOS 3 film camera when I stumbled across a flea market in Paris and was blown away by the focus by eye control. The ability to look your subject straight in the eye, or pin point a certain building in a cityscape, makes shooting fast, accurate and personal. I haven’t heard of this being integrated into a camera since, and I believe a more refined version would be an incredible addition to a future X Series camera.

Do you have a favourite location you have visited so far? Could you give us a glimpse into how you see that part of the world through the lens and provide some ‘local’ knowledge about the area?

Myanmar. Over the past eighteen months, we’ve travelled through over 20 countries but Myanmar was something else. It still has that feeling of being untouched, combined with beautiful locals, unusual landscapes, and incredible culture. I really felt like I connected with the country and the people, even if we often couldn’t speak the same language. The dusty atmosphere, intricate structures and golden light made for some of my favourite photos to-date.

Myanmar is somewhat of a mystery location, there are areas that are completely closed off to foreigners and unlike other destinations, the internet isn’t saturated with information about how to travel there. We found the easiest way was to book everything through local travel agents once you’re in the country, be careful where you visit but don’t be afraid to go off the beaten track. And go now, before everyone else discovers it too!

0 comments on “Through a Photographer’s Eye: Gavin Host”