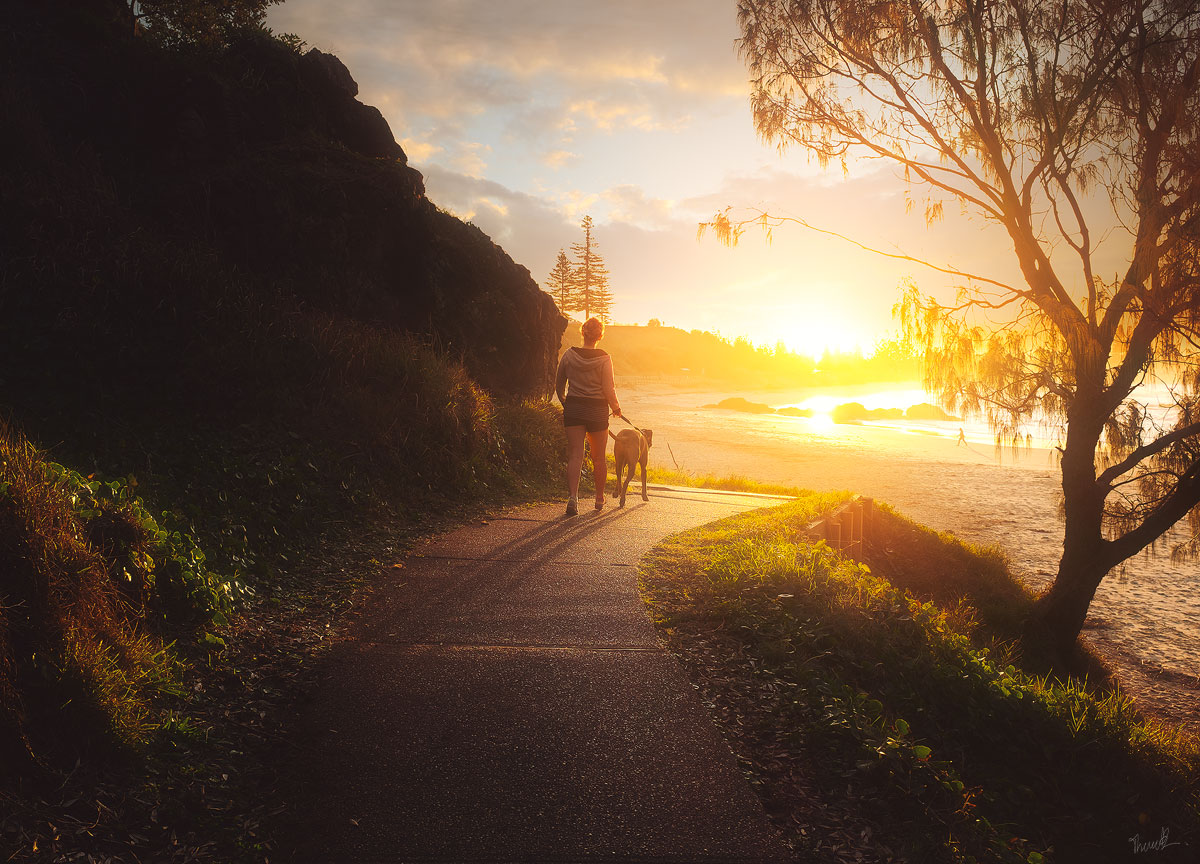 Welcome to the Second Series of Through a Photographer’s Eye. In this series, we continue to learn about Australian photographers and how they use X Series Cameras to photograph their world around them. Our last interview in Series Two is with New South Wales based photographer, Thomas Brown.

Thomas, your landscape and contemporary work is unique, can you tell us a bit about yourself and when you first picked up a camera?

I grew up on the beautiful mid-north coast of New South Wales. My interest in photography evolved through my interest in cinematography and video editing. I picked up my first real digital still camera in 2011 for the purpose of creating high-resolution time-lapse sequences for a personal short film project.

Around 2014 things started to change, and my photography interest overtook my filmmaking interest. Since then I have been in the constant pursuit of making pictures and have really enjoyed the journey so far. Career wise, up until a year and a half ago I had worked as a camera operator and video editor in TV commercial production. I am currently undergoing a bachelor degree in Creative Arts & Graphic Design.

My advice would be just to start shooting and creating. It’s all time spent experimenting and doing, that’s where all the learning happens. I would tell anyone starting out just to hang a camera around your neck and go for a walk; you will most likely be drawn to certain scenes that will naturally appeal to your creative eye.

Study different photographic genres, you will probably find that you are interested in more than one, and that is totally fine. Consider it all a personal, evolving journey of learning and experimentation. Most of all it is important to have fun.

When using your X-Pro2 is there any particular settings you use for night shots?

I use the X-Pro2 mostly handheld at night. The benefit of shooting this way allows me to quickly visualise the idea, frame the image, take the exposure and continue on. That’s what I love about the X Series cameras they perform very well in situations like this.

For my handheld contemporary/night work my settings hover around low shutter speeds, which are just high enough not to introduce handheld motion blur. My ISO is normally around 800 to 1600, and the aperture usually sits between F2 and F4, which is all dependent on the scene’s brightness. Similar settings are used when I’m shooting with a tripod too.

You said you currently use a Medium Format camera, what was your reaction when Fujifilm’s GFX 50S medium format was released based on your experience with APS-C sized X Series cameras?

Yes, I had been shooting on a Pentax 50MP medium format camera for over two years. The problem was that once I got my Fujifilm X100T and X-Pro2, I noticed that I stopped reaching for the 645Z. The X Series cameras were too much fun!

When I heard about the GFX 50S, I couldn’t help but think how special it would be, especially if it had the same magic in it that I first felt when introduced to the X100T. I decided to move away from the Pentax medium format camera and have gone all in with Fujifilm X Series cameras.

For the work, I create they really allow me to be more mobile and discrete. X Series cameras get out of your way and let you focus on creating work, and I love that aspect of shooting with them.

What Fujifilm gear do you take with you on the road when capturing your travels? Do you have any storage tips you could share?

I keep all my gear safe in a craft-wright hard case while at home, and in a Vanguard Sedona 45 Backpack while out and about. I’m paranoid about dampness and mould, so I would advise having some form of a dehumidifier in your camera bag or case.

You have recently published a book which includes images captured using the Fujifilm X Series system. What was the biggest challenge you faced in this project?

I spent the majority of the 2016 working on a series of images I named “Regional Moments”. Capturing regional scenes and presenting them is cinematic ways. The hardest part of the project was trying to work out when to complete the series.

Right when I thought I was finished, another idea or location would present itself. Although the first book has been published, the series continues, so a sequel is on the cards. I made well over half of the images in the book with the X100T and X-Pro2, the ability to have a small yet very capable package proved to be invaluable to the project.

Can you provide some insight into your workflow process from capture to the final result?

I always capture my images in RAW, and they go straight into Adobe Camera Raw for initial adjustments and then into Adobe Photoshop for masking and further colour work. Depending on the image and idea the workflow can vary quite a bit.

For the contemporary and night images, I usually start off with either Provia Standard or Classic Chrome profiles in camera raw. I generally process quite dark for most of my images, so tweaking the exposure is the next step. I usually utilise a tonal curves adjustment to slightly lift the blacks, and even introduce some blue into the shadows. Depending on the image I may add some subtle film grain to give the image some life. A key ingredient to my workflow is the use of one of my many custom created LUT’s (Colour Look Up Tables).

For landscape post-processing, I like to capture at least 3-5 images with the focus at varying distances in the scene. I then will use these frames to merge them into one razor sharp image. Then the rest is usually tonal curves, blending, colour balance and sometimes dodging and burning.

If you could add a feature on a future Fujifilm X Series camera what would it be and why?

I had to really think about this question. It’s hard to fault the Fujifilm X Series cameras especially with the regular firmware updates we get. I’m pretty happy with everything but if I were to ask for something extra it would be to enable 4K video on the X-Pro2.

Through a Photographer’s Eye: Greg Cromie

Through a Photographer’s Eye: Joe Allam

Through a Photographer’s Eye: Chelsey Elliott

Through a Photographer’s Eye: Athol Hill