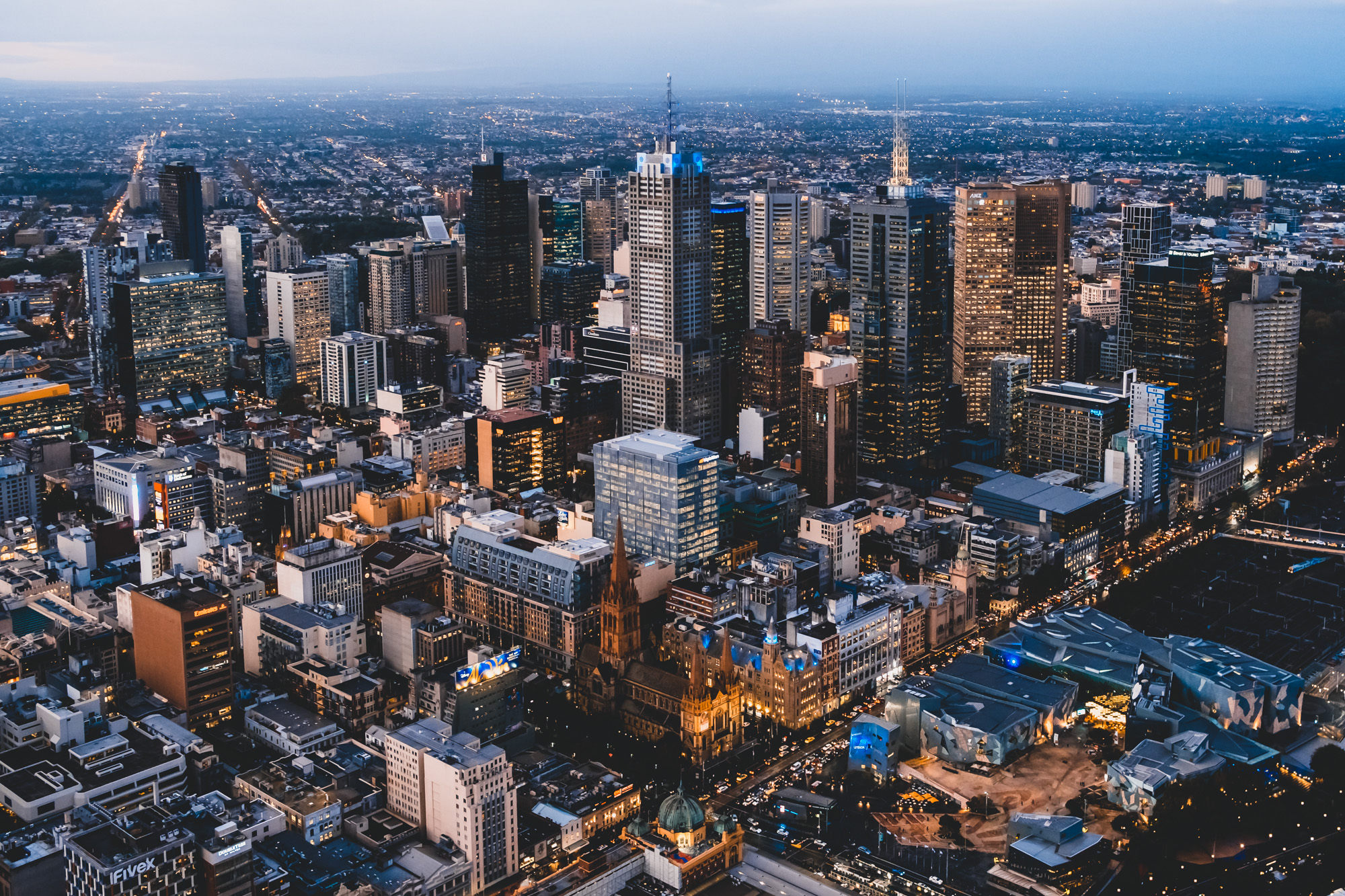 Welcome to the Second Series of Through a Photographer’s Eye. In this series, we continue to learn about Australian photographers and how they use X Series Cameras to photograph their world around them. Our seventh interview in Series Two is with Melbourne based photographer, Joe Allam.

Joe, tell us about yourself and how you ended up with a camera in your hand travelling the world?

Hey, thanks for inviting me to the blog! I’m a mid-20s “independent creative” as I like to label it. Descending from a background in graphic design and a passion for photography from a young age, I’ve slowly been becoming more and more self-sufficient with my work and more remote with my clients, to allow extended travel around the world.

It all started from a personal goal with my partner Elly, to pack everything up and go travelling for at least a year, with the intention of basing ourselves in Melbourne for the majority of that time. Throughout the past couple of years, I’ve been documenting my photography experiences to a growing audience on YouTube. In short, this has all helped to create a lifestyle that opens further opportunities for even more travel content creation!

What are your impressions on the Fujifilm X-T2?

I love the X-T2! In fact, I’ve been falling heavily for Fujifilm cameras ever since I recommended Elly get the X-T10 last year. They’ve easily been the most enjoyable cameras I’ve ever used. The X-T2, in particular, is just incredibly functional and usable, with everything I need fully accessible while shooting. I’ve been dabbling with various mirrorless setups over the past few years, but always took note of them not being DSLRs. With the X-T2, I have to remind myself that it is actually a mirrorless camera! There’s always been talk about when the DSLR will truly die off in favour of mirrorless, but I’ve never been so confident of that coming sooner until I used the X-T2.

One of the standout features I’ve loved about the X-T2 and other Fujifilm cameras is the viewfinder. I’ve never been much of a fan of electronic viewfinders in the past. I’ve always been very conscious of them, which can be quite distracting when taking photos. There’s just something extremely comfortable and enjoyable with the Fujifilm ones though. Coupled with just the right settings for customisation, I’ve been able to make them personal to me and my shooting style very easily.

For my travel lifestyle, using the X-T2 has been an extremely welcome change regarding the size and weight of my equipment. It’s been able to replace almost all needs that I had for a photography camera, in a body that’s about half the weight and size of my previous cameras.

Recently you travelled to New Zealand, in your opinion what was the best photo you captured using the X-T2 during the trip? Can you tell us the story behind the image?

An image that really stands out for me was taken in Arthur’s Pass overlooking “the viaduct”. It’s a viewpoint I’d seen visiting New Zealand for the first time last year and still amazes me having seen it a couple more times since.

Previously I’d been unlucky with the light and time of day for travelling through Arthur’s Pass, as it’s always been during a day of 5+ hours of driving, which doesn’t give much flexibility for an itinerary. This year was much the same, driving through Arthur’s Pass slap bang in the middle of the day with flat cloud cover and drizzling rain. However, just as I reached the viewpoint for the shot, some cloud cover broke, and the rain stopped to add some extra variation to the lighting which was very welcome!

I wanted to display the landscape’s diversity with the foreground grass interest, to show how varied the terrain is; rather than it just looking like a drone shot; which is why I got low for the shot poking the lens through the metal railings. With the coach driving through the middle, I was also able to show a sense of scale for the bridge, and hopefully, with this shot, I’ve been able to inspire other people to visit New Zealand.

What Fujinon lens did you reach for most when you were travelling? Why was this your favourite lens?

I found myself using the XF18-135mmF3.5-5.6 throughout most of the trip, which actually surprised me. I honestly thought I was going to have the XF23mmF2 almost permanently fixed, but I think the convenience of the wide to telephoto focal length really came into play while travelling.

The trip was very hectic, with multiple long distance driving routes, helicopters, 4-wheel driving and boat trips. All that added up to very tight opportunities for actually capturing a moment, which is why the versatility of going from 18mm to 135mm really helped. I especially enjoyed the longer end of the lens and ended up composing more images with telephoto styles than my original style would suggest.

Throughout your travels, in Australia and New Zealand, you used the Fujifilm X-Pro2 and X-T2. What did you find was the main advantage/disadvantage of one camera over the other?

Even though both cameras are very similar, they both still have their distinct features and use cases. This may sound a bit contradicting, but I find the X-T2 to be much more of an all-round camera, yet the X-Pro2 feels more like a camera that I would actually have with me everyday. I really enjoy the stealthy approach to the X-Pro2 when shooting in urban environments. The form factor felt ever so slightly more portable than the X-T2 as well. Overall it just felt like a camera I could pretty much always have in my bag or pocket, no matter where I was going in the city.

The X-T2 on the other hand felt a little more substantial as a camera. It felt like something that I would bring for a particular shooting intention. Of course, this is all relative to just my personal experience, as I know photographers who shoot weddings and such with an X-Pro2…

One aspect of the X-T2 that I found so much more comfortable however was the SLR-styled design, especially with the viewfinder inline with the lens. Not that I disliked the side orientation on the X-Pro2, it just took an extra bit of a conscious effort to hold the camera to my face in the right place. Again, it sounds silly, but when transitioning between so many different brands of cameras at the same time, sometimes my muscle memory just couldn’t keep up with itself!

When filming on the Fujifilm X-T2, are there any settings you would recommend using?

I pretty much always follow the cinematic style of shooting video with an 180º shutter angle. So I would mostly be using a shutter speed of 1/50th or 1/100th depending on whether I was shooting at 25fps or 50fps. Specific to Fujifilm, however, would be using the film simulation “Pro Neg Hi.” I found it to be the most neutral and pleasing to use with regards to colour grading the footage in post production.

I did also shoot some F-Log footage into my Atomos Ninja Assassin via HDMI out, which worked very well. However, a setting I discovered I needed to disable was the auto-off feature. F-Log video is recorded externally rather than to the SD card, which means the camera is technically idle and would need some form of interaction to stop it from going to sleep.

If you were to design the next Fujifilm X Series camera what feature(s) would you include based on your vast experience with mirrorless cameras?

Although I very much enjoy the Fujifilm system for my work, there are still a few very specific features I feel are missing. Most notably would be an 180º flip-out touch screen so that I could consider using an X-T2 for vlogging. It would also be suitable for when filming in tight spaces when the back of the camera is up against a wall. Mix in some in-body image stabilisation to compliment a lens based image stabilisation, and there could be some serious video specs to tick all the boxes!

I switch between photo and video modes often when out shooting, yet I get frustrated having to adjust settings between the two every time I switch modes. A simple solution would be a setting that could enable a “last-used settings” for each mode, rather than carrying everything over each time. For example, when in video mode, I would set my shutter to 1/50th and film a scene for a cinematic frame rate. Yet in photo mode, I may want to use a higher shutter speed to freeze the motion rather than introduce blur. I’ve experimented with setting custom modes for each setup, but this still doesn’t fulfil the “remember last settings” for each particular mode. Along similar lines would be a dedicated video button similar to what is used on the X-Pro2, but is missing from the X-T2.

I’d also love to see the XF lenses have reduced friction on the lens barrel for smoother zooming and manual focus, along with a constant physical size using internal moving components — I’ve never been a fan of lenses that “grow” when zooming.

The best advice I can give to anyone starting out is to always have a camera with you. Sometimes you never know when you may come across a shot, but more importantly, it’s about knowing your camera inside out, so that when you do come across the right shot, you’re prepared for it, with a camera you know how to use.

On too many occasions I see beginner photographers get frustrated in a situation because they can’t get a look or style they have in mind, or the camera is “acting weird”. Take the time to truly get to know your equipment by shooting often, and you’ll soon find that your creative side will start to improve as you try to find better ways of shooting your everyday life!

Through a Photographer’s Eye: Greg Cromie