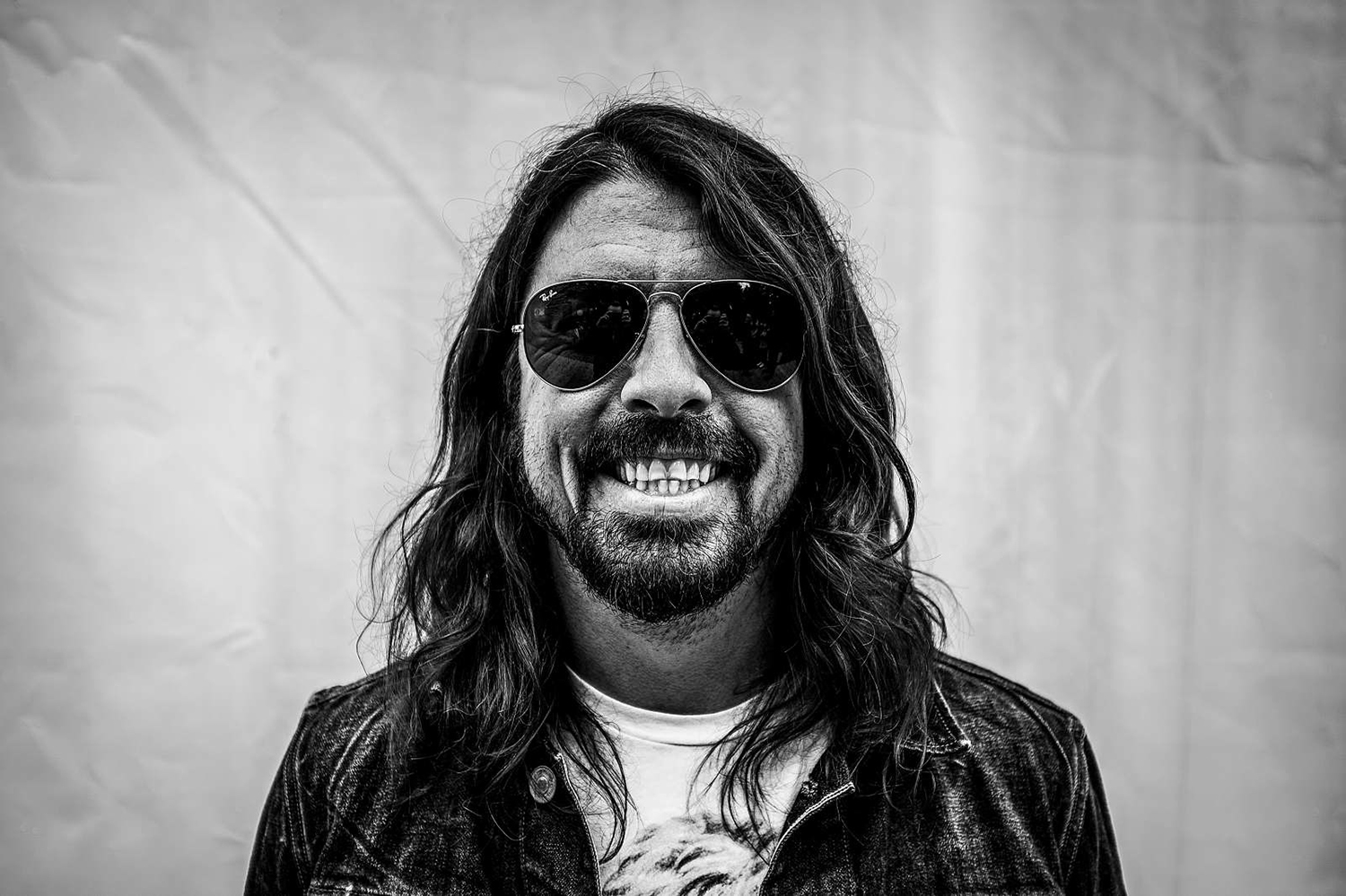 Photographer Felix AAA has spent the past ten years touring the world with a variety of musicians, getting up close and personal with the artists to capture intimate, unseen, behind the scenes shots. In this article, he talks about some of his favourite images, and his experiences behind how he took them.

Touring has taught me everything I know. Ten years of consistent travel, worldwide, in wildly varying environments, from the glorified ‘toilet tour’ (small, run down venues, minimal budget, extremely uncomfortable settings) to stadiums and arenas with 10+ buses, jets and five star hotels.

These scenes and the experiences they have provided have allowed continued growth in understanding how to handle both a rapidly changing environment and how to bond with high profile individuals within a very short space of time.

Being put into a position of closed quarters with anyone for an extended period of time is daunting enough on any level but to then add the pressure of having to capture their world, as an in demand human, in a candid manner without seeming as though you’re encroaching brings an entirely unchartered territory to the table.

You work in both the worst lighting conditions imaginable alongside some of the best you could wish for. Although mostly the worst. This poses a consistent challenge for me, personally, as I use only natural light. A choice I made so as to continue to capture scenery without making my presence too obvious. This too effects my choice of camera for certain environments, which is why, when shooting in very close proximity, I choose the X Series, with the X100S being my go-to camera.

When on silent mode, it is perfectly unobtrusive both in sound and size allowing subtlety to be utilised in almost all situations.

It also becomes a talking point, due to the incredible imagery it outputs. Subjects are always beautifully surprised by its power.

Better yet though, is its ability to fit into near enough any pocket, which makes movement so easy. It can essentially go anywhere and with such a generous aperture range, it excels almost everywhere.

Included in this post is a selection of some of my favourite images that I’ve taken with the X100S and the stories that accompany them.

Nas – Clash Magazine behind the scenes

This is one of my all time favourite images. I was shooting BTS for a Clash magazine cover shoot by a good friend of mine Hayley Brown.

Like with any studio shoot, set up time tends to take longer than the shoot itself. The first thing Nas requested upon arrival was a shape up, so I took a seat behind him and just observed the energy of the situation. He spent the entire time looking at his phone until this moment, where he looked up into the mirror directly at me. I raised my camera and hit the shutter once and this was the result.

I was playing Radio One’s Big Weekend a few years back and Foo Fighters were headlining alongside Taylor Swift.

Upon arrival, I’d mentioned to a few friends that my aim for the day was the shoot a portrait of Dave Grohl, Foo Fighters’ lead singer, at some point during the day.

So that became my mission. I went on an adventure to look for him, and it seemingly became easier than expected. After wandering around backstage for five or so minutes, I saw him pacing back and forth on the phone. I decided to pitch up on a flight case and wait to see what sort of situation I might be dealing with, after another five or so minutes, he ended the conversation and started walking towards me. I stood up, approached him and asked whether he’d be cool with me shooting his portrait. “Of course, dude” was his immediate response. He then took interest in the camera, asking whether he could play with, to which I obliged. This again was another single shot. A brief re-positioning of him against the white backdrop of the dressing room, he instantly cracked out this expression, I fired the shutter, thanked him kindly and went on my way.

I have just come off a 3 month tour with Anderson .Paak and Bruno Mars, shooting the general goings on involved with a production of this size.

We had a week of back to back shows in London’s O2 and during the days, we would be in the studio working on new album material.

This particular day, Nile Rogers booked Abbey Road. Anderson .Paak and I turned up and shortly after, Bruno arrived. Very quickly, Nile went into story telling mode. This is a man who has truly seen it all. Friends with the most refined list of who’s who characters. This image was captured during one of many incredible stories of Prince and Nile going through some form of ridiculousness one could only imagine from a Prince based scenario.

Anderson .Paak – On the road in Copenhagen

Anderson .Paak and I spent a lot of our time on the road taking advantage of the incredible cities we were finding ourselves in. On this particular day, we were in Copenhagen. We’d decided to do a shoot with a stylist friend of his, Lissa.

We took a cab from the hotel to this beautiful communal park/area in the centre of the city. Anderson .Paak spent the entire journey on the phone to his manager discussing the remainder of the year’s events. The sunlight was pouring through the window, on the brink of the golden hour.

This again was a show that I was playing, on the same stage as Pusha T, an artist I have been a fan of since a very young age.

When I came off stage, he and his DJ were standing around, waiting to go on. I asked him if he’d be cool with me shooting a portrait, to which he obliged, somewhat begrudgingly, which to me was perfect, as it made capturing the essence of the character he portrays even easier. From a technical perspective this isn’t a shot I am particularly overwhelmed with, but atmospherically I love it.

Much like the Pusha T image, technically, I can’t say I am in love with this image. The conditions in which it was taken were so grim, but I pushed the camera to its low light limits and I like the blurry romanticism of the result.

I’d been sitting in catering at a festival and Bob was sitting on the table opposite. After finishing my meal, I headed outside and he followed shortly after. It was around 10pm and pitch black outside, bar this one sliver of light pushing through a fence that was coming from a portable toilet.

Asking him whether he’d be willing to stand in the sliver of light and let me take his photo, he said ‘Ok, but make it quick’ – ‘Certainly’ I responded and into the light he stepped. Shutter fired, I said thank you, going to shake his hand to which he said ‘That’s it?’ – I smiled and said; ‘That’s it.’ he laughed and disappeared back into the darkness.

The fourth generation of the X100 Series. The FUJIFILM X100F is the ultimate in premium compact digital camera

Fujifilm pioneered a new market segment of premium compact digital cameras in March 2011 with the launch of the X100, equipped with an APS-C image sensor, high-speed image processing engine, high-performance FUJINON lens and the world’s first Hybrid Viewfinder that can be switched between an optical viewfinder and an electronic viewfinder. In February 2013, the second-generation model in the series, X100S, was released with a newly-developed sensor and image processing engine. The company updated the series in September 2014 with the launch of the X100T, boasting the use of the world’s first electronic rangefinder function, in an effort to constantly lead the segment of premium compact digital cameras with cutting-edge technologies.

The fourth-generation release of the series, X100F, features the latest image sensor and high-speed image processing engine to deliver the highest level of image quality and mobility in the series. This is the ultimate in premium compact digital camera, equipped with the Advanced Hybrid Viewfinder of enhanced convenience. While maintaining the elegant design that has proven to be popular, the new camera has been developed in pursuit for easy operability, reflecting requests from users of previous models.