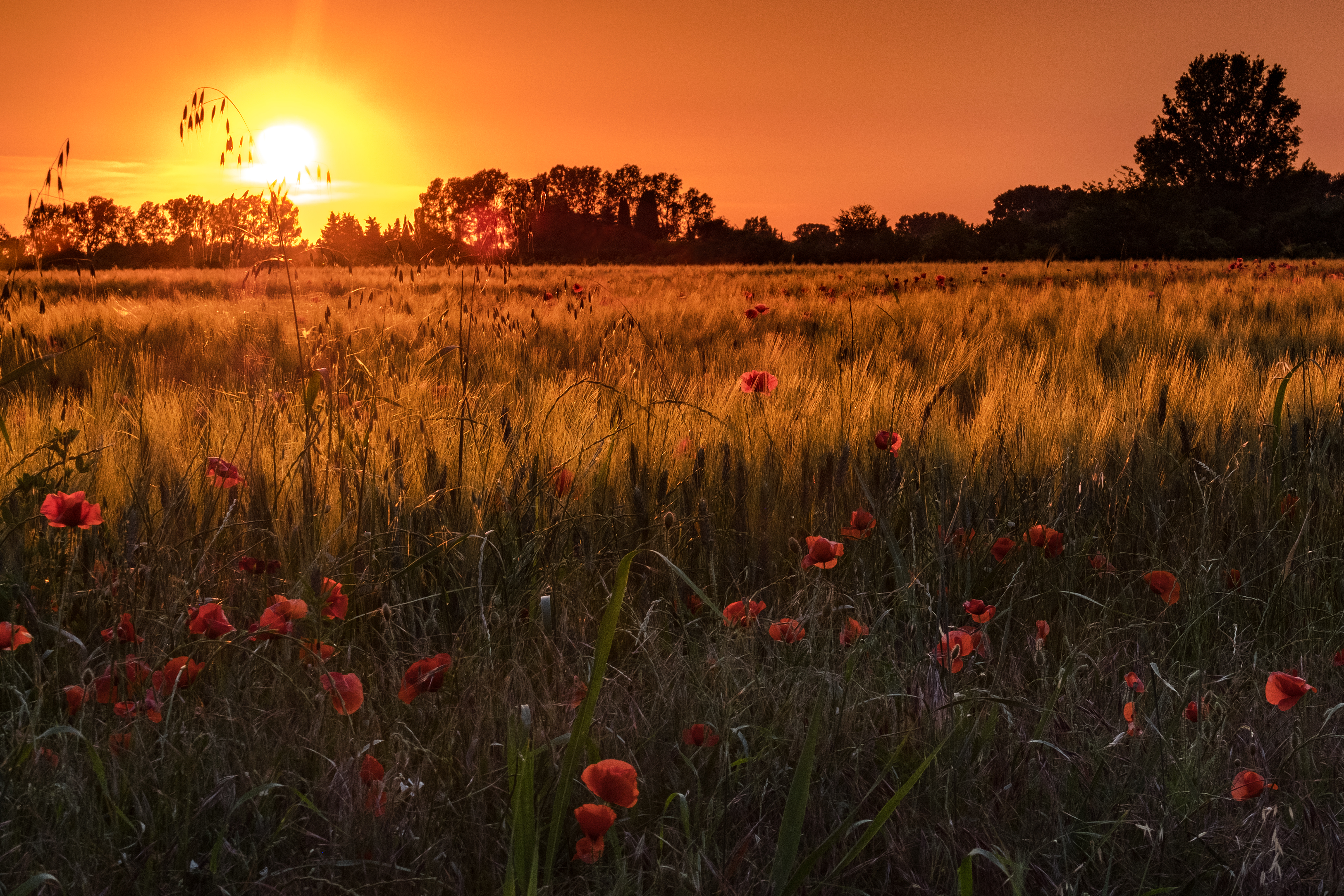 There I was, standing in a crowded Chester street, mesmerised by the beautiful object that was pulling me into the window. All black and shiny with a shape so beguiling. I couldn’t take my eyes off it. Other objects did their best to attract me but failed in their attempt.

I stared long and hard and the longer I looked the broader my smile. My wife who stood alongside me said, “so, what has caught your imagination?” I didn’t speak but pointed a finger towards the glass as I introduced her to what would become my ‘other’ love.

The FUJIFILM X-Pro1. I went in, caressed it and along with the XF18mm-55mm, I took it home.

The affair had begun…..

Over the next five years that mirrorless wonder completely won me over. Initially, I used it for high mountain shoots and my European forays as the weight reduction was considerably less than the full frame kit that I had.
However, it became obvious that the work I was producing was not only comparable but more than equal to the ‘bigger’ kit. In short, it became my number one choice and eventually I converted fully to the mirrrorless system.
As well as the ‘1’, I now have a recently acquired FUJIFILM X-Pro2 and have added several lenses to my arsenal.

With its 24.3 million pixels and the X-Trans CMOS III image sensor delivering fabulous images, I knew it would be a step up from the ‘1’ but I also found the refinements pleasing. It handles much the same which is great but delivers a much better output in quality. One pleasing touch for me is the adjustable diopter by the viewfinder. As a glasses wearer it is a godsend.

As someone who grew up with film cameras, I still adopt that style of working and this camera allows that. Sure there are menus to help you get the most from it but the basics of aperture, shutter, ISO, focus and of course YOU are the heart of it. Easily accessible and tactile, the layout of controls empowers you. You are a photographer in control.

I took this on my first outing shooting some 5 miles across Birker Fell in the Lake District. My aim was to capture Bow Fell at last light using the XF50mm-140mmF2.8. The resolution, considering the distance is extraordinary.

Having had a very busy year, my wife and I decided to take a trip to France. I saw it as a perfect opportunity to give the new gear a full workout. This was to be a holiday though and not an assignment and with that in mind, I decided to shoot whatever presented it self to me. I wasn’t just going to just take landscapes as I have proven its worth in that genre in the Lake District.

For me it was to be a week where I shot whatever presented it self. See how good it is as an all-rounder. I had never been to Provence before and so the week would be a voyage of discovery in more ways than one. Although I brought a travel tripod with me, I rarely used it. Instead, I opted to walk around and ‘up the ISO’.

We were based near the old walled city of Avignon and on the Sunday afternoon I was taken back to my childhood when we managed to bring the old song, ‘Sur le Pont d’Avignon’ to life in temperatures of 30s plus.

Having paid a few euros to stroll across it in full tourist mode you literally stop in mid-stream, as the bridge doesn’t actually span the Rhone River. It stops short.

There was a charity boat ‘race’ taking place on the water, so I made the most of the opportunity and took a few images with the XF16mm-55mmF2.8 lens attached.

It was a colourful spectacle and I put the kit through its paces. The X-Pro2 presented remarkable detail even in the deep shadows.

I like to take images as much ‘in camera’ as I can. I don’t spend hours in front of a computer processing and this camera enables me to do that.

Street photography or ‘candid’ as I also refer to it, is another enjoyable way to gather images and it is surprising what presents itself to you when you simply stop and look.

After leaving the bridge, we ambled around the huge main square in the city that further allowed me to indulge in bit of ‘street’. I was inconspicuous on the fringes of the square and managed to grab a few images.

Without doubt the XF16mm-55mmF2.8 is my ‘go to’ lens. It’s fast, responsive and pin sharp. I would say it was the lens I utilised most of the week.

When friends knew we were going to Provence they all said, “it is beautiful and you’ll love the Lavender fields and Sun Flowers.” I am sure we would but this was Spring and those announce their arrival from mid-June onwards.

However, we were not disappointed as Poppies were decorating the landscape.

They were everywhere. I would say that the majority we saw had seeded naturally but there were a few that were obviously propagated in neat rows.

Whilst I am a bit of a traditionalist and like to show the bigger picture, I found myself using the bigger zoom more and more. What a great lens. Although the XF50mm-140mmF2.8 is a substantial piece of glass, I took several of them hand held.

I was delighted with the pin sharp images and the ability to gather not only the differing degrees of light at dusk but the tones too. This is a fabulous lens and delivers excellent resolution even hand held to slower speeds.

When I shoot, I set my camera up as neutral as I can so that I capture as faithful an image as possible. As a landscape photographer I mainly spot meter but this image was taken on evaluative and on the tripod.

I never encourage anyone to shoot into the sun but there is always a time when it is still glowing yet not as powerful. The wheat fields that were dotted with poppies made for a moment I won’t ever forget as the sun descended. For me it doesn’t always have to be a perfect shot but one that captures the essence of the moment. This was taken hand held.

As a keen cyclist, one of my ambitions is to ride the legendary ‘bald mountain’ as it is known; ‘The Ventoux’. One of the great climbs in the Tour de France, you can see the 2000m behemoth virtually everywhere you go in the Vaucluse region.

It was a pilgrimage for me and although we drove up in the car, we joined in with the emotional celebrations of those who had made a successful ascent. Famed for its howling gale force winds, it couldn’t have been more subdued. No wind and a glorious sunshine with occasional clouds dappling shadows across the barren moonscape that is Ventoux.

Although hazy, you could still make out the French and Italian Alps some way in the distance but I wanted to capture the scale of this mountain and picked my moment using the XF10mm-24mmF4.

It is a great lens and for me, primarily a landscape photographer, it is my number two lens.

I love the shapes it creates with clouds. I can envisage them before I attach the lens and know it will do its job. Slightly zoomed or fully extended at its widest, it delivers very pleasing edge-to-edge images.

Whilst up there, my wife Irene was busy snapping away with her X-A10 and I loved this image she captured of walkers descending the mountain.

After an hour or so, we made our way down the mountain and agreed our experience on this fabled giant would live with us for a long time.

I will ride it one day!

This is a growing region with Grape Vines, Lavender, Olives, Peaches and all manner of crops decorating the landscape.

Moving from place to place, you find yourself constantly remarking on the natural and ‘man made’ put before you and I know that I could have spent much, much more time in each location simply shooting landscapes. The most common phrase of the week was ‘wow look at that!’ This statue was a great example and I make no apology for lying down in the middle of a roundabout cradling the XF50mm-140mmF2.8 to get this shot!

We have always loved pottering and exploring the narrow streets of old villages and as you move towards the mountains, you are spoiled for choice. You cannot ignore them and you won’t be disappointed. They will ensure that the camera doesn’t leave your hand.

Seguret was special. Everywhere you turned there was something to see. Street photography of streets!

The camera coped well with the deep shadows and as we ascended above the village opportunities arose to take images of the roof tiles. I have a fascination for them and love the way the terracotta ages and blends with the colours that seem so endemic throughout the region.

On the day that we left we decided to visit Marseille and its old harbour. It was not what I had envisaged. Sure it would be as the guide books had said, ‘A must see as the old harbour shares its space with yachts of today’ but they were not alone.

The normal Saturday morning waterside markets were in full swing as flower sellers, fishmongers and ‘hawkers’ vied for your attention. Throngs of a different kind joined tourists who were queuing for boat trips and buying souvenirs.

I have no idea of actual numbers but the quayside was alive and vibrant due to the French Top 14 Rugby final taking place that evening in the city. There were literally thousands of fans from across the country alighting there for the festival that accompanied it. All good humoured too as they mixed together singing creating a great atmosphere.

A third of the vast promenade had been taken over by the Rugby Federation who had congregated under a large structure that was topped with an enormous mirrored ceiling. Its juxtaposition with an azure blue sky was too much of a temptation and I couldn’t resist taking a snap.

We were treated to a cacophony of colour and sound with this fantastic ambiance enhanced as numerous street bands played enthusiastically.

Vibrant is an understatement.

Oh yes and there was an enormous Big Wheel that just had to be ridden!

As we finally arrived at the airport I put the camera away and then reflected on the week.

We had enjoyed a great holiday but just as importantly for me the camera more than proved its worth. It isn’t just an upgrade from the X Pro 1 it is a substantial upgrade.

I loved my X-Pro1, still do but this was up on another level.
My thoughts on Provence and the X-Pro2?
I am in love again…..

The FUJIFILM X-Pro2 boasts a Hybrid Viewfinder capable of instantly switching between optical and electronic finders, plus an updated image sensor and processor, which dramatically improve image quality. By combining these features with the ultra-high image quality of FUJINON X-Mount lenses and the color reproduction technology accumulated through more than 80 years as a photographic film manufacturer, the FUJIFILM X-Pro2 delivers the best ever results from an X-series camera.