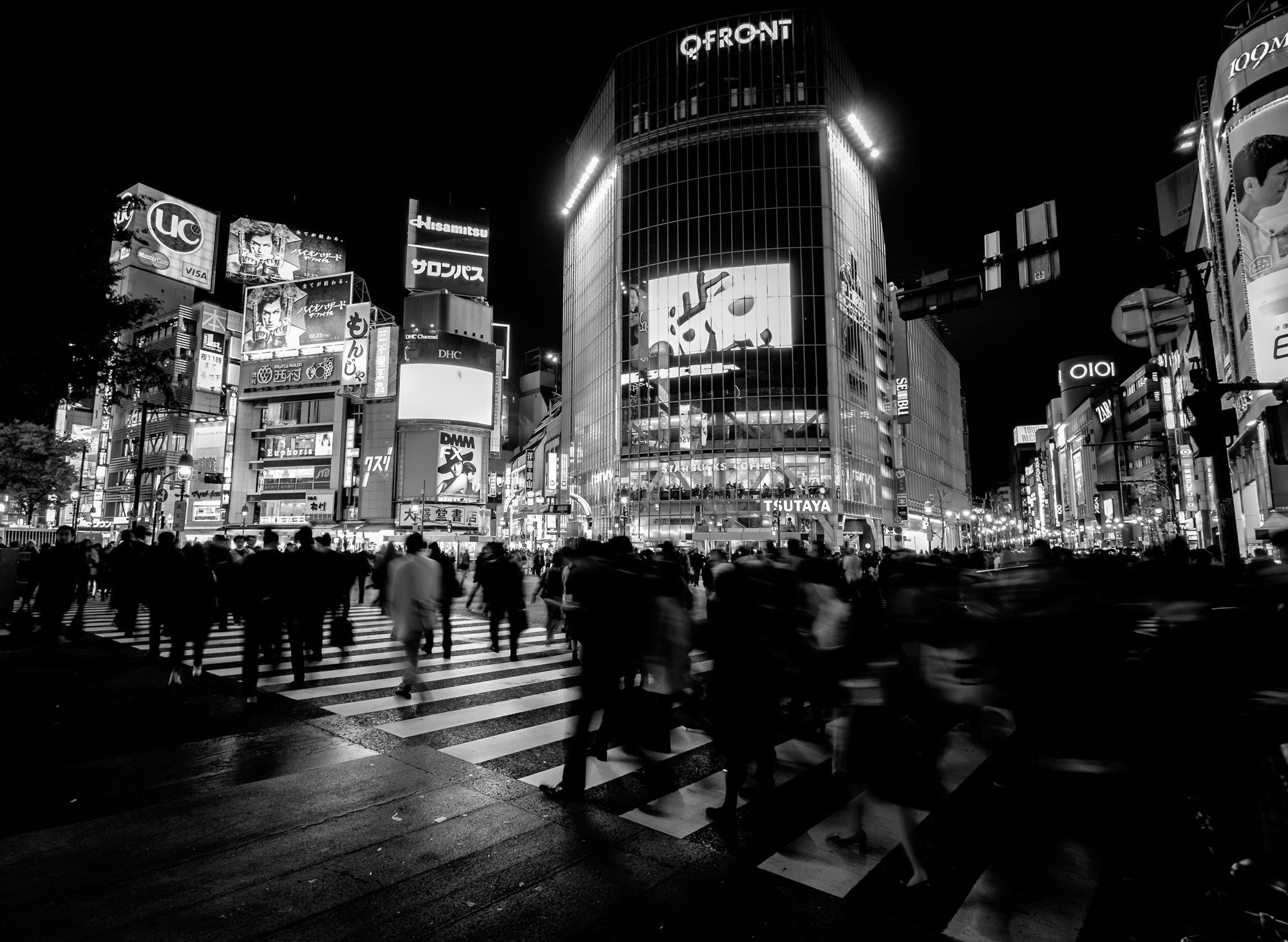 Welcome to the Second Series of Through a Photographer’s Eye. In this series, we continue to learn about Australian photographers and how they use X Series Cameras to photograph their world around them. Our second interview in Series Two is with Cairns, Queensland-based photographer, Jared Morgan.

When you first started out pursuing photography did you consider Fujifilm equipment and can you let us know why you use the gear now?

My only real experience with Fujifilm before the Fujifilm X-T10 and Fujifilm X-T2 was probably around 2006. If I remember correctly I had a Fujifilm FinePix S5500 bridge camera. I think it was a 4 Megapixel camera. They were a pretty good travel camera for the time. This camera did some hard travelling through Thailand, Cambodia and Vietnam after I purchased it.

The camera was also pushed into service as the camera I took in 2011 when I rode my motorcycle on a three-month trip around Australia. However, that trip eventually saw its demise, and it retired from active service!

I then went down a somewhat traditional route many photographers have gone down. I decided I liked the ergonomics of Nikon DSLR cameras and have used a Nikon DSLR system for several years. My interest for re-entering the Fujifilm world was I was looking for a lightweight travel system. I purchased the Fujifilm X-T10, XF18-55mmF2.8-4, XF55-200mmF3.5-4.8 and rented the XF10-24mmF4 for a personal trip to Japan in late 2016.

On my last few days in Japan, I purchased the Fujifilm X-T2. This was when I seriously considered the Fujifilm system for everyday professional use. I have been slowly but surely building up my Fujifilm inventory of equipment and introducing it to my professional work as my Nikon gear slowly phased out.

One of my first efforts exploring the Fujifilm X-T10 before Japan. Looking back at Cairns (Australia) over Trinity Inlet.

Do you have a favourite photo you have captured using Fujifilm equipment? Can you tell us the story behind the image?

I tend to walk a lot when I travel, I have always been a bit of a wanderer, (I think it’s a great way to get to know the places you visit). I had planned to walk to Hida Folk Village in Takayama in the morning which is located about 5 kilometres from the town. Well, as plans go, sometimes things don’t go as expected. I had been out quite late doing some night photography and ended up sleeping in. After getting organised, I walked outside to the most amazing mist or fog that had enveloped Takayama. I grabbed the nearest taxi and high-tailed it! It turned out to be great timing; I had still arrived early enough that the crowds were minimal and I had about twenty minutes of the mist rolling down off and surrounding the hills before the sun rose enough and the magic evaporated.

This is just one of many shots taken that morning in great haste! It may not be the most technically proficient photo, but I still smile when I think of that time in Takayama. Hopefully, I captured something of what it was like.

We noticed you enjoy night photography, what sort of settings do you mainly use when photographing with your Fujifilm X-T2?

Night photography is something I very much enjoy. I consider myself a generalist at this stage in my photography career, but if I had to choose something I would prefer to do it would be out exploring in the dark with a camera.

I have always gravitated to night photography. Partly that’s just who I am, I am quite happy alone and exploring, and partly the technical challenge of finding light when there appears to be none. I have always been fascinated by the fact that mundane places can be very different, even spectacular when viewed through the filter of the darkness.

I found both the Fujifilm X-T10 and X-T2 easily the best cameras I have used for their ease of night photography. The Electronic View Finder has changed the way I shoot at night. I can compose in almost complete darkness and not have to take several high ISO shots to check my composition. This has most definitely kept my time spent ‘fiddling in the dark’ around to a minimum.

I think the main hurdle to becoming a full-time professional photographer for me is a somewhat complicated question! Firstly, the decision to become full-time must be examined.

I see advantages in not relying on photography as my main source of income. I have a reliable stream of income from my current employment and, I see the benefit in remaining a part-time photographer and reducing my hours spent in my ‘day job’.

By not constantly being under pressure to source income from my photography, I feel I have much more control and can be a bit pickier in what and when I shoot. I also feel this allows me more freedom to explore my interests in photography and allows me to be more creative. I have learnt that this journey as a photographer is somewhat out of my control at this time. I am happy and willing to some extent to let the fortunes of fate decide what is in store for my photographic career.

Just a short time ago I would never have dreamed of an opportunity like appearing in this series by Fujifilm, and am more curious than ever to see where and what I end up doing in photography be that in a full or part-time capacity.

Recently you travelled to Japan with the Fujifilm X-T10 and three XF lenses. How did you find the Fujifilm X Series system when travelling?

The catalyst for looking at the Fujifilm system for me was largely an issue of weight. I had travelled to Europe in 2015, and like many photographers who travel, I suspect I tend to travel with a bit too much gear in fear of losing “the shot”!

I started looking at compact systems for travel but I also definitely did not want to sacrifice image quality and capability. This is how I ended up researching the Fujifilm cameras initially. I was going to Japan in November of 2016 for a solo photography trip and decided on the Fujifilm X-T10, XF18-55mmF2.8-4, XF55-200mmF3.5-4.8 and I rented the XF10-24mmF4. I weighed my gear that I took to Europe and Japan recently to compare the weight savings of now using Fujifilm. The Fujifilm gear I now travel with is about half that of my other equipment! So, safe to say that part of my requirements was achieved – absolutely!

As I do enjoy night photography, safety is always a concern as well. Although this is not really an issue in Japan, the smaller less obtrusive gear does allow me somewhat to be less conspicuous and not necessarily look like I am carrying lots of expensive camera gear around.

Overall, I have found I am much more likely to nearly always have a camera on me now, and the Fujifilm X-T2 is just such a pleasure to use. I found no drawbacks with the Fujifilm system when it comes to travelling, and am looking forward to returning to Japan with my Fujifilm X-T2 in December.

While you were in Japan, you purchased the Fujifilm X-T2. Tell us in a few sentences what you are most excited about exploring on this camera?

The Fujifilm X-T2 was a turning point for me. This camera made me realise the potential of the Fujifilm cameras to be used professionally and was largely responsible for me to start switching to Fujifilm full time and not just as a travel camera.

The latest features to be introduced via the recent firmware update that were of most interest to me were the ability to change ISO on the front dial, longer exposure times when in bulb mode and smaller focus points available. I have also been making use of the voice memo function to make a few notes on location while shooting. I am slowly starting to explore video as well so I will be spending a fair amount of time exploring the Fujifilm X-T2’s video capabilities in the coming months.

When photographing in your hometown of Cairns, Australia how do you find people react to you using Fujifilm equipment? Do you notice any differences from changing over from a Digital SLR?

There is something special about the look of the cameras. They are a very tactile camera, and you just want to touch them! Then there are the “photographers” who can’t possibly even begin to understand that it’s not a Nikon or Canon, and will explain at length why brand x is better. I usually am happy to explain the benefits of the Fujifilm as I see them. I am more and more happy just to nod and smile and let the results speak for themselves!

The main differences I have noticed is obviously the reduction in weight. Also, I just want to use the camera more. I sometimes just pick the camera up so I can enjoy holding it…the X factor perhaps.

My advice for someone starting out in photography would be to really learn the basic stuff like composition, colour, exposure, etc. Once you have the basics really sorted, you will be able to make the creative ideas you have in your head.

Vision and creativity are of course important, but if you don’t understand how to make it happen, it’s not of much use. I think being good at one will often make you better at the other. Secondly, don’t try and force a particular style. Your own style will develop naturally over time. Don’t follow the latest trends just because something may be popular right now. Develop YOUR photography style.

Don’t think the journey ends, never stop learning. Study other photographers, try new techniques and explore your ideas. Remember you will fail, learn from your failures. Lastly, always remember you make your images not the latest gadget!