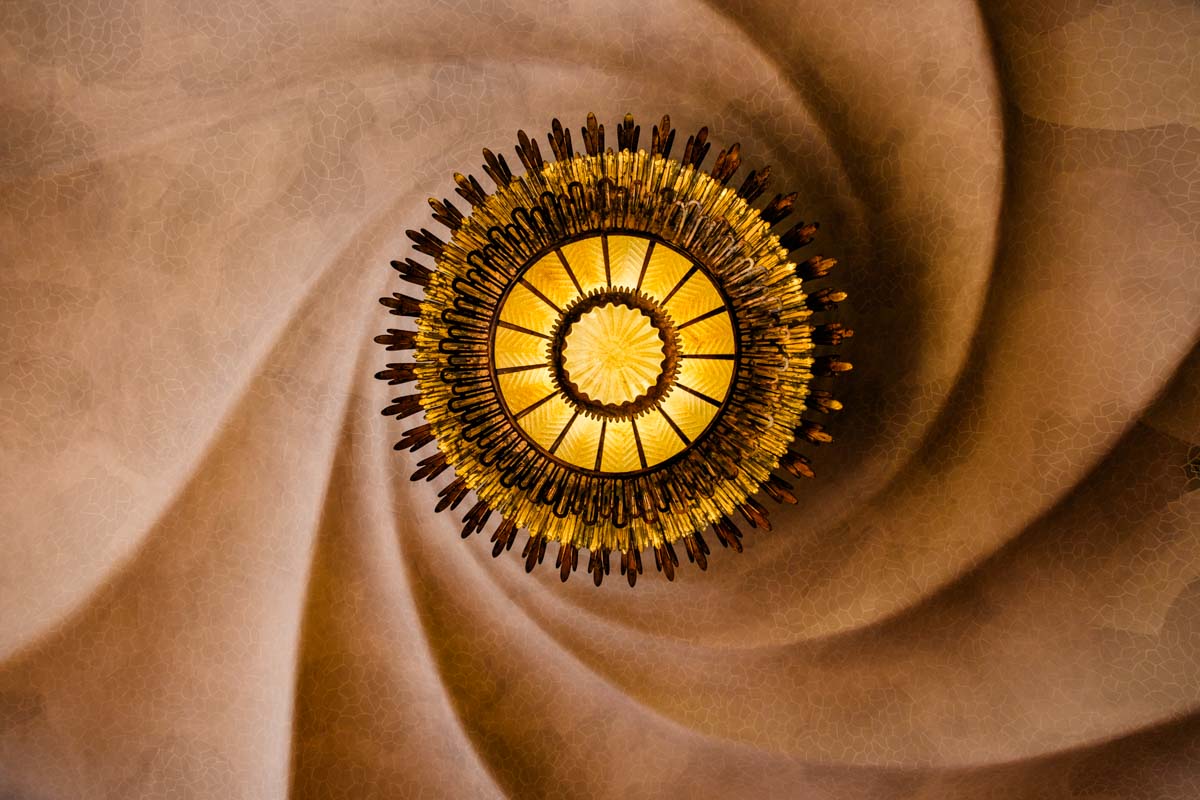 Through a photographer’s eye is the first in a series of interviews featuring Australian photographers. In each interview, we learn about the person behind the camera and how they use Fujifilm X Series cameras to photograph the world around them. Our eighth interview is with Sydney based photographer, Harmeet Gabha.

Harmeet, can you tell us about how you got into photography and why you pursue it?

I got into photography in 2005 when a colleague handed me his DSLR to take some pictures at a work cruise. The sun was setting and the Sydney Harbour Bridge was in the backdrop. I took the picture and he showed me the image on the LCD. As soon as I saw that, a spark lit up in my mind and I was hooked. I wanted to capture my own images like that. Later that year I saved up and bought my first Digital Camera a Fujifilm FinePix S5000, a 6 Megapixel camera.

I started taking pictures of friends and family during my travels. The more I photographed the more I realised that the world around me is changing so rapidly. Without images, we have no documented history of our lives. Now as a father, I have so many images of my daughter that when I look back at her early years as an infant, many beautiful memories keep flooding back. The joy and the memories that photography preserves are priceless.

Being able to freeze time with your camera is what keeps me excited about pursuing my passion.

The advancement in the photography field is just astonishing and, at the same time, I see people being scared and feeling lost when they buy their first camera. I enjoy helping others when they need help and sharing what I have learned throughout my journey. I get a sense of fulfilment when I see that by helping someone I have helped them get to their next level in their own journey. All this keeps me going.

After viewing your blog and vlog we see you travel quite a bit, what Fujifilm equipment do you take with you on these trips and why?

I’m using an X-T1 and XF18-135mmF3.5-5.6 lens as my primary combo for travel. The camera is absolutely fantastic and the lens is versatile for a lot of shooting situations. I can use it for wide-angle photos through to the telephoto range without having to swap the lens. I can just throw the camera over my shoulder and I go out and shoot. Also being weather resistant I don’t have to worry about the occasional shower.

I also carry in my bag a XF23mmF1.4 which is an awesome prime lens and works beautifully indoors in low light conditions. Coupled with the X-T1 it has such brilliant performance at high ISOs, I can easily push the camera to ISO 3200 and shoot handheld. After dragging 10kg+ backpacks through airports loaded with DSLRs, batteries & lens and a hernia operation something had to change! The X-T1 was the perfect solution and a welcome change on my back.

Can you provide some insight into how you best process a RAW image taken by a Fujifilm X-T1? What software do you use and are there any settings you set on the camera for optimal colour?

I use Adobe Photoshop Lightroom for processing my RAW files from the X-T1. Lightroom has an easy to use interface that lets me create the final image I want. I always apply the desired camera profile like Vivid or Pro Neg. Hi to my images in Lightroom before proceeding with my edit.

I have tried using Capture One Pro, which a lot of X Series shooters use but it’s too clunky and complex to learn. I have tried using it several times but the User Interface (UI) just puts me off. Additionally, to Lightroom, I use software such as Luminar, Aurora HDR 2017, Photoshop, Google Nik Collection and currently testing On1 Photo Raw.

While shooting in Camera, I mostly shoot RAW+JPEG and I set Velvia as the Film Simulation for the JPEG. I find that the jpegs straight out of the camera are also great for sharing on social media using the WiFi feature of the camera. It’s so convenient and easy! I also enjoy editing RAW images directly on the Fujifilm X-T1.

For HDR (High Dynamic Range) photos, I just turn one mode dial and I am ready to shoot bracketed images. I will import the images for initial adjustments in Lightroom, followed by Aurora HDR 2017, which processes the 3 images to create the final HDR image.

So depending what I want to create, I use different tools for processing my RAW images. However, I’d say the majority of them just require Lightroom edits and I’m done.

How did you find the transition from your previous camera to Fujifilm mirrorless?

As I mentioned earlier, my back thanks me for making the change, however, the transition from Canon DSLRs was a very pleasant surprise. I quickly adapted to the X Series system. All the major controls for image capture are at your fingertips. With the dials and buttons, it makes it easy to setup for any scene. I suppose, what I like about it most is in order to shoot you don’t have to dig into the menus or press multiple buttons to take a photo.

The Fujifilm X-Trans sensor is brilliant; there is so much detail in the shadows that you can pull out from the RAW file. And I don’t mean just light shadows; I mean really dark almost black areas in the image can be lighted up via RAW processing. Best thing is the image quality is quite clean and noise free. On my previous camera that was not the case, shadows could not be pushed as much as the X-T1 and if you did noise would appear. However, I have to say the X-T1 doesn’t recover highlights as well as my previous camera. So I tend to underexpose my image when I have some bright spots in the image, by doing this I can be confident that shadows can be recovered easily.

Don’t be scared, just do it (as the Nike ad says). There are so many free resources available online that you will be able to learn and pick up any area of photography very quickly and easily. Google is your best friend; just type in what you are looking for and you’ll find the answer within minutes.

I’m also focusing more on my blog (photoinsomnia.com), by creating content for people just starting out in photography. It’s a resource where they can learn some techniques quickly that will make them more confident and inspired.

What sort of misconceptions do you hear (in conversation or online) when talking about mirrorless?

I’ve heard two main misconceptions; People think that mirrorless cameras won’t produce as good quality images as a DSLR but the fact is that my X-T1 produces much better images than many DSLRs. In my opinion, on Fujifilm cameras, the colours are richer and real. The sharpness of the images is amazing even at a very shallow depth of field e.g. F1.2 or F1.4.

The second one misconception is that the ‘battery life on mirrorless is crap’. I agree that battery life is not as long as DSLR. I get 350-400 images on full charge whereas on a DSLR you can expect 600-700 images. But people forget battery capacity is proportional to its physical size. Smaller camera, smaller battery.

I’ve even taken 600+ images out of one charge with the X-T1 when shooting a Time Lapse sequence, probably because the LCD wasn’t being used and the camera was just firing off images for 30-40mins.

Also, I’d like to point out the benefit of the Electronic View Finder compared to an optical one – “what you see is what you will get”. By having one on the X-T1 you tend to shoot less wasteful frames, you only capture exactly what you want. In a DSLR you will have more throwaway shots, as the mirror will show you one thing while your result might be totally different if you get your settings wrong. But with the X-T1, what you see is what you get, so the shutter is only pressed when you are happy with your settings and what you are seeing through the camera.

Being a Fujifilm X-T1 user, where you excited to see the X-T2 arrive and do you think it met your expectations in a newer model?

Indeed, it was exciting to see the brand new camera packed with features and improvements released in the X-T2. I attended its launch event in Sydney and had an exclusive opportunity to try out the camera before it hit the market.

It was great to see that Fujifilm was listening to its market and incorporated the feedback to improve the next camera. On the X-T2 dials, it now has a locking mechanism, the camera has a new focus lever, tripod thread position and exposure compensation making an overall improvement to the useability.

They improved the video capabilities of the camera to 4K so people wanting to film can be confident in capturing video. The one thing that still disappoints me is that Fujifilm doesn’t believe much in bracketing features as still you can only bracket -1 & +1 exposures and no more. I would love to see one of the firmware updates to just extend this range.

Answer this: If you could have your dream Fujifilm kit, what would it consist of?

My dream gear would be an X-T2 with an XF18-135mm lens and an X-Pro2 with an XF23mmF1.4 lens. But for the moment I’m very happy with what I’m using. The camera delivers the results for what I do and is rock solid.

Through a Photographer’s Eye: Anirban Chatterjee