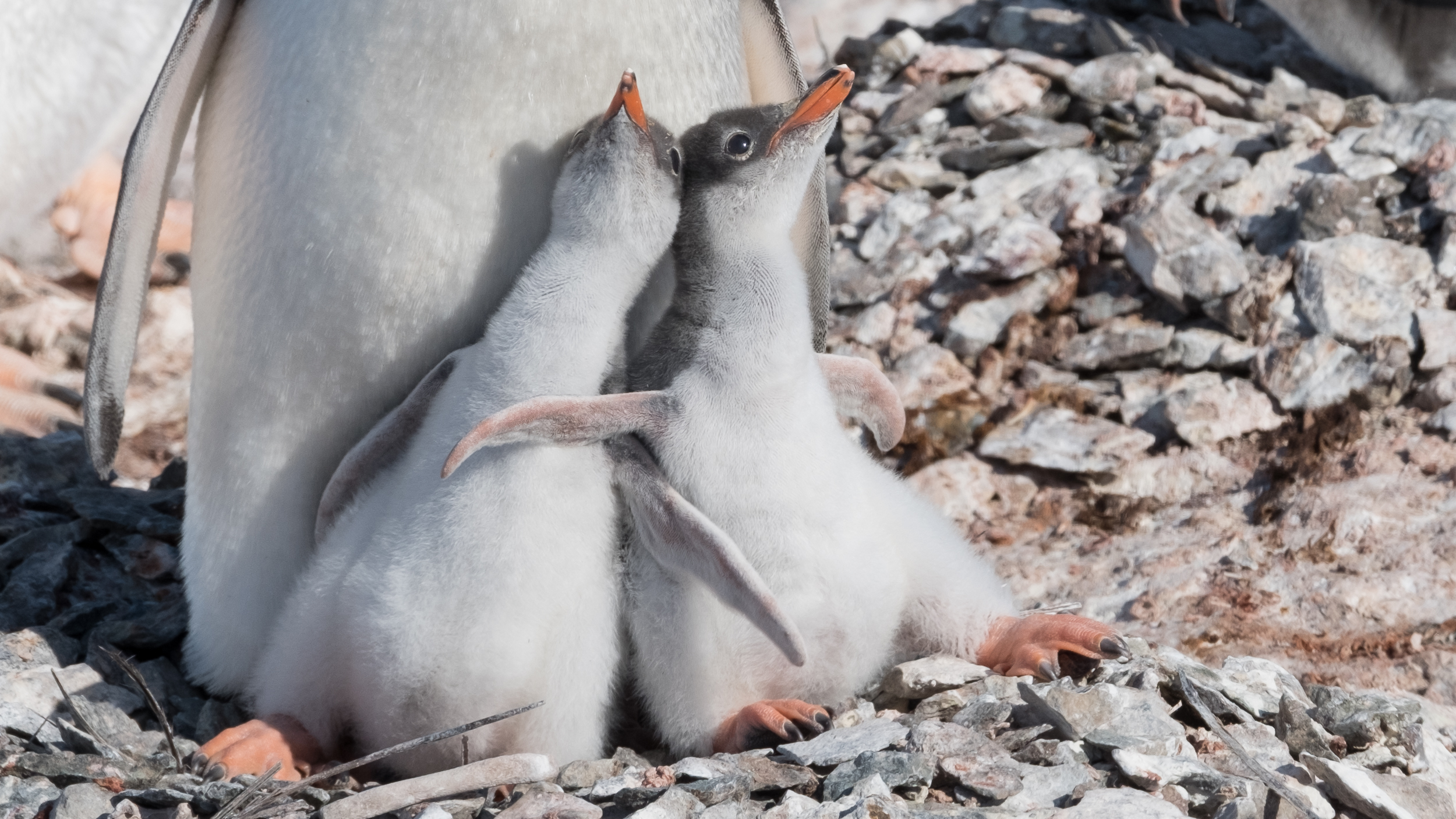 Tell us about yourself and what got you into photography

Photography has been part of my life for as long as I can remember. I still have packets full of black and white negatives taken on 127 roll film with an old Brownie box camera – memories of family holidays and school trips from way back when. At the University of Edinburgh my interest in photography developed when I used still images and Super 8 film to back up field research on the feeding behavior of Ringed Plover, the subject of my Zoology Honours Degree dissertation. Having completed a second degree, my scientific “career” took a series of slightly disjointed steps through various biological research jobs, mainly ones with a wildlife theme. My interest in photography matured during this time until eventually I decided to switch careers from biologist to wildlife photographer.

Luckily, this decision coincided with my return from an 18-month posting with the British Antarctic Survey to the remote island of South Georgia in the South Atlantic Ocean where, alongside the research that I had been carrying out, I had gathered a very comprehensive collection of images of sub-Antarctic wildlife. These images gave me the opportunity to write a series of magazine features which were syndicated globally. This kick-started a photographic journey which has taken me all over the world during the last 35 years.

Highlights include two 4-month expeditions to the Himalayas in winter, 9 months on a small yacht in Antarctica, work on three major BBC series (Life in the Freezer, Planet Earth and Blue Planet), a 4-month contract working for National Geographic in Antarctica, being awarded a Royal Photographic Society Honorary Fellowship and winning the Wildlife Photographer of the Year competition.

What was it that drew you into the Fujifilm system?

Over the last 50+ years, I have used many camera systems and formats (including Brownie, Voigtlander, Exa, Minolta, Ricoh, Yashica, Minox, Bronica, Mamiya, Fuji 645, 6×7, 6×9 and 6×17, Sony, Panasonic, GoPro, Nikon and Canon). If this gives the impression that I can’t make up my mind what cameras I like then that wouldn’t be entirely fair. It means that I always try to find the best camera set-up for the current creative challenge. It also means that, although I am not a professional camera reviewer, when I pick up a camera I have a reasonable feel for the features that I want, need and like.

When I first laid hands on a FUJIFILM X-T2 it felt like someone had combined all the good bits of all the cameras I have ever owned and created a small miracle. Beautifully engineered, clearly designed for photographers, weather-sealed,lightning fast autofocus, great image quality, stunning video, lockable dials on the top-plate, excellent screen, class-leading viewfinder and plenty more. Having a Y chromosome, I am obviously incapable of reading an instruction manual but this wasn’t a problem – the controls seemed intuitive and the menus reasonably obvious. I received the camera 24 hours before departing for Antarctica and, after a very brief familiarization, I decided that it would be my main camera for this important shoot. It was a leap of faith but one that proved to be totally justified.

How did the X series system cope in the harsh environment?

Antarctica is one of the most beautiful and photogenic places on earth. I’ve spent many years there and every time I head “South” it is with a wonderful sense of anticipation. For the last three years I have been working with Polar Latitudes on their vessel MV Hebridean Sky, an expedition ship that cruises the southern oceans with groups of passengers keen to experience one of the least visited places on earth.

My camera equipment has to deal with tough conditions. The expeditions start with two days crossing the roughest ocean in the world. During this sea crossing I am normally to be found on the stern deck, braced against the railings while trying to photograph the plethora of seabirds which follow the ship. The larger albatrosses fly in a predictable pattern but are travelling at 70 mph. Smaller seabirds fly more slowly but are less predictable. All are set against the backdrop of 3-5 m waves (on a calm day) and the ship itself is lurching up and down. Salt spray infuses the air and temperatures drop to below zero before you take account of wind chill. The X-T2 with the 100-400mm lens took all this in its stride. It is weather-sealed; the focusing system gave me a respectable hit rate for both large and small moving targets and high ISO delivered excellent image quality when required (in low light or when the movement became extreme).

Although the Southern Ocean is wild and wonderful, there is always a sense of relief when you get to dry land – especially when the land is so spectacular. First stop was the Falkland Islands where we visited Westpoint and Saunders Island. After a leg-stretching walk across the island, Westpoint provided excellent views of black-browed albatrosses and rockhopper penguins at their nests. By mid-January the chicks are large and hungry so we witnessed a constant procession of adults returning from the sea to feed their young. On the edge of the colony, non-breeding adults sat preening each other.

Bright sunshine is so unusual in the Falklands that we were enchanted by the warm weather. But the downside was harsh shadows on the birds which, being mainly black and white, already have significant contrast in their plumage before you factor in the shadows. The excellent dynamic range of the X-T2 meant that dark shadows could be delicately lightened to reduce contrast and deliver a natural look to this tricky lighting. The 100-400mm lens gave me a good reach and the image stabilizing allowed me to shoot without a tripod which was extremely useful in the difficult terrain.

An afternoon visit to Saunders Island proved to be even more dramatic. We landed on a beach crowded with Gentoo Penguins and then walked over to a second beach with thousands of Magellanic Penguins scattered all over it. Penguin heaven! Photographer heaven! I lay on the beach and just let the birds wander past – in fact, lying down proved to be a good strategy, not only because it gave a better point of view for photography but the birds were curious and came to investigate, giving me lovely low-angle close-up views.

Another two days at sea brought us to South Georgia. I have spent over two years on this island and it is one of the most extraordinary wilderness areas on the planet. With mountains rising to nearly 3000 m, colonies of up to 100,000 King Penguins and beaches swarming with fur and Elephant Seals it takes a bit of time to appreciate the sheer scale of the place. For a photographer, this island is paradise. You don’t need to walk far to find wonderful images. In fact, as is so often the case with wildlife photography, if you just stay in one place the images will come to you. I spent ages sitting on the beach, watching a seemingly endless procession of King Penguins marching past, each of them as spectacular as the last. Mixing wide and telephoto zooms, I could experiment with tight shots, wide angles, groups and action as the birds emerged from the nearby surf.

Finally, we headed for Antarctica. However many times you visit, it always feels like arriving on another planet. The Antarctic Peninsula is a spectacular region of mountains, bays, islands and straits. On calm days, glistening icebergs drift slowly across the water as the blows of distant whales catch beams of sunlight. But it can also blow 50 knots in a snowstorm. The right clothing, attitude and camera equipment are all pre-requisites to getting the most from the experience. From icy landscapes to close-ups of penguin chicks, there is always something to record. And not only in stills; video brings the place alive, especially when you try to describe it back home, so the video capability of the X-T2 was a major bonus. I didn’t have time to play with all the options but was delighted with the quality of footage which this camera delivered and am already planning to use it on a wildlife filming project.

Although I am primarily a wildlife and landscape photographer, my role on these journeys is to photograph all aspects of the trip which includes some indoor subjects. This is not my forte but it didn’t faze the X-T2 which is capable of delivering excellent images with great dynamic range in tricky lighting situations. Although I always shoot RAW, I generally shoot a reference JPEG as well. The JPEGs straight out of the camera were remarkable with good skin tones and great image quality from the wider zooms.

Do you have any tips for our readers for shooting this type of wildlife?

Although the camera has an intuitive feel and the controls are accessible and visible, I would thoroughly recommend delving into the instructions to learn some of the finer points of how this camera works. There are many opportunities to refine the ways in which the X-T2 operates and delivers images. In particular, it is worth finding your way around the autofocus menus, experimenting with the various settings and working out what suits different subjects. It takes a bit of time (a luxury which I didn’t have in Antarctica) but is well worth the effort.

The 100-400mm lens is spectacular and is a must-have item for wildlife photography with excellent image stabilization, a useful zoom range and critical sharpness at full aperture.

I’d also recommend using the vertical grip which holds two additional batteries and gives the burst rate and focusing speed a significant boost. An added advantage is that it balances the kit when using long lenses and the extra battery power allows you to carry on operating for longer in cold conditions. I’d suggest that this is an essential accessory for wildlife photography with the X-T2.

Most wildlife photographers work out of doors in all conditions and environments. As a precaution, it makes sense to use the “WR” lenses as they keep out whatever the weather throws at them. They are also pretty good at fending off penguin poop!

Final thoughts – having hired/borrowed a FUJIFILM X-T2 and a selection of lenses for the trip to Antarctica, I have now bought one. It is a joy to use and has given me a new incentive to get out and explore new subjects.

To see more of Ben’s work:
Ben Osborne Photography or his Facebook page