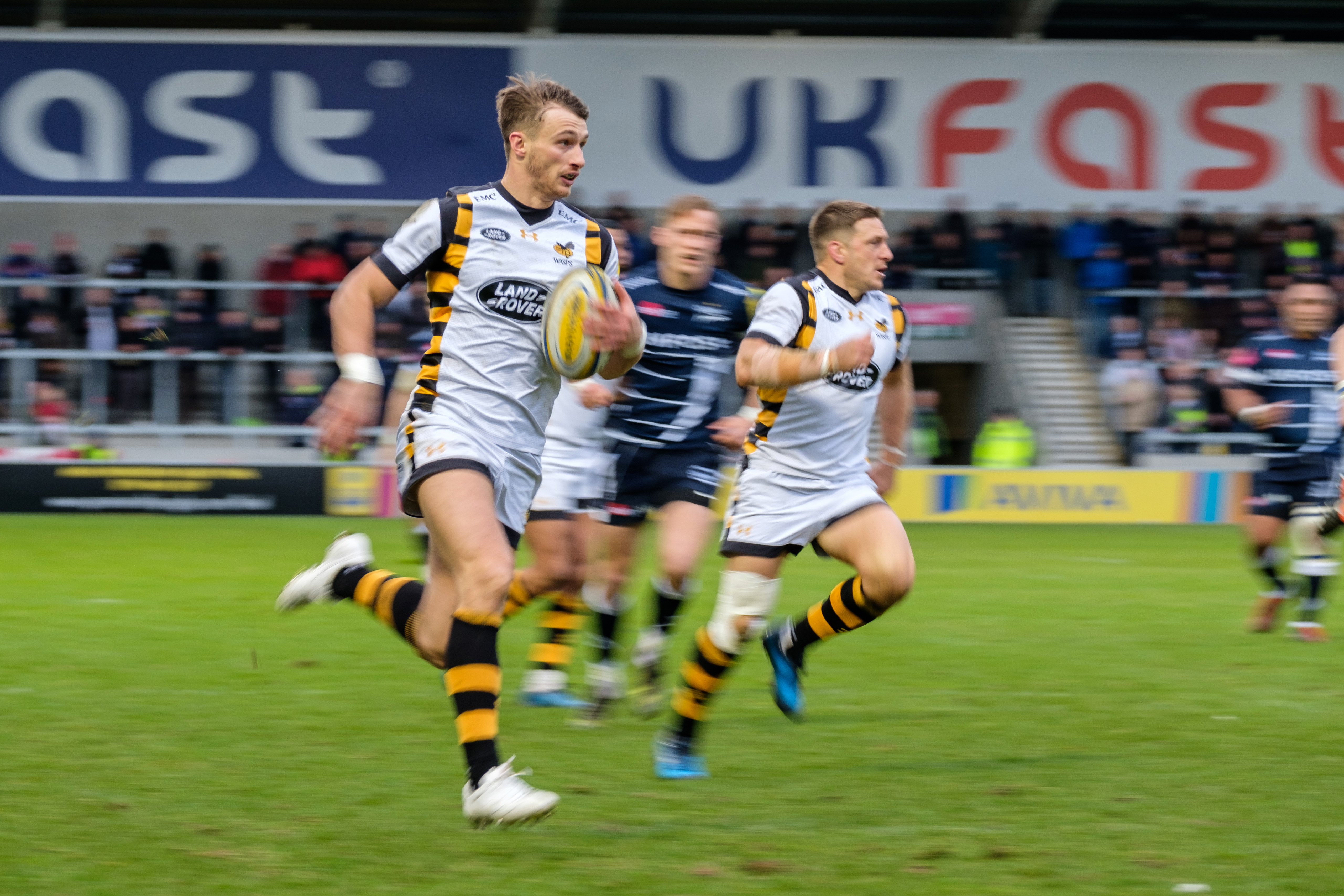 In a series of articles X-Photographer Jeff Carter will be shooting at sports events in the UK and showing how to capture great images with the Fujifilm X Series without the need for a media pass.

With the 2017 RBS Six Nations Tournament in full swing, rugby union is once again in the spotlight in the national press and on prime time TV. Five weekends of top class sport between England, France, Ireland, Italy, Scotland and Wales is a photographers dream but capturing great rugby images at an international match without a media pass is not really possible.

However there is a way to get great pictures with your Fujifilm X Series camera as a spectator and that is by attending matches at local and national level. Rugby is played all around the country and at all levels.  From local club rugby to the Aviva Premiership, there are plenty of opportunities to shoot some great action images.

I attended the Scottish Rugby BT East Region League 1 fixture between North Berwick and Ross High. The match was played at North Berwick’s home ground in East Lothian, which is part of the local recreational park in the town, so there are no grandstands.

The advantage for the photographer is there are no restrictions, you are free to move about to choose your vantage point and there are no tickets to pay for. The downside is the crowd is very small and the backgrounds can be distracting.  So you have to choose your position carefully but at least you will have plenty of options.

Some local clubs do have small stadiums, which means you will probably have to buy a ticket but with a crowd the backgrounds are usually better.

The second game I attended was the Aviva Premiership match between Sale Sharks and Wasps. This was a high profile encounter with premiership leaders Wasps travelling to Manchester, with the match televised on BT Sport. After a bruising 80-minutes Sale triumphed 34-28 to the delight of the home crowd.

Tickets start from £20 for entry to the end stands and these give a good vantage point.  Sale do have standing areas in the AJ Bell stadium but most grounds at this level of the sport are all seater, so as a spectator you will be limited to one position during the match.

Not all stadiums allow photography using, what they class as, professional level cameras. This usually means any camera with interchangeable lenses, so it is advisable to check with the club before travelling to the match with your camera.

My first piece of advice is get to know your sport. If you can anticipate how the action is unfolding in front of you your images will improve tenfold.  If you haven’t watched a game of rugby before try to watch a couple of matches on TV before you travel to the match. It is a fast moving, action packed game and the ball moves around very quickly.

Try to choose a camera position with a clean background.  The backgrounds at local clubs can be challenging, with parked cars and brightly coloured playground equipment just some of the issues that can be faced. If you are shooting in a stadium, try to avoid empty seats.

For a different perspective don’t forget to focus on the grit and determination of individual players, zoom in on the ball in the scrum or the ruck and also don’t forget about your fellow spectators, at the big games there are plenty of colourful outfits to photograph.

It is amazing how quickly an 80-minute game of rugby passes so keep watching and shooting. Get plenty of practice! Shoot some images, learn from your mistakes and shoot some more. It is true what they say, practice really does makes perfect when it comes to sports photography.

When shooting at club level rugby, you need to be aware of your surroundings.

I have been using the FUJIFILM X-T2 since it was launched in 2016 for all my sports photography, but I also use an X-Pro2 as well.  The XF100-400mm f4.5/5.6 is my lens of choice as the long focal length and the ability to zoom to frame the shot works extremely well.

To freeze the action you will need a shutter speed of 1/800 to 1/1000 second. This means in challenging lighting conditions you will need to push the ISO.  Shooting in a stadium environment under floodlights using the XF100-400mm wide open at f5.6 I am usually shooting at 3200 ISO to maintain an action freezing shutter speed. With the XF50-140mm f2.8 with the 1.4x converter fitted I am able to drop the ISO down to 1600 due the f4 constant aperture.

However I also try to convey some movement in my images and for this I drop the shutter speed down to 1/125 or even 1/60 second.  This means the ISO can be lowered to 200 to 400 when the aperture is wide open.  Using a slow shutter speed means your hit rate will drop dramatically as players move erratically and the ball gets passed around.  Try to follow a player running with the ball through a group, and if you capture the moment the effects are quite dramatic.

To select the shutter speed I have the dial set to T and I adjust using the rear command dial. The lighting from stadium floodlights is not even and the light in the corners can be 1/2 stop darker than in the centre of the field, so I can adjust the shutter speed accordingly without having to take my eye away from the viewfinder.

The shutter and ISO dials are locked as it is too easy to knock the dials when walking around or quickly swapping cameras.

The X-T2 is an excellent sports camera and the autofocus can follow the action with ease. However sports photography is challenging for any advanced AF system, not just Fujifilm.

The auto focus on the X-T2 would sometimes lose the focus lock when the target player with the ball disappeared behind other players for more than a couple of seconds, but the AF was quick to pick up the action again. Using the X-T2’s AF custom settings in the menu to ‘Ignore Obstacles’ really helps to minimise this issue.

The following camera settings were used on the X-T2:

The national governing bodies have websites that give information on clubs at all levels of rugby, including fixtures and results