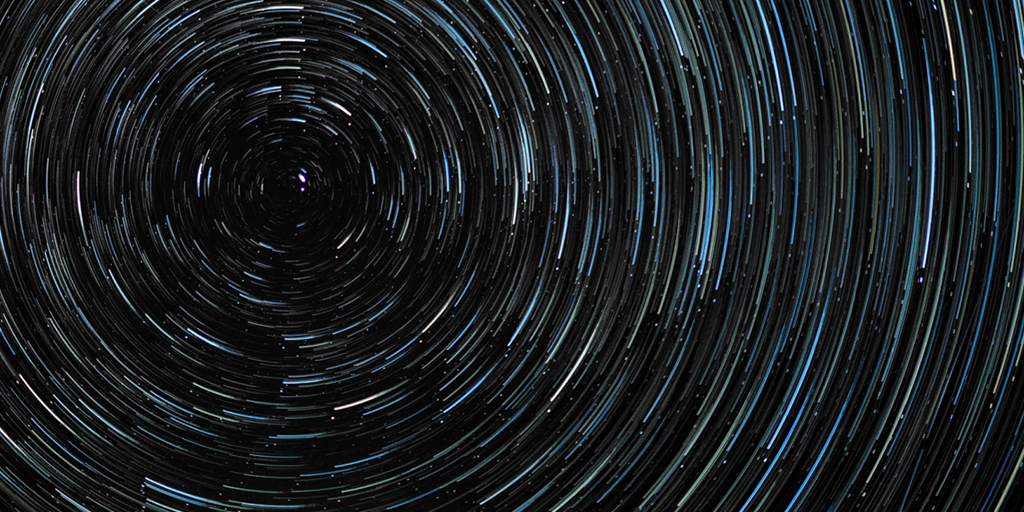 There’s something very special about taking photographs at night. Aside from the challenges of working in low light, successful images reveal things that our eyes don’t ordinarily see; the result of working with lengthy exposures that can run into seconds and often minutes. For me, the ultimate example of this is a star trail, which is why you’ll often find see me heading out when darkness falls.

Before you shoot a star trail, you need to do some groundwork. First, check the weather forecast – you need a clear night with a cloud-free sky. Ideally, you should choose a location that’s away from a town or city to avoid light pollution from affecting your image. And, because clear nights can often be cold, make sure you wrap up warm; you’re going to be out for a few hours.

Equipment-wise, an X Series body with a full-charged battery and wide-angle lens is the best option – ideally this should be a prime as you’ll be using a wide aperture around F1.4 or F2. You can use a zoom, but it could mean you’ll be out for even longer. If your camera features an intervalometer function, so much the better, otherwise you’ll also need a remote release. On top of this, a solid tripod is a must along with a torch (I’m using a LumeCube) and a spare battery can be useful, too.

Once you’re on location, and assuming you’re working in the northern hemisphere, the first job is to locate Polaris, the Pole Star, which will sit at the centre of your star trail circle. It’s typically the brightest star in the sky, but if you want to be 100% sure you’ve got the right one, locate The Plough and then trace a line up from the two stars on the right hand side of the Plough’s ‘blade’ until you find the bright Polaris.

Break out your X Series camera and compose the shot with Polaris in the frame to give a point that will barely move as you shoot your star trail. Set an ISO of 200, an exposure of 30 seconds, a wide aperture of between F1.4 and F2 and manually focus on infinity. Take a test shot and you should end up with something like this:

If it’s a little light, try a shorter shutter speed, if it’s a little dark, either widen the aperture (if you can) or increase the ISO. Once you’re happy with your base exposure you can start to shoot your trail, which isn’t one long exposure, it’s made up of multiple 30 second images. Some star trailers like to shoot in Raw, but I’ve never had any problems with straight JPEGs.

Once the sequence has started, you simply have to wait while the earth rotates and the camera keeps taking shots. Avoiding touching the camera if at all possible, but keep checking to make sure it’s taking the shots and that the battery hasn’t run out. If the battery does go, you’ll need to change it quickly and set the controls again, but avoid moving the camera – no easy feat. How long you shoot for will depend on how long battery power, and your patience, last. I’d suggest you need at least 120 30-second images to make a decent trail, which is an hour of standing around, but the longer you stay out, the more impressive your trail will be. When you’ve had enough, pack up and head home – there’s work to be done on your computer.

There are various free software packages that will help you to stitch your star trail together, but my favourite is StarStaX. Install the software and then import all your images into StarStaX by simply dragging and dropping them into the panel, or choosing File>Open Images. Then it’s simply a case of click on the Start Processing icon or selecting Edit>Start Processing.

Now sit back and let the magic happen – if you used to process your own prints in a darkroom, this is the closest thing to seeing the image appear in the developer. The software will build up your star trail image, which will slowly appear in front of your eyes!

Once your trail is complete – save the file (File>Save As) and then import it into Photoshop to make your final crops and tweaks as you see fit. Here’s what I end up with after my night with the stars…