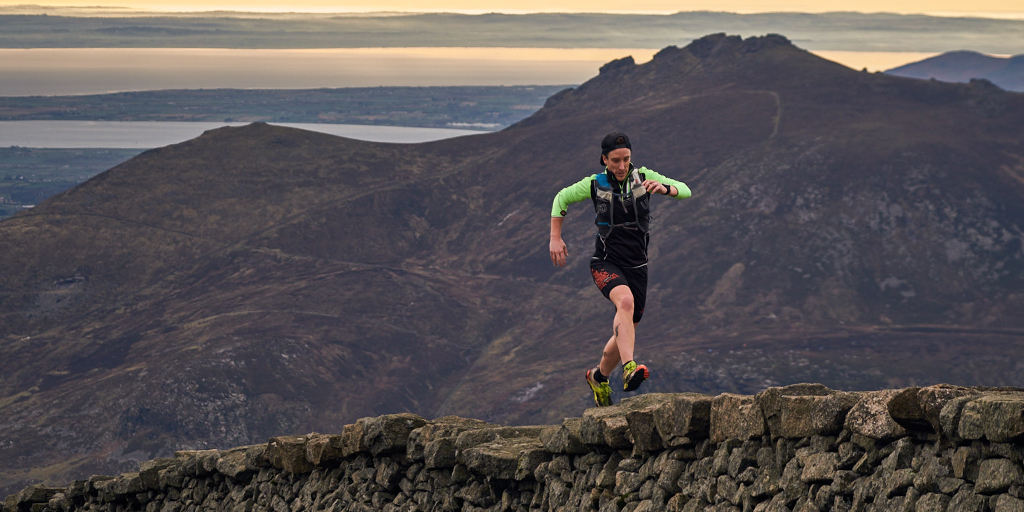 “Never go into a shoot with kit you don’t know inside out: it’s a recipe for disaster”. My ancient photography tutor’s voice from way back rang clear as our flight circled Belfast, descending through the mist to land. The only two people onboard choosing to wear shorts and running gear, on an early December Irish morning (it’s not known for warm winters…) wasn’t the only questionable decision that day: the X-Pro2 and lenses, wrapped in spare running socks & thermals between my feet, that had arrived by courier the afternoon before were completely alien to me.

Having never shot mirrorless (my only Fujifilm experience being an early S2 Pro back when DSLR’s were an eyebrow raiser) or from a digital display, I was really keen to see what all the fuss was about. Why change if it ain’t broken was my motto, in reference to DSLR/mirrorless. Don’t get me wrong, I love trying out new kit, pushing my boundaries and experimenting: I genuinely believe it’s the only way we grow as photographers. I just felt like this was possibly going to end badly.

It had begun as a harmless whatsapp chat with a good running friend – “Want to go for a run next Friday?” An hour later and things had escalated. Another person with a running problem had joined in, we were booked on a ludicrously cheap flight to Belfast with the goal of running up Northern Ireland’s highest mountain and down in time for the last flight home. I added further pressure to an already questionable idea by sharing the concept with the Editor of the UK’s biggest selling running title, Mens Running, who promptly commissioned me to write and shoot a 5 page feature about it.

3 years ago, another absolute howler of a decision saw me document (and run) a 250km race through the Sahara desert (see feature), which was hot. I trashed my digital compact on Day 1 (sand, surprisingly, the culprit) and was left with the Nikon SLR, 50mm f1.8 & 3 rolls of Fujifilm Sensia I’d taken on a whim. All perfectly reasonable were it not for the fact that you had to carry everything you needed, including food, to survive 6 days in the wilderness. So I knew a thing or two about combining running with photography, its complications, limitations and hazards. DSLR’s, as great as they are, are just heavy. When you start substituting the great (heavy) lenses for cheaper, lighter alternatives, you sacrifice quality and I always believed that editorial features were the place to show off your level of quality. Not to mention all that glass and fragile mirror systems jolting up and down and up and down. Not good.

There’s always one idiot who’ll go to great lengths to prove people wrong. This time I decided I didn’t want to be him, so when the lovely people of Fujifilm UK offered me a solution to my dilemma, I took it. Weighing in at nearly an entire kilogram LESS than my DSLR set-up for outdoors work, the X-Pro2, XF16-55mm F2.8 & XF50-140mm F2.8 were still heavier than you’d ideally prefer if you’re going to run 20 miles up and down mountains. But hey, when someone offers you something this shiny and new with so many confusing dials and menu systems, you just say yes. I say confusing: I consider myself reasonably well read, I hold a Private Pilot’s License & have been shooting professionally for 16 years now. If I can land a plane I can work out how to use a camera during the flight, I told myself. I duly fell asleep on take-off and woke coming into Belfast. Still, there’s always Auto mode I muttered as I prepped my kit on the drive to a rather big hill that morning.

Having decided to take a photographic career change 6 years ago and dedicate myself to capturing the essence of why it is we wear shiny shorts and run round and round for fun, I’ve come to learn a few basics about capturing it to a level that magazines and brands demand. One, you have to freeze the action. Motion blur is great, but I’ve yet to see an entire 6 page feature shot entirely with panning. The great problem all British photographers will sympathise with is that in Winter (and often our Summer..) our light can be so pathetic that you’re pushing the boundaries of what’s possible. I’ve always been hesitant to go above 640 ISO for print magazine work: it’s probably a throw back to old sensors but I like things crisp and clean. Running needs anything from 1/250 minimum for wide shots to 1/2000 for those close up, puddle splash shots etc. You simply cannot shoot everything at 2.8, which means something has to budge and in this case the X-Pro2 system’s High ISO capabilities were the deciding vote, even if I was a little skeptical as to the veracity of such claims. I placed my professional reputation in the hands of the X-Pro2’s Shutter Priority and Auto-ISO and headed up a very steep valley.

It really was a case of blind faith as we traversed some majestic, wild and barren landscapes, three tiny figures making our way amongst the Mourne Mountains. My companions were only too happy to stop, pose and re-enact hill climbs until they had begun to turn blue and my fingers took on that ‘useless appendage’ feeling they do in cold weather: we were at nearly 1,000m in Winter, again, in shorts (real men don’t wear tights because they look farcical, as Sean illustrates). The sky remained overcast but for a gorgeous sliver of orange/magenta light that stayed on the horizon the entire day.

There was no contrast on us to add mood nor flare to play around with, however when you’re in such a jaw-dropping location, with such compelling subject matter, you can get away with it. The X-Pro2, despite my initial reservations of shooting from a rear screen, seemed to blend with me and the environment. Using an indispensable Black Rapid strap, swapping the XF16-55 for the telephoto when we reached a summit or ridgeline, I found I wasn’t walking up the rear but bounding up and down the mountains. Once I’d found a way of nestling the body beneath rucksack straps I found I could pull it out, frame a shot and fire a burst within seconds then carry on. The size of the body compared to my usual D800 (w/battery pack) was liberating, the feel of the cool metal luxurious and reviewing was quick, although that little navigate button was fiddly to operate with cold, sausage fingers. Remarkably, it didn’t rain until we started to descend in the dark, but the weather-proof guarantee is something I’d gladly swap my system for alone.

The lenses were fast and the focus system I’d selected (I couldn’t tell you which one..) was impressive, considering the turgid light and moving subject matter. The buffer never limited me – I always use the fastest SD cards available – and on inspection it seemed to nail every frame. Sitting in the airport pub that evening, the 4hr flight delay gave me plenty of time to review images (I always run with a spare battery in a sandwich bag in a chest pocket in cold weather – works a treat). There’s often that feeling of slight uncertainty post-shoot, especially in flat light: did I nail it? Did I tell the story, did I come back with a killer cover shot? I had no doubt I’d got more than enough content during 8hrs on the trails and when I ran it through CaptureOne over the weekend I had a smirk on my face. I had to double check the ISO I’d been shooting at as there just wasn’t the noise I was used to, even when I pushed the shadow detail and added Clarity. Remarkable.

I think I’ve found my go to system for shooting sports and subjects where I need to be keeping up with overly energetic people. And that’s what separates you, sets you apart from other photographers in my head: the ability to put yourself in situations and places others can’t or won’t go, to come back with images that make you feel like you were there.

The X-Pro2 enabled me to go that bit faster, further for longer. Can I have it back please?