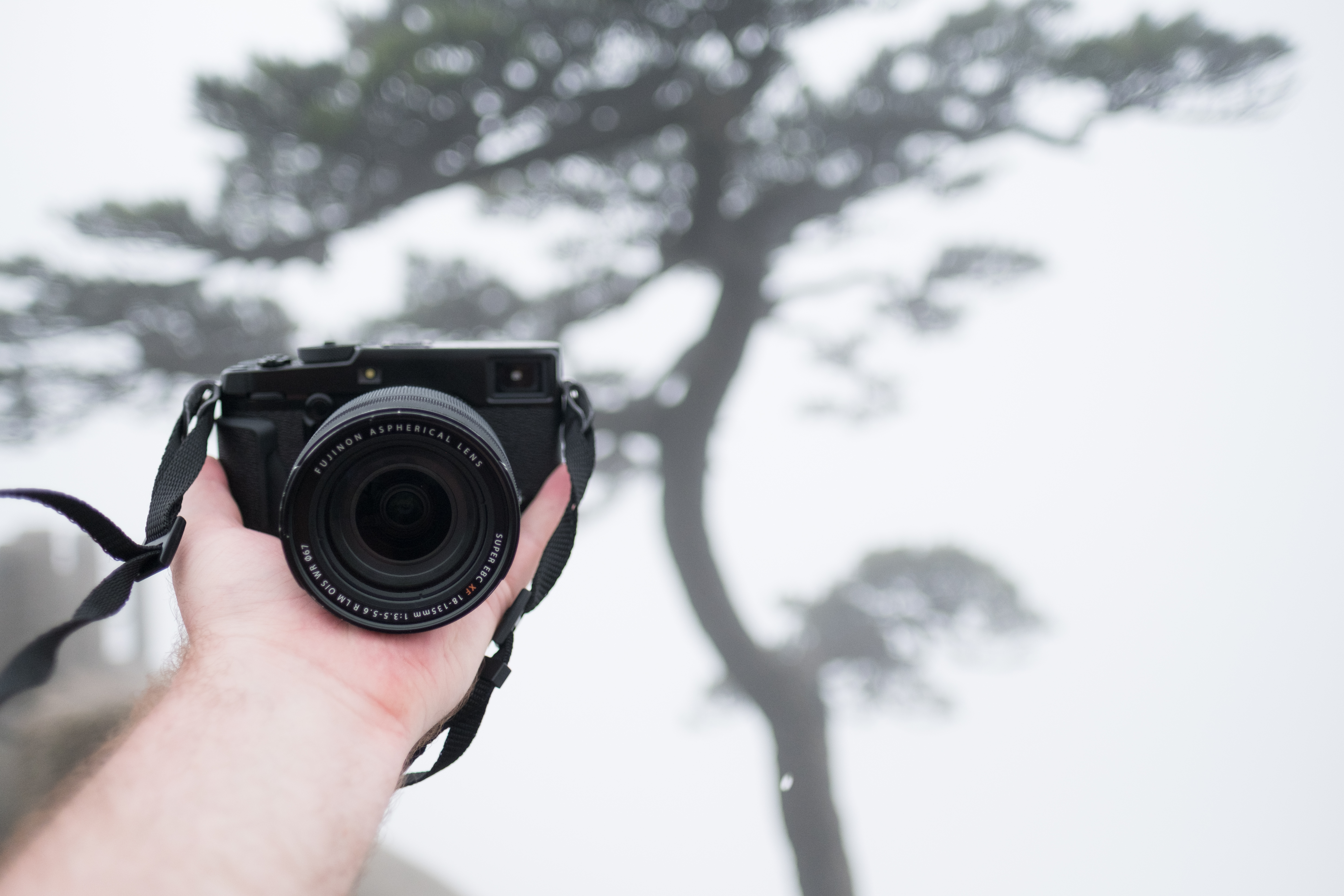 It’s not often you get to visit a country like China that is full of wonders, but as most of you may know when an opportunity like this comes your way it’s best to capture it in full.

Recently, my overseas trip involved trekking through the Yellow Mountains located in the Huangshan National Park, located about an hours flight from Shanghai, China. Although this majestic place was close to Shanghai, I travelled from the busy tech hub of Shenzhen (around a 5 hours flight), and the limited air conditioning outside the terminal didn’t seem to compete with the hot and sticky weather.

Our driver who didn’t seem to care much for his life, raced around blind corners in his F1 fighter jet or otherwise known to the people-who-want-to-live as a car. I must say, the door handles of the vehicle certainly became weakened by the end of the trip due to the constant strain from clenched grips. We survived, though and desperately scrambled into our accommodation after an hour in our driving simulator before we explored the town located a few kilometres from the base of the majestic Yellow Mountains. Upon taking a few steps outside of the car park I was reminded no matter where you are in the world, even in a small Chinese country town in the middle of nowhere you can’t escape technology!

The evening consisted of strolling the streets with the Fujifilm X-Pro2 to find a well-known market street which catered an array of local fresh and exotic produce. The mystery world of new dialects, interesting smells and many chance photo opportunities had me meandering through the rough cobbled streets as my attention was drawn in every direction. The X-Pro2 was discreet and simple to use. It felt natural and more importantly it didn’t obstruct my experience. Changing the ISO, aperture or shutter speed was simple, making it the perfect camera for my trip.

The hustle and bustle of the street died as the remaining colourful lanterns flickered in the moist late night air. The doors began to shut and my time among the people had come to an end.

The following day brought the same heavy humid weather. After a quick breakfast, I was driven to a cramped bus that would eventually follow the winding route to the majestic Yellow Mountains in Huangshan. The iconic mountain range was best known for its eerie pine trees atop of stunning granite landscapes that often ‘floated’ amongst the heavy mist. Sunsets at this time of year were rare, but one could only hope there would be an occasional break in the clouds to expose the panoramic beauty beneath.

In preparation for the trip, I debated what lenses I would take to accompany the Fujifilm X-Pro2. I decided on a wide-angle, prime, an all round lens and telephoto as they seemed to be the best option to cover landscapes and any wildlife I might encounter when climbing the 1850+ metres. It was a hard choice, but considering the time of year and weather sealing on some of the lenses, I felt this was the best setup for my photography style.

My daily hand carry favoured the XF16mmF1.4 and X-Pro2 while the rest of the gear stayed in a small backpack, along with a few changes of clothes, extra socks, plenty of water and of course some spare batteries and a handful of large memory cards.

The history of the Yellow Mountains was learned with each step. The large carved stone had masterfully been moulded into the side of the mountain, quietly telling its story to the ascending travellers. The pea thick mist hid most of the peak’s grandeur for the first day but presented a rare opportunity to create silhouettes from the languishing pines, stagnate in time and nature.

Day two tackled the steepest climb I had ever attempted. My neck arched every couple of minutes to calculate the vertical steps that disappeared into the heavens. A slow pace and solid grip on the mountain and the other on the X-Pro2 was the best means to overcome being pushed backwards down the mountain by the howling wind. The thoughts of ‘are we there yet’ constantly reverberated in my head, but I pushed on, knowing the images at the peak would be worthwhile from the extensive Google searches I had researched.

Eventually after a number of hours of climbing we reached the top. Dumping the backpack felt like a sheep losing its fleece, an abundance of energy surged as I photographed the misty lone pine dangling precariously on the edge. The cloud lingered and wouldn’t depart to showcase one of the highest points in China. It didn’t matter, though, I had the Fujifilm X-Pro2, plenty of storage space and an idea. I planned to photograph the mystic pine tree from a new perspective to what I had previously seen. Edging to the drop-off and the side of the barrier like a caterpillar I extended my torso beyond the cliff edge to begin a series of handheld vertical images that would later become a panoramic view.

I finished the trip a week later and upon reflection, I was happy I utilised all three lenses while in the mountains. I wouldn’t have taken any other Fujinon lenses on the trip, as each focal length complemented one another. The durable X-Pro2 was exceptional, both in weight and operability, which is why I will continue to use this camera whenever I go travelling. Being able to travel to the Yellow Mountains is something I recommend you add to your bucket list. The trip for me was truly spectacular, and something I highly recommend photographers pursue, the memories and photographs will be with you forever.