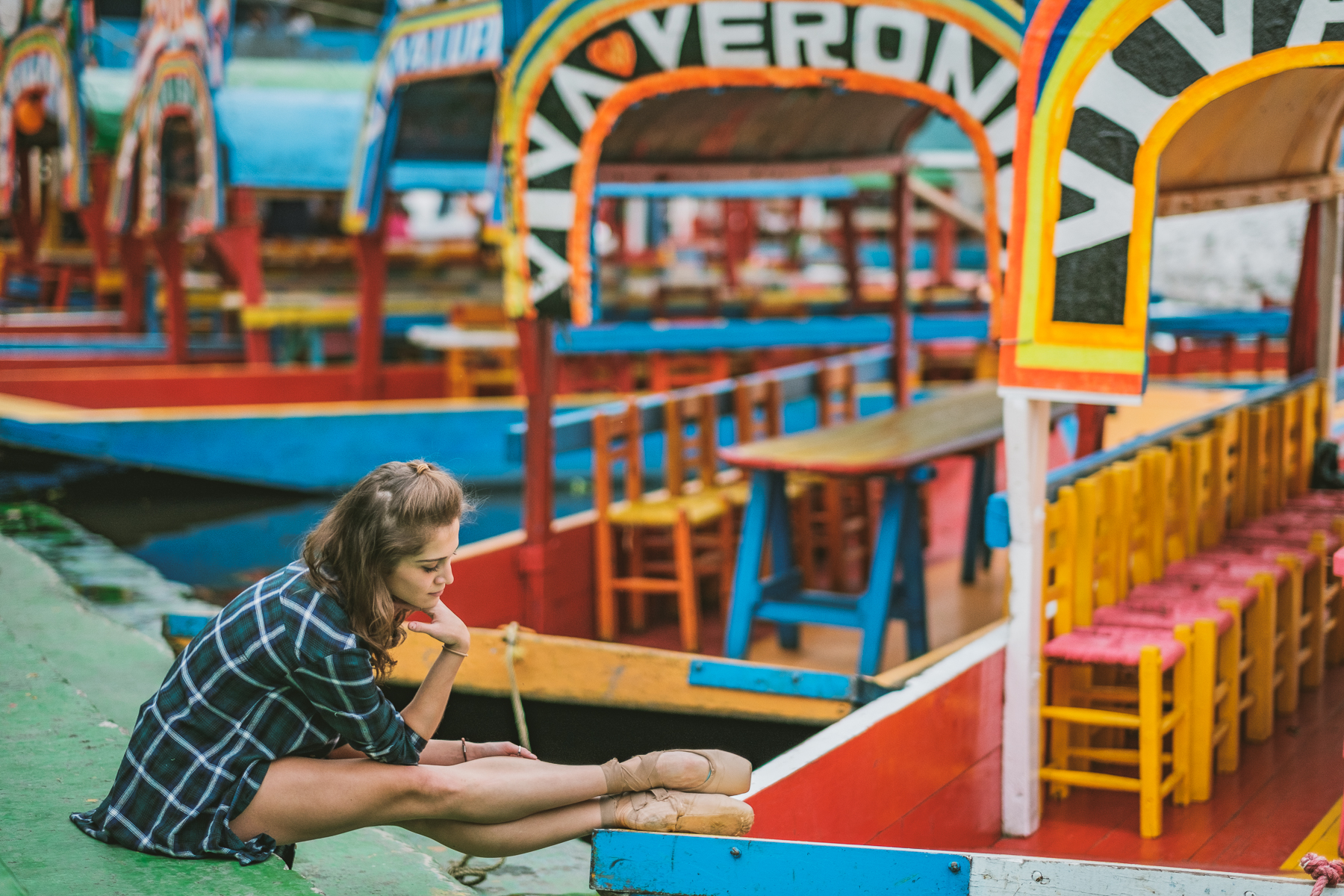 A good friend once told me that success often comes when two things take place: chance and readiness. I am a firm believer that it takes more of the latter than anything else. Chance…well, that could be a matter of perception. Too many people believe that situations must be just right in order to be successful, only to end up disappointed and frustrated.

Let’s rethink that approach. Replace chance with persistence, and see how that goes. Don’t worry; this is not solely a self-help post…photography, coming right up.

On my recent trip to Mexico, there was a multitude of moments where things were not how I planned – or, where circumstances changed unexpectedly. When you are traveling into new territories, you are most likely going to run into these types of scenarios. What’s important is how you handle them. I’d like to share just a two examples with you and how persistence and readiness help me pull through.

A few local people had told me that I should consider shooting in Xochimilco due to the colorful “trajineras”. Trajineras are boats colorfully adorned which take groups of people along the canals. I did a little research and thought it was a great idea. I consulted it with one of the dancers and she was thrilled with the concept. The excitement grew alongside my expectations. In order to make it there, we had to travel nearly an hour outside of the city. Upon arrival, my heard sank. I soon realized that shooting at this location was going to be more than challenging. The place was PACKED with people and to make matters worse, light was fading fast.

My initial idea was to photograph the dancer on a floating boat with other boats on the background. It was going to look AWESOME, or at least it did in my head. Unfortunately, the canal was overcrowded and we would be unable to execute the initial plan. Light was still fading and we were too far away from the city to turn back and find a different location. I would have to make due.

The important thing is that I had already been rolling with the punches. Since I arrived on location, despite the location being less than ideal, I was constantly shooting. I wasn’t waiting for the perfect setting; I was ready to make the setting work for me. We continued scouting a few locations around the area and shooting simultaneously. At the end of the day, I was really satisfied with the images we achieved.

The next example had even higher expectations. It was the Day of the Dead. The plan was to visit two cemeteries with two dancers and use with the festivities happening as part of the backdrop for the images. Again, it all looked incredible in my head. This time we had to travel even farther away, about 2 hours, to Cuernavaca.

When we arrived to the first cemetery, I quickly knew the day would be not as I had imagined. Did I quickly pack up and leave? No, I told the dancers to get ready and we shot a few frames. After some time, I decided to move to the next location. As we were approaching the next cemetery, we diverted into an interesting alleyway. We shot some frames and as we headed back, I stopped to shoot once or twice along the way.  I saw the sunset starting to break and made the decision to keep shooting on that street. After a few minutes passed, an adjacent street caught my eye …so we kept shooting.

I felt a few drops of rain as the sunset came into full effect. I changed my lens to XF90mmF2 R WR just in case, even though I didn’t see many clouds. What happened next none of us was expecting: a heavy storm broke and the day transformed into night almost immediately. Thanks to the X-T2 and XF90mm’s solid weather sealing, we were able to push on and continue shooting.

In both of these examples, the reality of each situation was nowhere near my expectation. Yet in both cases, I was able to capture some beautiful images beyond my imagination. We weren’t quite able to shoot at the locations we had set out to shoot. That didn’t stop me. I was persistent and kept shooting, making the circumstances work for me and not the other way around. I took control of my “fate” and didn’t allow the obstacles set the tone or disappoint me.

Shooting with the X Series system also contributes greatly in these moments. Being able to see an exact preview of how my images are going to look like on the EVF and rear screen helps me visualize what is going on and make sound decisions towards my goal. The weather sealing and excellent high ISO performance also keep me confident in all sorts of tricky moments. In those moments, I know I’m capable of capturing the perfect shot, but it’s up to me to persist.