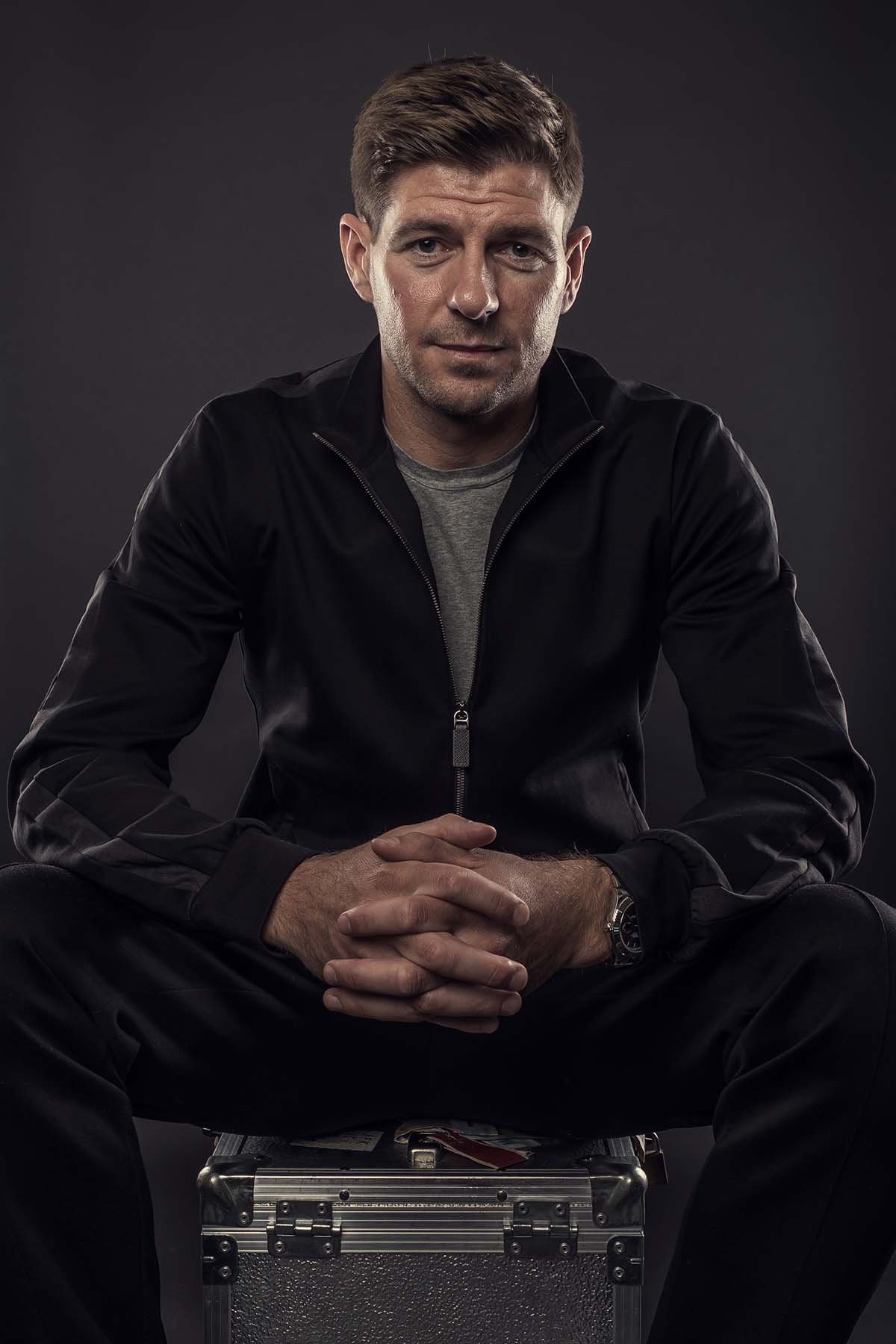 Think about it, it’s your dream job. You’re a Liverpool season ticket holder and supporter and as a professional photographer you are asked if you’re interested in photographing the portraits of a number of former and famous Liverpool FC captains for an upcoming book.

Of course I jumped at the chance!

My brief was pretty simple, make all the captains look good, but the harder part of the brief was to make all the pictures look like they had been shot in the same session at the same time ……. Of course this would mean shooting on location in ten different locations!

The first captain on our list was perhaps the hardest logistically to set up as when we arrived at Ron Yates’ home there was simply nowhere to set up my studio and Ron’s wife was not too pleased at the thought of moving everything around in her living room!

But we soon persuaded her that it was ok to shoot with a simple one-light set up and so photographed Ron on his sofa right there in the front room.

“One of the great advantages of shooting with my Fujifilm X-T1 camera system is that the camera is not overwhelming in size and this makes it easier to communicate with your client.”

I was not given a lot of time to take Ron’s portrait as he sadly suffers with Alzheimer’s so I needed to work quite quickly. This meant going for my trusty XF16-55mm f2.8 lens. This lens is amazing at times like these – it’s versatile in focal length from wide angle to zoom, sharp and very fast to focus.

From here I worked quickly, taking as many different portraits as I could in as short amount of time possible.

Over the next few captains that I photographed I was given more time and space to get what I had in mind for the book.

One location I was given was to shoot in was Jamie Redknapp’s garage at his home! It was a big space to set all my studio backdrop and lights in, plus I received refreshments from Jamie’s lovely wife Louise!

Also having the luxury of more time and a bigger working space is that I got to use my different Fujifilm prime lenses. And let’s not forget that with each different portrait sitting you have to come up with a variety of posed shots, I tend to shoot a full length sitting down shot, a ¾ length standing up shot and then a selection of close-up headshots. The lenses I use in my shoots are the XF16-55mm f2.8, XF23mm f1.4 and my XF56mm f1.2.

“I really love the 56mm as it’s pin sharp, fast to focus and gets a great headshot in a limited space.”

And the locations where quite varied too – from conference suites in Southampton Airport (amazing what access you can get in these places dropping Graeme Souness’ name) to removing furniture from Ronnie Whelan’s dining room so I could set my studio in there (Massive table and chairs out!).

There was also the time aspect to all this as each Captain was giving their time for free, so I was very conscious that my photoshoots didn’t drag on.

In my experience with these types of shoot I’ve come to know and trust the equipment that I use. From my portable studio set up to my Fujifilm camera and lenses, I know I’ll get great results each time.

One of the most common questions I get asked is which Captain was the most difficult to shoot.

On the day of the shoot Steven was very pushed for time as he had a big appointment in Milton Keynes for Adidas. To compound matters further the interview for the book ran over as well…… So in the end I was given just 60 seconds to get as many portraits out of the shoot as possible.

Lucky I had just enough time to set my studio up and was ready as he walked in. I used my Fujifilm X-T1 camera alongside my XF16-55mm lens to create the shot.

As I said before, in times like these you need equipment you can trust and that will simply get you a great result.

That’s why I shoot Fuji!

7 comments on “Capturing Captains with the Fujifilm X-T1”