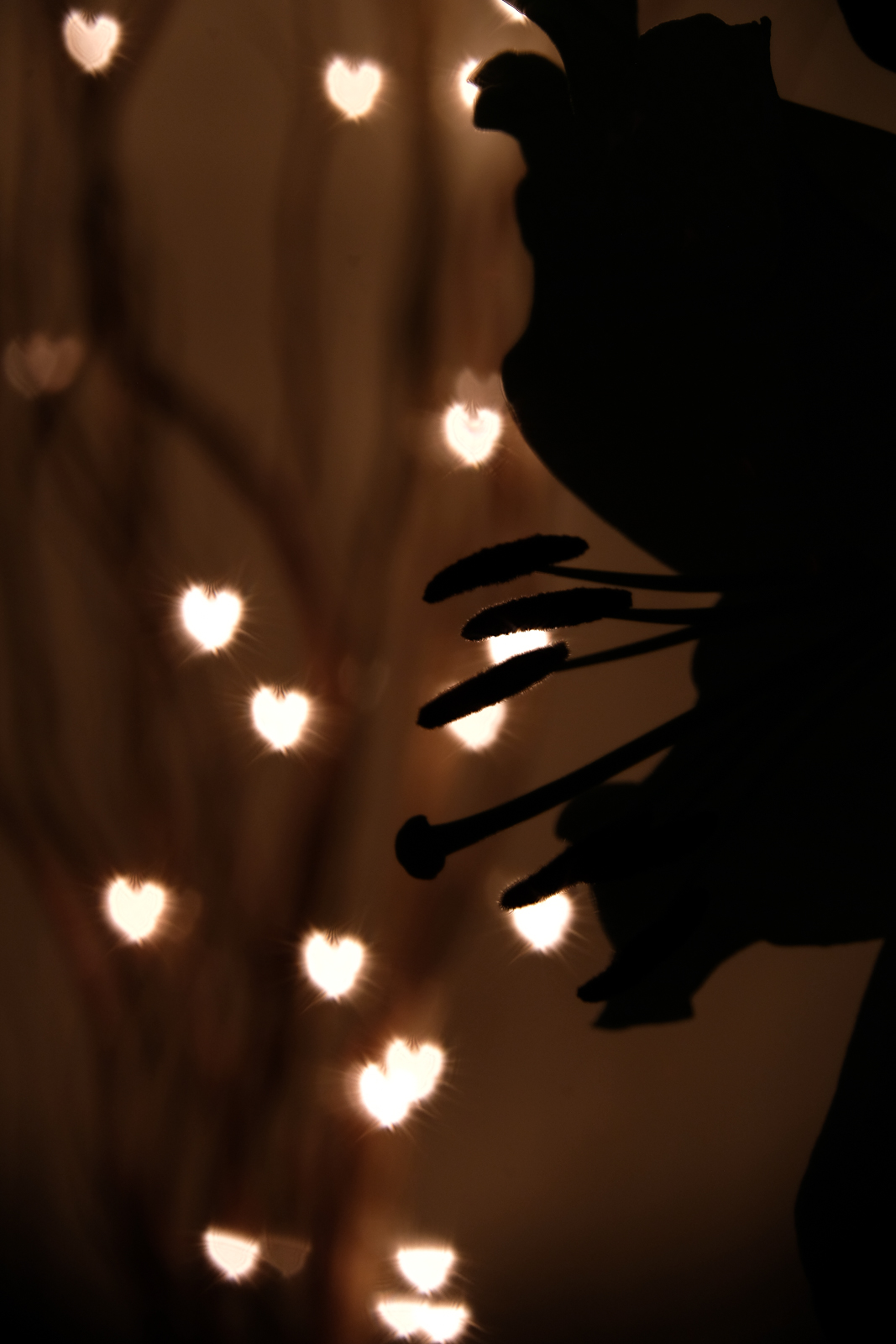 Black card, tape and Velcro are all you need to add extra creativity to out-of-focus highlights.

If there’s one thing that Fujifilm XF lenses are well known for it’s bokeh. Some folks mistake this term as referring to purely out-of-focus highlights, but in reality it means the whole out-of-focus area of an image and how appealing it looks. But there’s fun to be had with highlight areas, particularly pinpoints of light the likes of which are created by fairy lights. Take a look at the two shots below, the one on the left is a defocused shot taken with an XF55-200mm at the 200mm setting and its widest aperture. The shot on the right was created by slipping a piece of card with a heart cut in it in front of the lens. Cute, eh?

And it’s easy enough to do.

First up, you’re going to need some materials. I used the following:

The more eagle-eyed among you will also notice there’s an X Series box inner as well. More on that later…

Start by taking the card and a pencil and drawing round the lens you want to creating the bokeh shape for.

Once you’ve got a nice outline (not wonky like mine), cut it out using the scissors, then place it back on the lens to make sure it’s the right size.

Measure the diameter of the card and then use the scalpel to cut out a second circle that’s approximately 1cm across.

Once you’ve done that, cut a strip of black card and apply the electrician’s tape to one edge of it.

Slowly wrap this around the circle you’ve already cut out, creating a shallow holder in the process.

The holder should now slide neatly over the front of the lens.

Take the Velcro and cut two short strips, sticking them on either side of the small hole.

Finally, cut a final small piece of card and then either the scalpel to cut a shape you want to appear in the bokeh. A heart is easy enough to cut by hand, but if you want something more intricate shaped punches are available in craft stores and provide a smooth edge. Stick the other part of the Velcro on this card and attach. This way you can easily make other shapes and remove/attach as you wish.

You’ll need to do some experimentation with different lenses and aperture settings. Naturally, the wider the aperture the better, plus you’ll find that manual focusing is better. After my initial tests with this shape to produce the shot at the top of this blog, I created a second slightly fatter heart shape for the shot below, which I prefer. To add a bit more interest, I also added a lily as it’s my wife’s favourite flower and I thought it fitted the heart theme.

And the X Series box inner? Well that was used for the shot on the right. See, Fujifilm even produce creative packaging as well as great cameras!