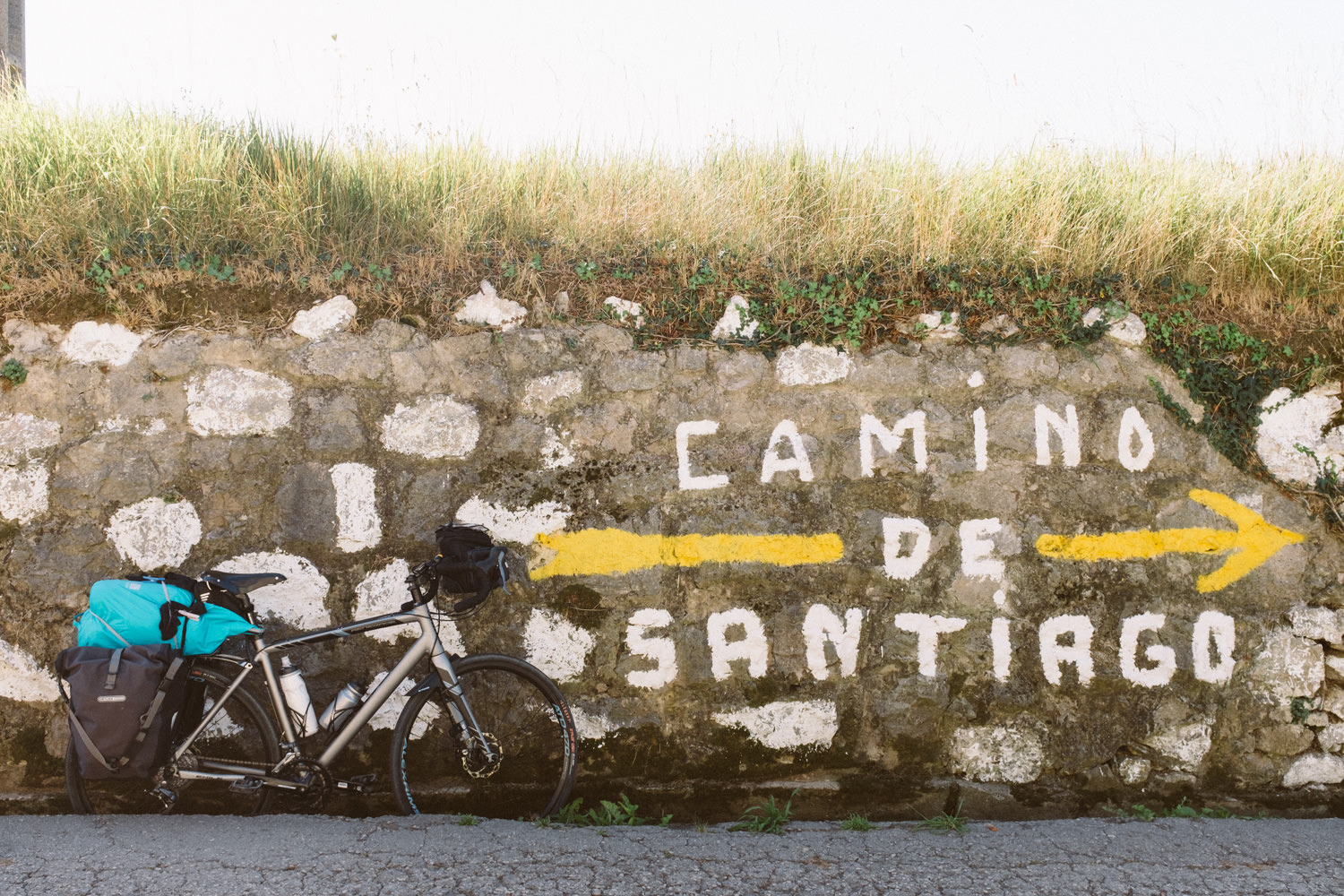 The Camino de Santiago (also commonly known as ’The Way of St James’, or ‘El Camino’ in Spanish) is the name given to the pilgrimage routes that start all over Europe, but all lead to the same destination: the Cathedral of Santiago de Compostela in Galicia (Northwest Spain).

Since moving to Spain in 2011, I had heard many people talking about doing ‘El Camino’, and each of them saying how incredible the experience is (life changing for many). For the past few years, it has been on my ‘to do’ list, and this August, I decided to combine three of my passions (travel, cycling and photography) and see what all the fuss is about!

The first choice I had to make (although it wasn’t really much of a difficult one) was whether I should walk, or cycle. As a keen cyclist, the choice was simple; I would do a cycle tour. By cycling, it also meant that I could see much more of the coast in a shorter time, and also easily take detours if I wanted to explore the area.

The second choice that I had to make was which camino to do. It was a toss up between the most popular, but easier and better facilitated route; the Camino Frances, or the more difficult and less crowded Camino del Norte. I decided to do the ‘Camino del Norte’. This is the route which follows the northern coast on Spain. I chose to do this route as I had heard it is the most beautiful but also one of the most difficult routes due to all of the mountains! I decided to start in the beautiful coastal town of Castro Urdiales (50km west of Bilbao), and had approx 17 days to cycle the 780km to Santiago de Compostela.

The third choice that I had to make was where I would stay. Typically walkers (commonly known as Pilgrims during the camino) stay in Albergues (which is like a simple hostel, solely for pilgrims). However, cyclists get the last priority of beds in Albergues (walkers first / those on horses – yes, horses – second / cyclists third). As I had no guarantee of a bed, I decided to bring a tent and camp where possible.

There seem to be as many reasons for doing the camino, as there are pilgrims. I met people from all walks of life, including entire families, married couples, adventurers, grandparents and even one guy who had walked out of his front door – in the Netherlands – 11 months ago, and is still walking now!

At the start of my camino, I overheard people saying things like “The Way gives you what you need”. I rolled my eyes and blew this off as some hippy thing, but after 17 days of cycling, I agreed with this.

I think that the nature of any repetitive action (in this case ‘wake up/eat/cycle/sleep/repeat’), gives you a lot of – almost meditative – headspace, and can teach you all sorts of things about yourself. I had a lot of time to ponder on things (I was, after all, cycling by myself for on average 5 – 8 hours a day).

I also feel that the challenges taught me a lot about myself, and man, there were challenges! It was way more difficult than I could imagine. Some days I would battle a constant uphill mountain for more than 2 hours without escape. On average, I was ascending and descending between 800 – 1000 metres of altitude a day. And when it’s 32 degrees, and your loaded bike weights 30kgs, you feel every meter.

Before starting, I expected to have many highs, and many lows (such is the beauty and the curse of solo travel), and the camino gave me both of these. I had extreme highs after making it through hours of rainy mountains to be rewarded with parted clouds over the most breathtaking views. And I had extreme lows when I questioned my reasons for this ‘stupid idea’ and was 90% sure that I was going to quit and just hang out on a beach for the remainder of my trip.

Each persons experience of the Camino is unique and I feel that if you listen, you can learn a lot about yourself during this journey.

I’m not sure if other photographers are like me, but I spend so much time in a constant debate over which camera equipment to bring before any trip.

I had narrowed it down to the X100s, or the X-T10 + XF16 and XF35 lenses. After changing my mind on a near daily basis, I eventually decided to simplify EVERYTHING on this trip, therefore I would only bring my X100s. I had previously spent 3 months backpacking around India with this camera and think it’s an incredible travel camera.

My reasons for bringing just the X100s was that I wanted simplicity. This was very much my philosophy behind the entire trip – to get away from every day life of choices and go back to basics (this was also the basis for my terrible decision of bringing only 2 pairs of socks for a 17 day cycle trip). I was clear that this was not a photography trip; it was all about the experience of the camino, and the X100s was always at hand to document it.

And if I had to choose only one reason why this is still my favourite travel camera, it’s because it doesn’t interrupt your experiences; but instead is there to complement them. Photography has taught me how to see, and when a camera fits in so seamlessly with your life, it can help deepen your appreciation of that moment.