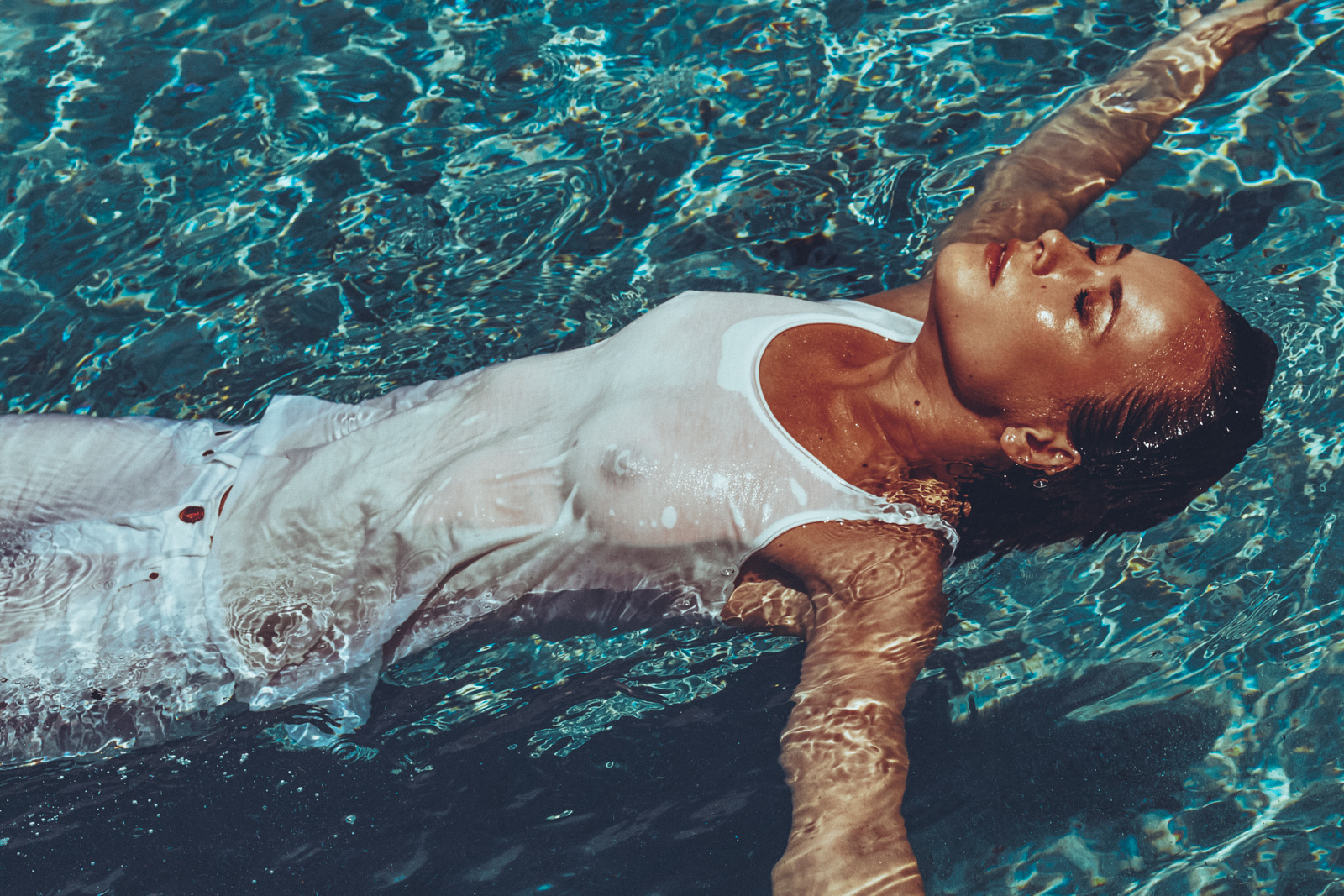 May this year I picked up a second-hand graphite silver edition X-T1 and wanted a good excuse to go out shooting with it.

So.. I arranged to meet a model I’ve known for 5 or 6 years now, Imogen Leaver who’s with Nevs Models in London. We got chatting and I mentioned a friend of mine who’s a makeup artist that had just moved to Ibiza, well she’d been on my case to fly out and shoot on the island, it was something I’d been wanting to do for a long time.

To cut a long story short, we were both fairly quiet work-wise so we looked into flights and within a few days that was it, flights were booked and we were going to fly out the following week for 3 days!

The next thing to decide was what gear to take?

You see my switch to regular use of the Fuji X System was still pretty fresh, my Canon 5D MkIII was and still is part of my kit but I’d only used it once in about 4 or 5 weeks, even in the studio I’d been reaching for the X-T1.

Honestly, I thought I might have deliberated more over what kit to take but I wanted to travel light and I already knew how much I loved Fuji in natural light from past experience so that was that – I took the X-T1, the X100T, my 35mm and 56mm.

I’d also been hearing great things about the XF50-140mm zoom, but being a prime shooter I wasn’t too sure if it would work for me, but Fujifilm kindly loaned me one for the trip so I could try it out and see what all the fuss was about, I wasn’t expecting to use it much – how wrong I was!

First day out we drove to a beautiful beach, Sa Caleta the sun was shining & we were ready to get going, the rocks and cliffs were a beautiful golden colour I just knew would give amazing tones and colour to Imogen’s skin.

We started with a bit of fashion on the water’s edge before heading up into the cliffs, at this point I pulled out the 50-140mm lens as I thought it would be good to stay fixed to one spot rather than moving around the rocky terrain with the camera to my eye and tripping.

Well, I really wasn’t prepared for how much I was going to fall in love with that lens, it performed like a prime, fast to focus, sharp and the Optical Image Stabilisation (OIS) was a real plus. I’ve not got the steadiest hands so when I’m out in natural light it can be so easy to miss a shot due to camera shake, but with this lens every shot was in perfect focus.

I was also surprised how balanced it felt in the hand for a large zoom, when you compare it to something tiny like the 35mm F2 you’d expect it to feel very heavy and just a bit odd on a small body, but I found it really easy to use and very comfortable.

Day one was the last time I used my primes, seriously.

The zoom did not leave my camera for the rest of the trip as after reviewing the images on my MacBook Pro every evening I noticed they appeared to have more depth to them, almost a 3D quality. Maybe it was the beautiful Ibiza light I don’t know, but there’s something I can’t quite put my finger on that’s different to the primes and whatever it is, I love it.

I really did put it to the test on this trip as well, some strong winds on the second day really showed how the OIS helps. We shot alongside those famous Ibiza sunsets where Imogen modeled swimwear out upon a jetty with the sunset behind her – I experimented quite a bit here as it’s not something you get to shoot everyday!

I’d shot sunsets in the past but throwing a model into the mix really offered up a new challenge for me, and I knew Imogen really wanted some sunset shots too… no pressure!!

I exposed for the sunset initially leaving Imogen in silhouette but then found a good middle ground exposure to be able to have enough light on her while still capturing the beauty of the sunset, the colours and reflections on the water. I also tried exposing for the model and blowing out the sunset more and I have to say they all worked out very well.

You don’t get more than maybe 20 minutes to get those shots and yet I was still spoilt for choice with the results. I knew I could push things in post but I’m a bit of a stickler for getting things as close in camera as possible & having all the dials on top of the camera really helps to make those quick adjustments.

I think the ultimate test was as we were driving away from the beach on the cliff road, Lauren, our make up artist and host pointed out to the sun just about to disappear into the water behind us, I wound down the window grabbed the XT and with my upper body hanging out of the moving car I took a shot, as you can see it came out beautifully!

I have to say that I truly missed that lens when it went back to Fuji and I think I’m very likely to get myself one in the near future. The whole trip was a great success and we’ve had great feedback from the images that were taken.

I’d like to thank Fuji for providing the lens for this trip as well as my friends Lauren Buckley make-up artist and Imogen Leaver for making the trip such a successful and memorable one.