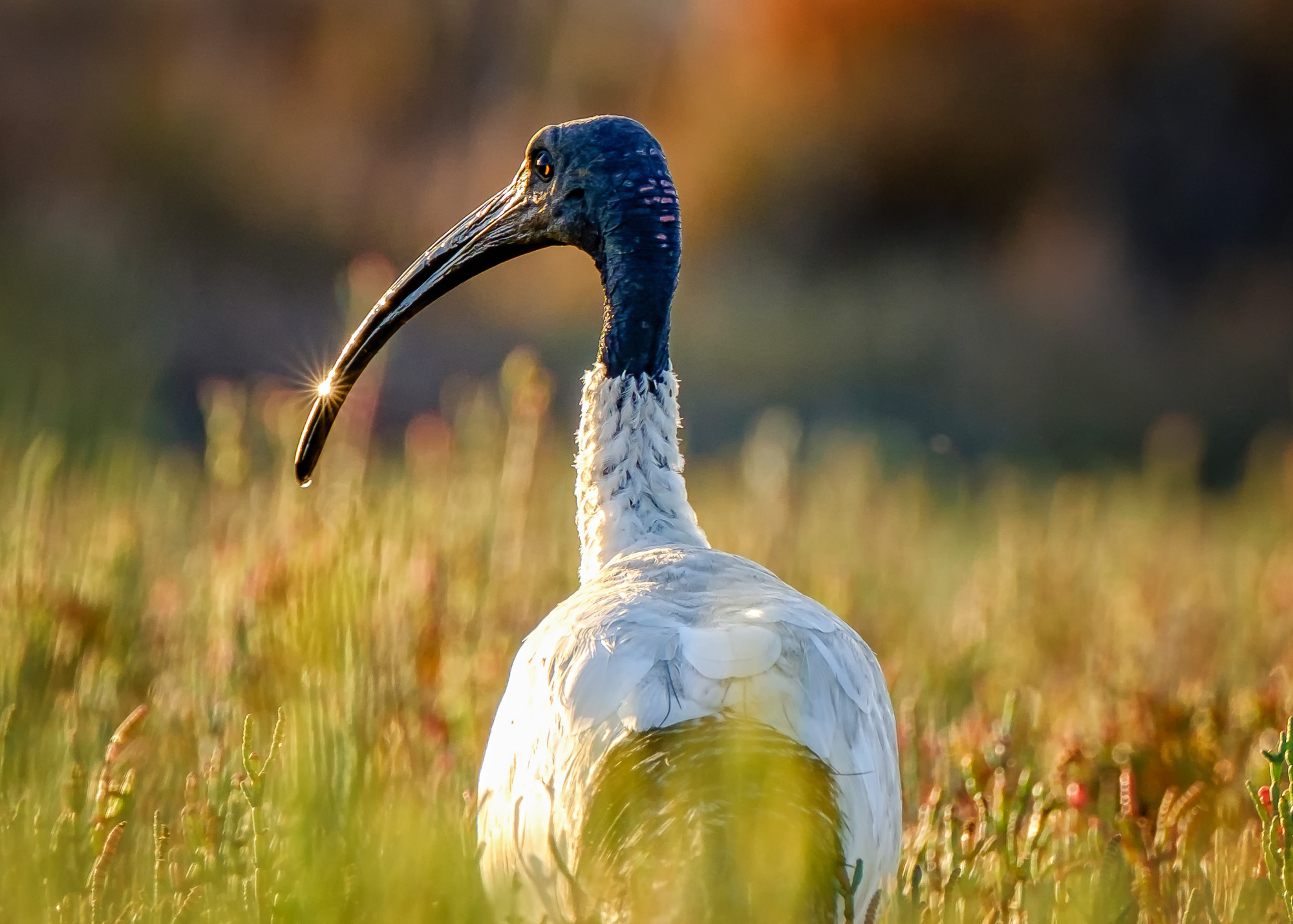 I am a keen kayaker with a passion for photography so with the estuary and wetlands near my home having prolific birdlife it has been a natural progression to combine both. Using a kayak gives you unique access to the areas you just can’t get to on foot or by boat so this means less (usually no) people, which results in more bird activity. But let’s face it an open kayak isn’t necessarily a camera friendly zone and a DSLR with a zoom lens fitted isn’t the most buoyant combination around so it was a bit daunting at first to take this out in my kayak but over the past couple of years I have developed a reasonably successful and safe technique.

There are a number of advantages using a kayak for photography as birds move with the tides and their feeding patterns so you can cover a lot of ground throughout the wetlands and estuary paddling the kayak. It is low to the water so gives a good angle for photography, is quiet and doesn’t alarm the birds as if on foot, allowing you to drift down onto your subject so you can get close. Sometimes very close as the birds seem to accept your presence. Being 10m away from an Osprey feeding on a fish without alarming it is a memorable experience. Also, it’s a lot more fun that sitting in a hide for hours waiting for something to come to you or wading knee deep in the mud.

I had been using a Canon DSLR, 70mm-200mm F2.8 lens with a 2x converter but wasn’t really happy with the image quality when using the converter so had resorted to just the lens which meant I had to try to get closer to my subject and crop images. To progress further I really needed a longer lens but it had to be practical to use in my kayak and without having to take out a second mortgage.

The lens went on the back burner and in July last year I attended a Camera Expo looking for a travel camera as we had an overseas trip planned in 2017 and I didn’t want to take my heavy DSLR. I bought a Fuji X-T1 with the XF18-135mmF3.5-5.6 R LM OIS WR lens as it was compact, light in weight and promised good image quality.

I initially had no real intention of using the X-T1 for wildlife photography but I took it out in the kayak a few times to compliment my DSLR and get familiar with using it for landscape and the occasional bird life, and I was blown away by the image quality. There was also something special about the images compared to my DSLR. They had a vibrancy and just seemed better particularly the jpegs straight from the camera and having used many rolls of Fuji Velvia in my film days it took me back to images produced then. I loved the retro feel of the camera, it was just like my very first SLR many years ago and when I did try it on birdlife it captured the colours and details in the feathers beautifully and when I zoomed in on the image the lens proved to be sharp and I was impressed.

I was hooked and the Fujifilm X-T1 became my go to camera for landscape and general photography but I needed a longer lens for my wildlife. I was pleased to see that Fujifilm had a XF100-400mm lens planned for release in early 2016. So, I waited and read the pre-release reviews with anticipation. It rated well so once released in Australia I parted with my hard earned cash and purchased the XF100-400mmF4.5-5.6 R LM OIS WR lens.

The camera, lens set up I had now, even with the optional vertical grip battery grip fitted to my X-T1 was half a kilo lighter than my previous DSLR and lens. This may not sound a lot but the weight reduction at eye level in a kayak plays a big part in balance.

Rule number one in kayaking with a camera – stay upright.

Not only was the weight reduced but when the XF100-400mm lens was fitted to the X-T1 it felt far better balanced and wasn’t “nose heavy” like my previous gear.

So far so good but the proof would be how does the combination perform in the field or should I say in the boat? I just had to find out.

The lens is a similar physical length to my Canon 70-200mm lens, so I now had a 400mm lens that was compact enough lengthwise to fit into my waterproof camera bag in my kayak hatch with the lens hood permanently attached. This allows quick access when an opportunity arises.

And the performance of the lens did not disappoint.

Rated at 5 stops the OIS is just brilliant and I can confidently get hand-held shots at 400mm from the kayak at shutter speeds of 1/400 second and the results are pin sharp. This has allowed more flexibility following birds on the move, as in the past I would try to use a monopod for support which was restrictive should the bird fly away, but now this wasn’t a necessity. The image quality of the lens still impresses me as it is so sharp and quick to focus. It tracks subjects well in continuous focus mode although fast birds in flight can be challenging, in more ways than one. Pan too quick and you can end up having a swim! When combined with the burst speed of the X-T1 you can still get some great shots and this provides a great combination. For my style of photography, this lens is fantastic. I love it.

I’ve also had use of the Fujifilm 1.4X TC WR teleconverter for a weekend and whilst you lose a stop this gives you an 840mm equivalent lens with no noticeable loss of image quality.

But it’s not just the lens, the combination with the X-T1 works so well I’ve left the DSLR at home now. I have been using the X-T1 exclusively for some months while learning its capabilities. The EVF I’ll say took me a little while to get used when compared to an optical viewfinder but that was really me not understanding its capabilities. Once I had the menu options of the X-T1 set up right I realized how good this was and how to use it to get the maximum out of it. I love the WYSIWYG image in the viewfinder as I can spot meter on a bird which may have very contrasting plumage. I see exactly the image and by changing the metering position, I’m able to prevent blown highlights or even change the background exposure. Also to be able to check your images in the viewfinder and use the focus assist button to zoom in check sharpness is a great feature in bright light conditions. I can also shoot at far higher ISO ratings now without any noticeable noise, which I couldn’t do with my DSLR. This allows me to use more of the lower light conditions available in “the golden hour” than before and also keep up the shutter speed and obviously with both camera and lens being weather resistant this is a great advantage in the environment I use it in.

Like all photography though it’s what’s behind the image that makes a good image. When using a kayak you can have a 360-degree possibility of the approach angle on the subject so you have to plan you method of approach. Not only do you have to work out the lighting and sun angle you also have to judge the wind, tide and any current so that ideally you can drift down onto your subject with the camera at ready and eye to the viewfinder. Not to mention a co-operative subject or being in the right place at the right time. There’s a lot of hit and miss and it varies day to day as the birds move, but with Fujifilm and the X-T1 and XF100-400mm lens combination, this has helped to reinvent me in my photography as my results are much improved. This makes the hours of paddling and the effort all the more worthwhile. I am still learning and trying to get that perfect image but now with Fujifilm it’s a lot more fun trying.

I live in Mandurah, 70kms south of Perth in Western Australia and have a keen interest in photography seemly always having a camera since the days of my first Kodak Instamatic. I also had a period of developing and printing with my own darkroom back in the film days but had to give that away when we moved to the Pilbara region in WA as the tap water was too hot.

Photography runs in the family and although I work in the telecommunications industry with constantly changing technology I didn’t initially embrace the digital era of photography until my daughter started studying it at school then going on and becoming a professional photographer.

My passion is the outdoors and outdoor activities. I enjoy bushwalking, mountain bike riding and kayaking. Having moved to Mandurah six years ago I now have the extensive waterways of the Peel Estuary at my doorstep and have combined kayaking with photography to pursue my main interest in bird photography.

Capturing bird images in the wild is challenging and using the kayak gives you access to unique areas. I also engage in landscape, seascape and water sports and with retirement coming it in a few years I am working on my skills to make photography my main pastime.

I’m still chasing the perfect shot. More photos are on my website www.jonvausephotography.com