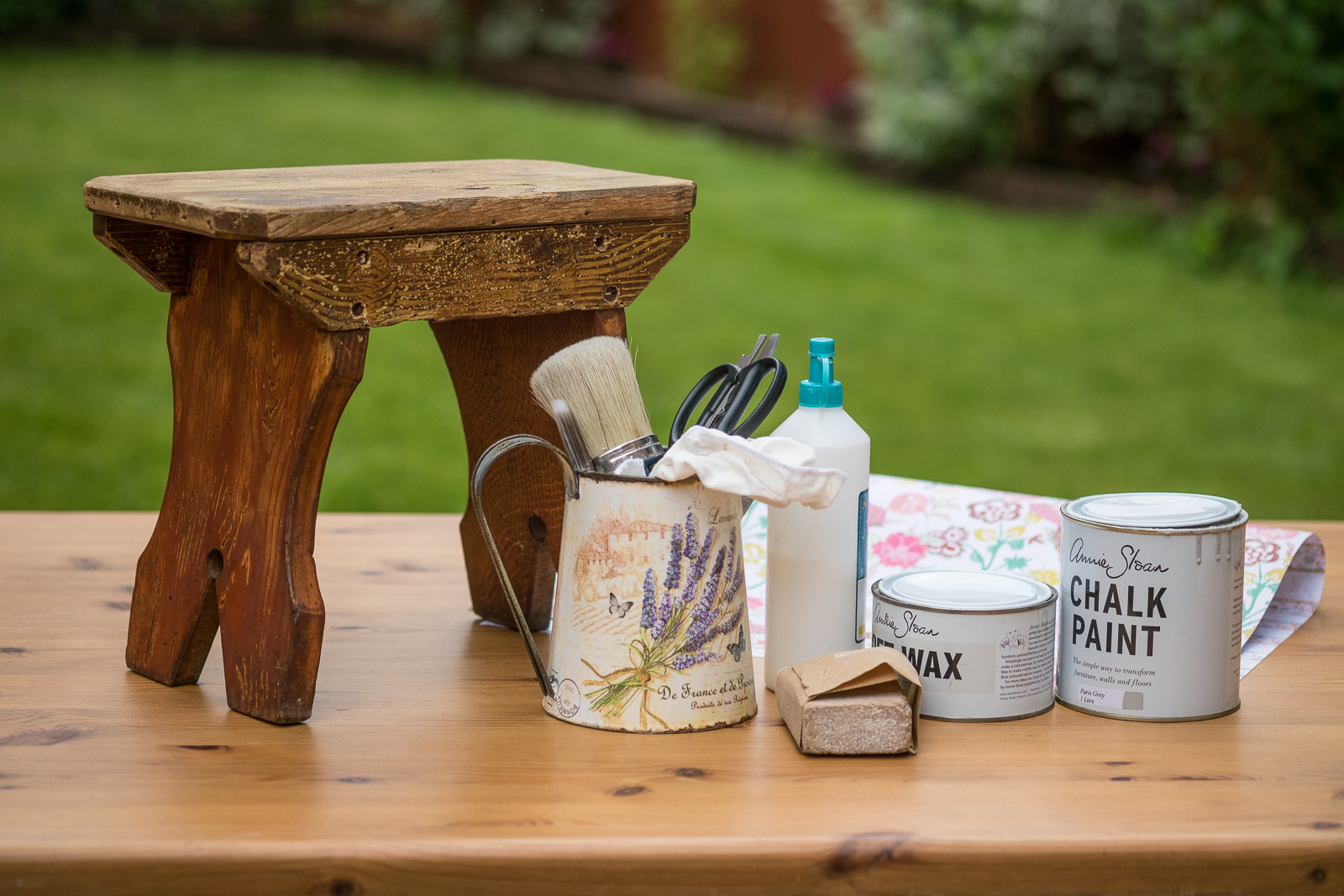 One of the reasons I turned to photography is because I was completely hopeless at any other form of art. My paintings look like they’ve been done by a three year-old and even my stickmen are proportionally challenged.

My wife, on the other hand, is the complete opposite. Anything she turns her hand to creatively, she’s very good at. Recently, that creativity has been directed towards old pieces of furniture that she’s revived using the ‘shabby chic’ technique. Don’t worry, she’s not taking beautiful mahogany pieces that she’s daubing in chalk paint and then sanding them to within an inch of their wooden lives. Nope, we’re talking unloved bits of furniture that most people would just take to the skip.

I’ve suggested to her on more than one occasion that when she creates these pieces, she should photograph the progress and blog about how they’re created. So when she tackled her latest project, I offered to shoot the images for her – using a Fujifilm X-A2 – just so she could see what was possible.

Here’s how the shoot evolved…

The work is normally carried out in our garage, but given that various rusting bicycles, cardboard boxes and garden equipment don’t create a very flattering backdrop, I convinced her to do this little milking stool in our back garden, wrestling the kitchen table out there to provide her with a working surface. Once that was done, I quickly set up this establishing shot, which shows the constituent parts and the stool before anything was done.

Going through the motions

Over the next couple of hours, my wife went about weaving her artistic magic on to the stool and I busied myself taking photographs every step of the way. Naturally, these shots could be put into a specific order for a detailed blog, but this selection primarily shows some of the steps and the different angles I chose. I rarely asked her to pose, instead it was just a case of observing what was going on and moving into the right position to get the best angle.

Although the chalk paint she used dries very quickly, there was still time to capture some incidental images as we waited for the paint to dry properly. This gave me the perfect opportunity to capture various detail images that add a lifestyle look and feel to the shoot. There was no setting up, I just shot all these objects as I found them, opting instead to change lenses and vary viewpoints to create interest.

Once she’d done, I took a final shot in the same place as the starting shot and then took a second shot using a chair that she’d created a few days earlier. All ready to blog and sell!

Along with the Fujifilm X-A2, I shot using three lenses – the standard XC16-50mm, the XF60mm macro and the XF35mm F2. I think the results speak from themselves. Minimal post production was required and the images are bright, vibrant and super-sharp. The flip out screen on the camera was ideal, giving me the option to shoot down low and also hold the X-A2 above head out and shoot straight down on to the table. The version I used – black & silver – appealed to my wife’s artistic eye too, plus with the WiFi functionality, she was able to transfer shots to her smartphone and share them quickly and easily on social media.

Funnily enough, a couple of days after I took these images, I found my wife using the camera and it has since been found along with her paints and brushes. I’m expecting a blog to be started imminently!