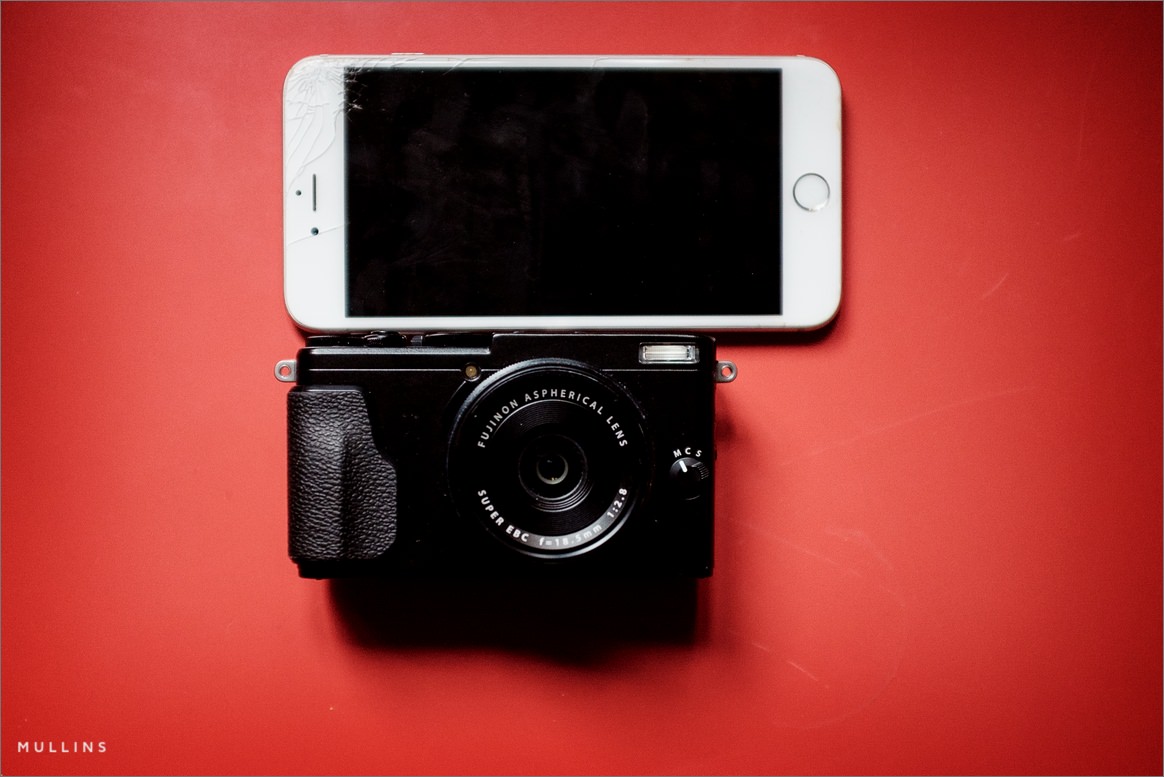 When I first received the Fujifilm X70 I looked at it and thought…….hmmmm.  Then I scratched my head and glanced sideways at my X100T which was looking back at me with suspicion and concern.

I have to admit that I also had suspicion and concern when I first picked up the X70.  It’s teeny.  In terms of length and width it’s almost a third smaller than my mobile phone.

So I challenged myself to see if size really does matter and, more importantly, does the X70 live up to its big brother X100T when it comes down to image making.

Brief Differences and Similarities between the X70 and X100T

This isn’t a review of either camera but it makes sense for me to point out the fundamental differences, and similarities between the two cameras.

Both cameras share the same 16-megapixel APS-C X-Trans II sensor but that, possibly, is where the similarities end.

We already know about the size difference, but really the biggest differences are the interface to shooting and the lens and so I will concentrate on these during this post.

“Beat the fear of Street photography by allowing people to come to you, instead of you to them.
Then just… Click.
No pressure.“

The X100T has an excellent 23mm F2.0 lens.  Way back when I was shooting DSLR, my preferred focal length was 35mm (full frame equivalent), and actually it still is.

So straight away, we can see that the X100T is going to be better at low light shooting, albeit marginally.

However, the size and weight of the X70 means we can shoot at slower shutter speeds to mitigate this to a certain extent (depending on the subject matter of course).

For me, I love that 35mm FF focal length and I’m getting used to the slightly wider view from the X70.

I instinctively lifted the X70 to my eye when I first got it out of the box.  Big mistake as there is no viewfinder in the camera (you can purchase an external viewfinder attachment that slots into the hotshoe).

For me, the reason I never really gelled with the Fujifilm X-M1 was because of the lack of viewfinder.  But then the X-M1 was bigger…..and didn’t have the X-Trans II Sensor.

I’ll give it a try I thought.

And you know what, I have learnt to really like the LCD shooting experience of the X70.  I’m not a hundred percent convinced I wouldn’t prefer a viewfinder as at least an option, but obviously one of the reasons this camera is so small is because of the removal of the viewfinder.

Instead of the traditional way of shooting, in the X70, you have a remarkably versatile tilting screen, which even tilts vertically above the camera to allow you to take “selfies”.

When shooting with the X100T I have to use the viewfinder, or shoot from the hip using a zone focus technique.

I can still use zone focusing with the X70 of course, but the benefit of the flip down screen is plain to see.  Additionally, the X70 implements some neat touch screen features where you can use your finger to very quickly touch, focus & shoot.

That’s a great advantage when out on the street shooting.

“I adore elderly people holding hands and I strive to look for pictures like that.
Pretty much, I just want to be like that with my wife when I’m elderly too.”

Which camera would I use?

This is the question I’ve been asking myself a lot.  When would I use one over the other?  And I actually sat down and came up with a list of scenarios where I would use either the X100T or the X70.

In really low light I’m going to need the X100T.  I don’t use flash, and I find that I use the Optical Viewfinder on the X100T a lot when shooting in low light.

For that reason, and also because of the build and form factor, the X100T will remain one of my primary cameras as a wedding photographer.

However, the X70 really comes into its own when I pick up a camera to go and shoot street photography.

In fact, for me, its superseded all other cameras in the range when it comes to shooting on the street.

I like to get in close and I like to observe and prepare to shoot.  Unless I need to use different lenses (for example, I may use a MF lens on the X-Pro2 or X-T10 for rapid zone focusing and shooting), the X70 is an ideal camera for shooting on the street.

The fact that you don’t even have to press the shutter button is a marvellous thing in itself and lends the camera perfectly to candid street shooting.

The X70 isn’t going to replace my X100T, but at the same time, my X100T will be a lot less active for my personal and street photography work.

“These images below were shot using Auto Focus, at F2.8 without the flip screen down.
Simply pointing and shooting from the hip.
One handed (as the other was occupied with Guinness at the time).”