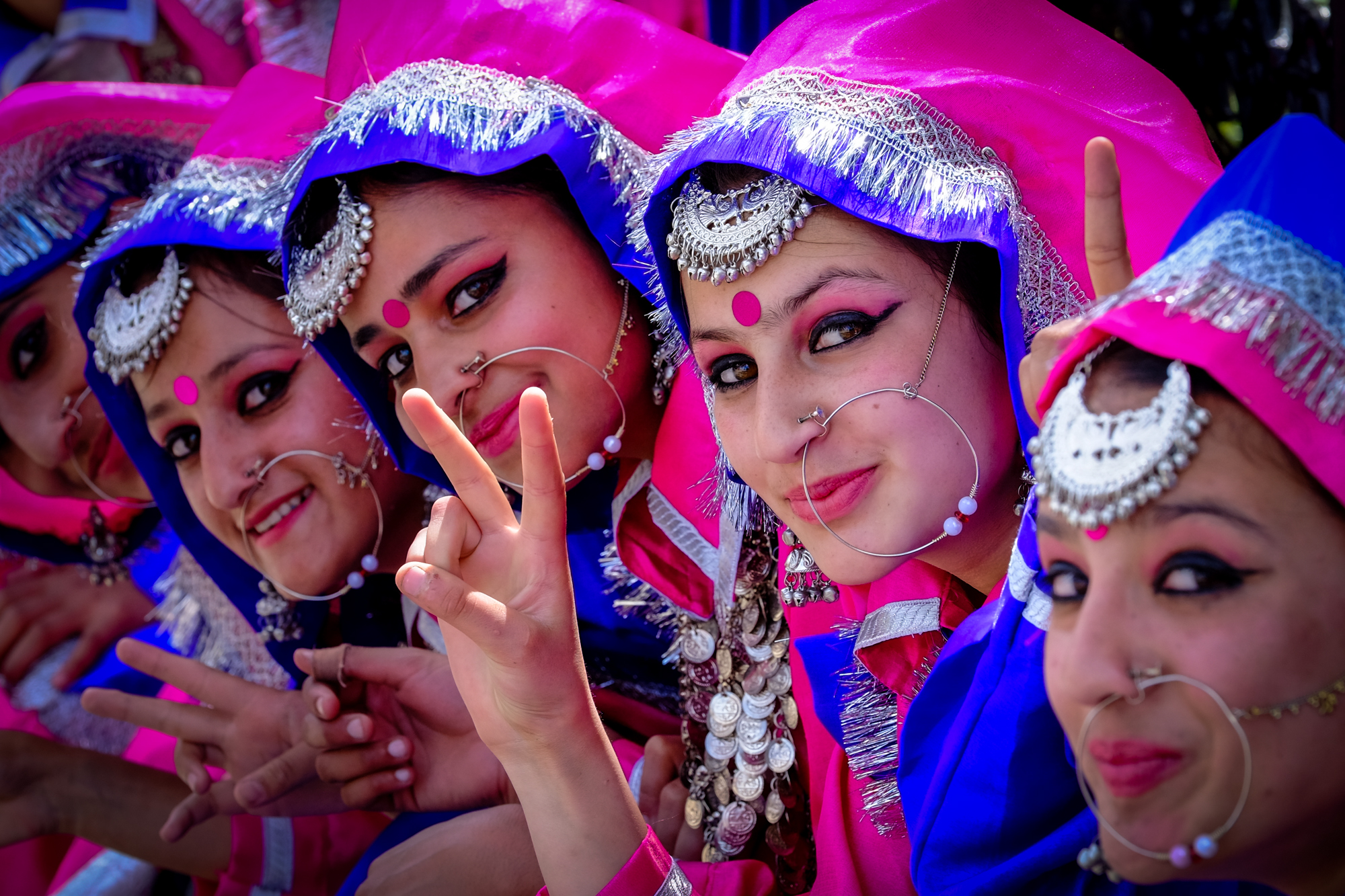 This is a two part blog into the adventures of Tom Corban and his trip through North & Northwest India, if you missed the original post you can view it here.

As the trip went on and the temperature increased, I appreciated not having a rucksack covering my back. I began to realise that I was missing something. It was really brought home to me when we went north into the Himalayas to do some mountain biking. We were cycling downhill on a narrow bumpy mud track with a steep cliff face going up on one side and a sheer drop of over 1 kilometre on the other and I realised that there is only so much weight you want bouncing around on you, irrespective of how you are carrying it. I started fantasizing about my X-E2 with its kit lens, but more about that later.

One of the nice things about this trip was that it was a holiday. There was no pressure and no deadline for any images. This gave me the chance to experiment with the Fuji kit without worrying about making any errors. It may sound unprofessional to some people but I have been so impressed by the Fuji Jpegs that I now rarely shoot RAW files. I had not really explored the various film settings and tended to use the Standard and Velvia settings almost exclusively. Having now experimented with the film settings, I am developing a soft spot for the Black and white with a yellow (or in some instances red) filter and I have found that in the right setting the Chrome can be stunning. I had an almost childish delight in finding out what the camera could do.

We had decided to limit our travel to the north and north west of the country, travelling by train, bus and in the more remote areas, camel and 4 wheel drive. I was interested to see how the Fuji kit stood up to the rigour of travel and how it performed in some challenging environments. I was aware that my photography had already changed as a result of using Fuji cameras but it became much more noticeable on this trip. I made fewer images and I have become, on the whole, slower.  This is not a bad thing as I find that I am getting the results I want with the Jpegs straight out of the camera.

Slower behind the camera and then less time in front of the computer suits me well. I have also found that I have fewer “technical” rejects. I find that the focusing on the X-T1 is not as fast as the Canon 5D mk 3 so in some circumstances I have more out of focus shots than I would expect. However, for me this is more than made up for by the fact that I have far fewer unsharp photographs caused by camera shake in low light settings because of the wider aperture of the Fuji lenses, the lack of a mirror and the vibration it causes and the ease of holding the camera steady.

Perhaps if I were doing a lot of fast action work I would be more tempted to use the full frame camera but as things stand the Fuji suits me fine.

In low light settings such as religious services in Varanasi, the Fuji kit showed its strengths. Wonderfully sharp lenses and a camera that I could hold in my hands at slow shutter speeds.

The weather sealing stood up well in some difficult situations with temperatures of over 50 C in the desert and below freezing in the Himalayas, as well as rain, sand and huge amounts of fine powder dye during the Holi celebrations in Jaipur. There was a little wear on the camera body and the rubber cover that protects the HDMI, remote release and USB sockets has become a little misshapen with the heat but it’s a solid body built to last.

Did I make the right decision to take the Fuji Kit with me on this trip?

Absolutely. It’s a joy to use. The full kit fitted into a small waist bag with the lens hoods still on the lenses, I had no difficulty keeping the sensor clean, the Jpegs were wonderful straight out of the camera and the film simulations are good (I mean really good). I can also hold it in my hands at low shutter speeds, the lenses are sharp and I had no trouble with chromatic aberrations.

With a kit that performed like that, what more could I possibly want?

Well my X-E2 with its kit lens really.

I said earlier that we had been lucky on this trip. Whilst that’s true, we did have some difficult times. We had a bag with my Fuji X-E2 and Jo’s phone in it stolen on a sleeper train from Varanasi to Agra. I had taken my X-E2 on a various trips around Europe during the past couple of years and was really fond of it. It was the sort of camera and lens combination that you could carry unobtrusively and I loved wandering around new cities with it. Heat, rain, fog – just tuck it under your jacket. As our India trip went on, I found myself wanting it as a second camera.  I know that this sounds a bit excessive but the option of occasionally leaving the full kit in the hotel and just spending some time wandering around with a smaller, lighter camera and the kit lens was very appealing and certainly would have been useful when we were cycling.

It had never been an option before as there was never anywhere secure that was large enough to lock up my full frame camera and lenses and, as a result, I would carry everything with me all the time. You do get used to it but it’s an ongoing nuisance and wonderfully liberating when you get home and don’t have to carry a heavy bag everywhere. To my delight, I found that the small safes that hotels all over the world use was large enough to fit all my Fuji kit in and still leave room for a backup hard drive and a few other odds and ends.

It’s a real game changer as it gives me the option of going out with the full kit or just the X-E2. Well it would give me that option if someone had not stolen the X-E2!  I will clearly have to replace it. Mind you I have not seen the X Pro2 yet but it certainly looks good on paper and the reviews are encouraging. Now, back in England, I find myself wondering if the X Pro2 will be the camera that finally makes me sell my Canon kit and move to Fuji completely.