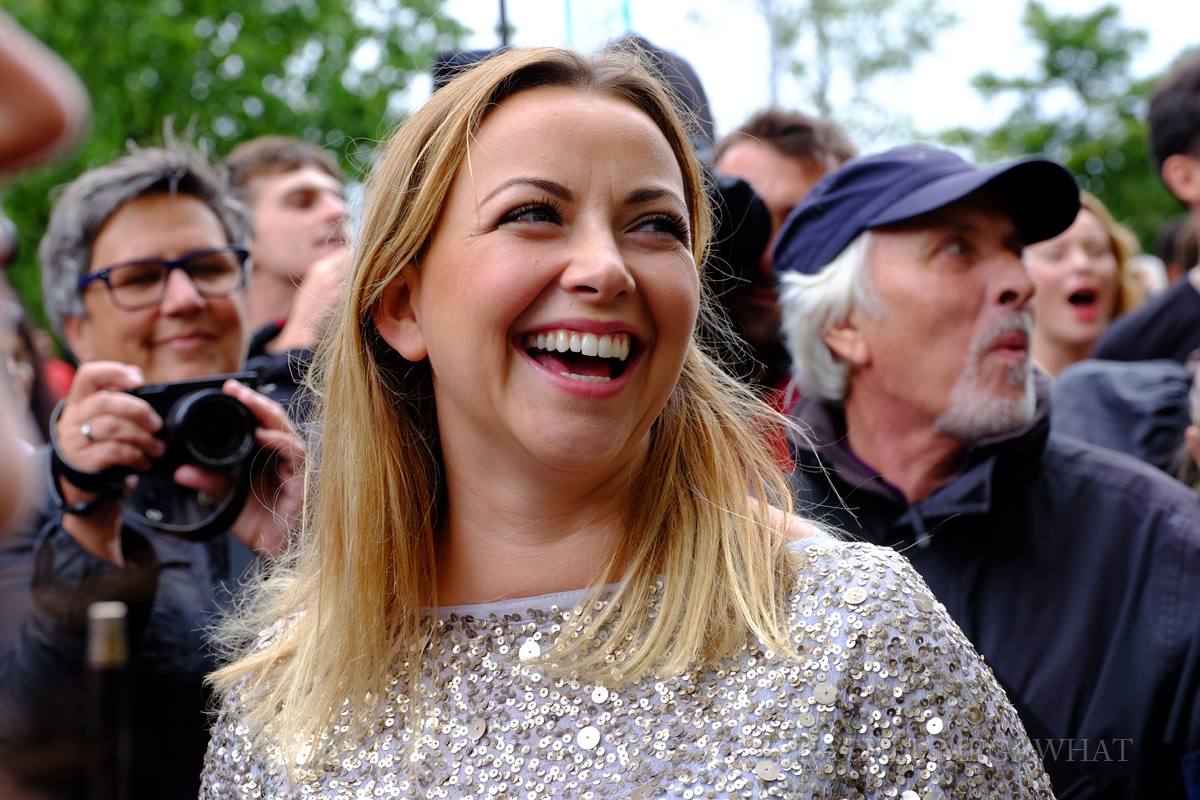 I began using Fuji cameras at the beginning of 2013. I had begun my photographic career in the days of film, primarily working as a studio fashion and portrait photographer. Through a lot of the time of digital I had been raising a family and working on fine art projects using film  but in 2013 I decided it was time to get a really great new digital camera. The Fujis were suggested to me and I just felt comfortable with them straight away- not least because of the familiar velvia and provia settings. Initially I got a X-E1 and did so much work with that that that I later got an X-T1 as well. I feel that much of the work I have done over the last two years has happened because I am so comfortable with these cameras.

I really love this lens.

I am a photographer not a writer so the best way to explain it is probably by showing some of the pictures I have taken with the lens.

On VJ day 70th anniversary after photographing the Queen arriving at the Church service, using a longer lens, I had switched back to the 16-55 as the Royal car drove past- given the heightened security it was not made clear which route she would be driving so I was lucky she drove past.

The image on the left is shot at 16mm and then zoomed in to 38mm for the shot on the right. The reflection on her face is a bit unfortunate but I love the way her hand is rested on Philip’s knee.

Last year there was a lot of focus on the Labour party and I covered a bit of this with the 16-55. L-R, Mr Corbyn arriving at the announcement of the Leadership Election, Yvette Cooper in a lift on the way to make a speech and Gordon Brown giving the speech where he walked over a mile, a real test of the camera’s autofocus speed as he literally didn’t stand still.

Like most photographers I see no reason to leave the camera at home if I go away for the weekend so I had the Fuji with me when I went to Weston-Super-Mare to visit Dismaland. It was one of the least dismal days of the year, and gave me the chance to test the lens for landscape shots.

I also tested out the low light action with left: Fat Boy Slim and right: Run The Jewels

One job which is always a welcome break from politicians is the London Zoo photocall. In August they weigh the animals and invite news photographer’s along to record it. This tiny frog was a nice test of the close up capabilities of the 16-55.

I quite often photograph celebrities, often campaigning and this month has seen its fair share with Charlotte Church and Emma Thompson for Greenpeace and Brian May for Badgers

All in all the 16-55mm has dealt with everything I’ve needed it to do, I quickly got used to the extra weight and I would recommend it to anyone.