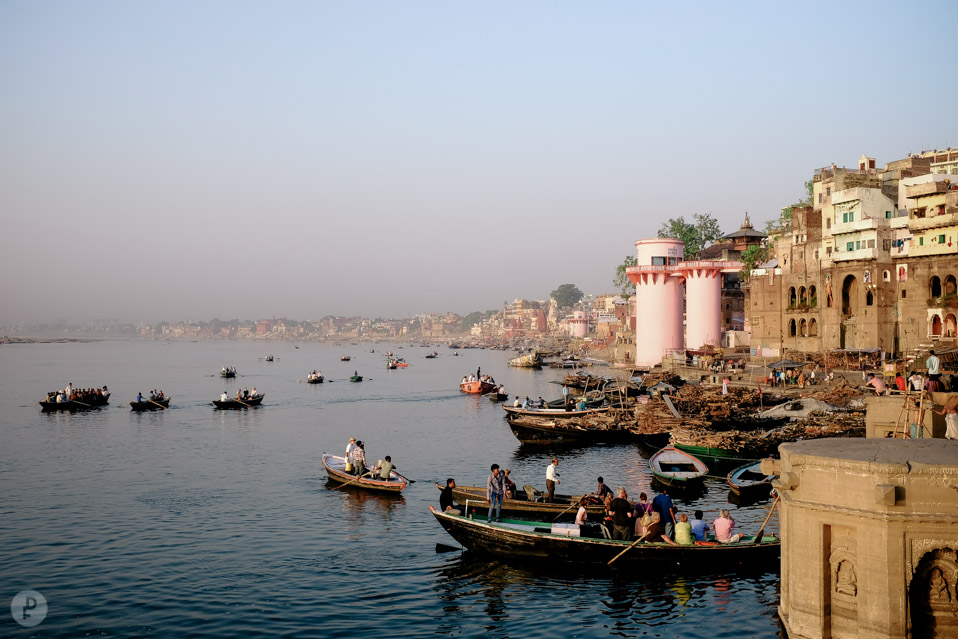 During the first half of 2014, I decided to pack my bags, say goodbye to what I knew as ‘life’ and spend 3 months traveling around Northern India. This blog is to share my journey with you. All my images were shot on the FUJIFILM X100S and processed in Lightroom.

Varanasi, or ‘the holy city of India‘ sits on the banks of the river Ganges, in Uttar Pradesh. Varanasi (or Banaras) is known for being the most spiritual part of India, and this is reflected by the amount of devotees attending various religious ceremonies every day. Some Hindus believe that death at Varanasi brings salvation. It became my home for 6 weeks, and this is my experience of it.

My entire trip was somewhat based around a 6 week stay volunteering in Varanasi. Allow me to backtrack for a moment and explain:

A year before arriving in India I was going through a bit of a rough time, and decided that I needed something to focus on; something new, exciting and adventurous. It had been 5 years since I had last strapped on my backpack and been for a ‘big trip’. As I had always wanted to visit India, and always wanted to volunteer, I began googling ‘volunteering in India’. After getting over the shock of the extortionate price asked by many charities to volunteer, I added in the keyword ‘Free’ to my Google search. After reading through a few posts, I found an article titled ‘top 1o places to volunteer for free, in India’ (or something along those lines). At last I found a company called Fairmail. In a nutshell, Fairmail works with children from disadvantaged backgrounds, trains them in photography, encourages them to explore their creativity and take photos which are in turn made into greeting cards and sold worldwide. The children receive a percentage of the sales, which pays for their education, housing, medical etc.

I applied to become a volunteer there, and joined the 12 month waiting list.

Fast forward 12 months and I step off an 18 hr train journey tired and hungry (I had forgotten to bring snacks so had bought some spicy bombay mix which served me as lunch, dinner and breakfast).

I was met by Dhiraj, a former student and one of the managers of Fairmail Varanasi. As we were driving to my guesthouse, the first thing which hit me was the apparent lack of any kind of road rules. I had felt the same way when I first arrived in Delhi, but this was next level when it came to driving. The roads were a mess of rickshaws, excrement, bikes, potholes and goats.

It took quite a few days to adapt to the pace of Varanasi. I remember constantly being on edge as I walked around during the first few days, as at any one time you could: Get charged by a cow/get run down by a car, motorbike or rickshaw. This was mixed with the constant loud noise of the traffic,  the ceaseless bombardment of flies, and the heat (which reached a scorching 47°C while I was there. Let that settle in for a moment. Forty seven degrees). Varanasi is not the place to go and relax.

I’m aware that I may be sounding negative, but for all the stresses and difficulties faced, there were many moments of beauty.

The city sits on the banks of the ‘holy river’ – the Ganga. Each morning devotees awake early to bathe in the river and each night, Aarti is performed, where priests perform music while burning incense in front of the eyes of hundreds of followers. It is truly a beautiful sight.

The first 3 weeks of my stay were spent in a guest house in Assi Ghat (Ghats are essentially temples, which line the Ganges river). During my last 3 weeks, I decided to move into the Fairmail office, in Nagwa (a village to the south of the Ghats). My experience here was great, as it allowed me to glimpse into the lives of those living in this area. As I was living in the office, I was also able to spend much more time with my students of Fairmail.

My experience volunteering at Fairmail was also excellent. Alongside other volunteers, we taught the students lots of useful tips for taking better photos. One thing which I contributed was the use of flash photography in their work.

I highly recommend a visit to Varanasi for anyone visiting India. Be prepared for a total bombardment of all your senses, but once you adapt to the pace of life, you might learn to love it.

See more of my work here.