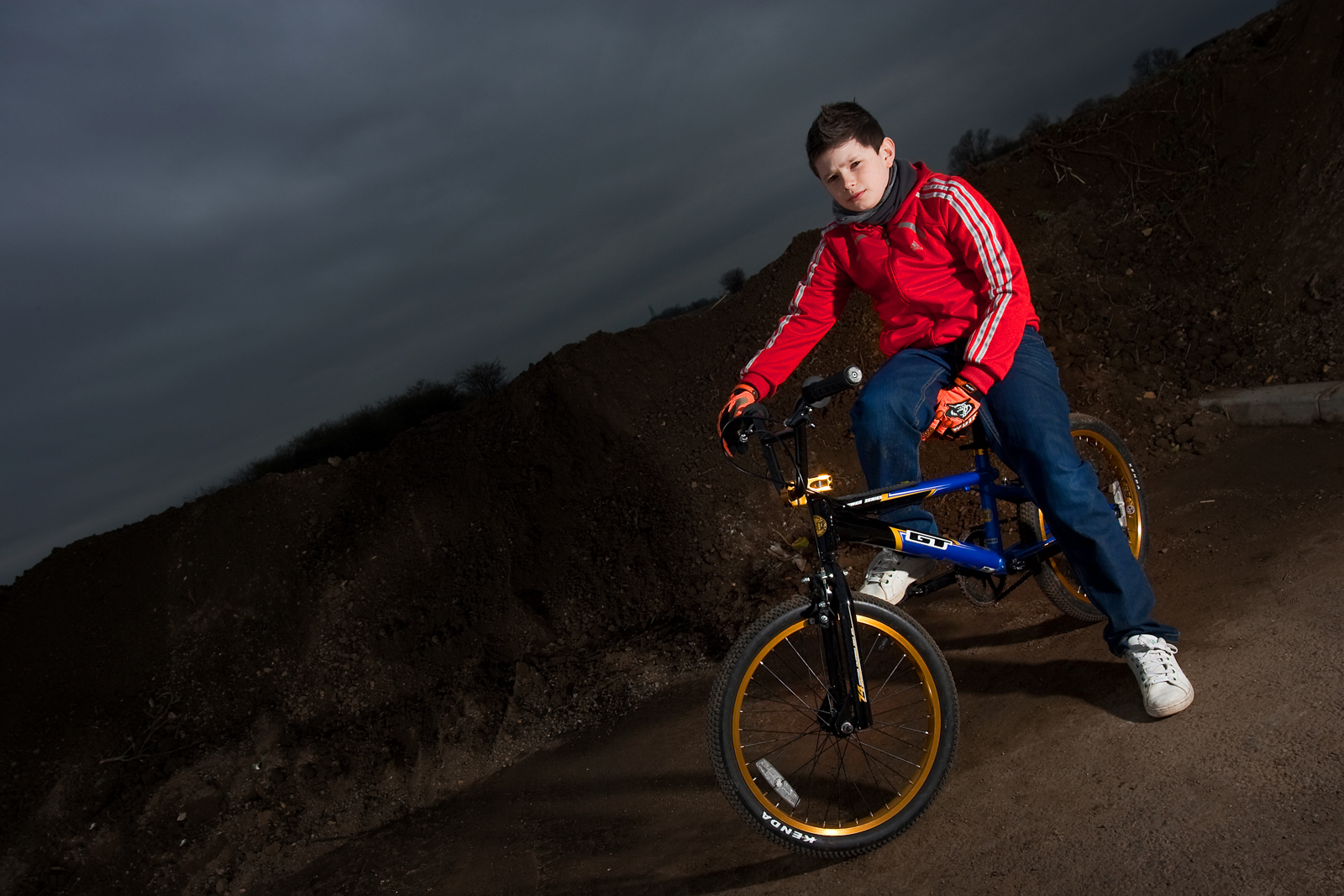 So how do you get on with using flash? If you’re like 90% of the world’s photographers the answer to that will be ‘pretty badly’. You’re never quite sure what it’s up to, never feel fully in control of what’s going on and are never completely happy with the results you get. And that’s a shame because, when you come to think about it, flash is the most controllable light source you have at your disposal. You can fire it when you want, put out lots of power (or very little) and you can even shape or colour the light. Just imagine what brilliant landscape photographers we’d all be if we had the same amount of control over daylight! So, flash isn’t the bad news that many photographers consider it to be, it’s simply a question of learning the functions you have at your disposal and how to bend them to your creative will.

No doubt, after the rousing words of my opening paragraph you’ll be wanting to get to grips with multiple flash set ups right from the off. But that’s a little like competing in the 100m at the Olympics before you can walk. Let’s ease you in more gently by giving you an overview of the flash features you have at your disposal on a Fujifilm X-series camera and when you might press them into service. In this particular case, I’m heading to the Flash Set-Up menu on an X-T10.

Within that menu you’ll find the Flash Mode option, which gives you five choices: Forced Flash, Slow Synchro, 2nd Curtain Sync, Commander and Suppressed Flash. The last option is perhaps the most obvious; selecting Suppressed Flash means the flash won’t fire even if it’s popped up ready for action, nor will a hot-shoe flash fire if it’s attached to the camera and switched on. But seeing as this a guide to firing the flash, we best move on.

Forced Flash is the polar opposite of Suppressed Flash. As long as the integral unit is flipped up or a hot-shoe flash is attached and switched on, the flash will fire on every shot, irrespective of how bright the light in the scene is. This may sound a little odd, but you’re actually most likely to use this mode in bright daylight for a technique called fill-in flash. This is where you ‘fill-in’ shadows – typically in a portrait – with a low powered burst of flash, which is achieved by combining Forced Flash and the Flash Compensation mode. Take a look at the two shots above. The one on the left is taken without flash. It’s OK, but the subject’s face is in shadow. By using Forced Flash and -1 Flash Compensation, we got a lower powered burst of flash that filled in the shadowy area and put a nice catchlight in our subject’s eyes.

Next on the menu is Slow Synchro, which is used to add a touch of dynamism to action images or to shoot portraits in low light conditions. Selecting this function and a slower shutter speed produces the sort of image you see above on action shots. Panning the camera during the exposure introduces the blur, but then the burst of flash momentarily freezes the subject so you get this look. The shutter speed doesn’t have to be too slow – the shot above was taken at 1/8sec, but it adds an extra dimension to your shots.

Equally, using Slow Synchro can help capture more ambient light in low light conditions. Take a straight shot with flash at night and you’ll end up with a shot like the one below left – rather dull. Use Slow Synchro and the longer exposure ensures the background appears while the flash illuminates your subject perfectly. In this case you’ll need to keep both the camera and the subject still – we’d recommend a tripod and a head brace. Ok, maybe just the tripod.

Note: It’s worth noting that Slow Synchro is only available on the menu in aperture-priority and program exposure modes. If you want to combine a slow shutter speed in shutter-priority or manual modes you still can – just switch to Forced Flash and select the shutter speed you require.

Note: When using 2nd Curtain Sync with a built in or hot-shoe flashgun, two bursts of flash will fire. The first at the beginning of the exposure, is purely designed for the camera to get an exposure assessment and does not effect the actual exposure. The second flash, at the end of the exposure, is the one that actually illuminates the subject.

Finally, we have the Commander mode, where you can use the camera’s integral flash to fire a second flash away from the camera. This is used for more creative on-location effects, like the one below. It’s simple enough to do and produces professional looking results.

So that’s the top line when it comes to shooting flash. Hopefully, this top-line introduction has armed you with enough information to start getting to grips with the flash modes you have available. But we’ll be going into more detail on each of these techniques in subsequent blogs over the next few weeks.