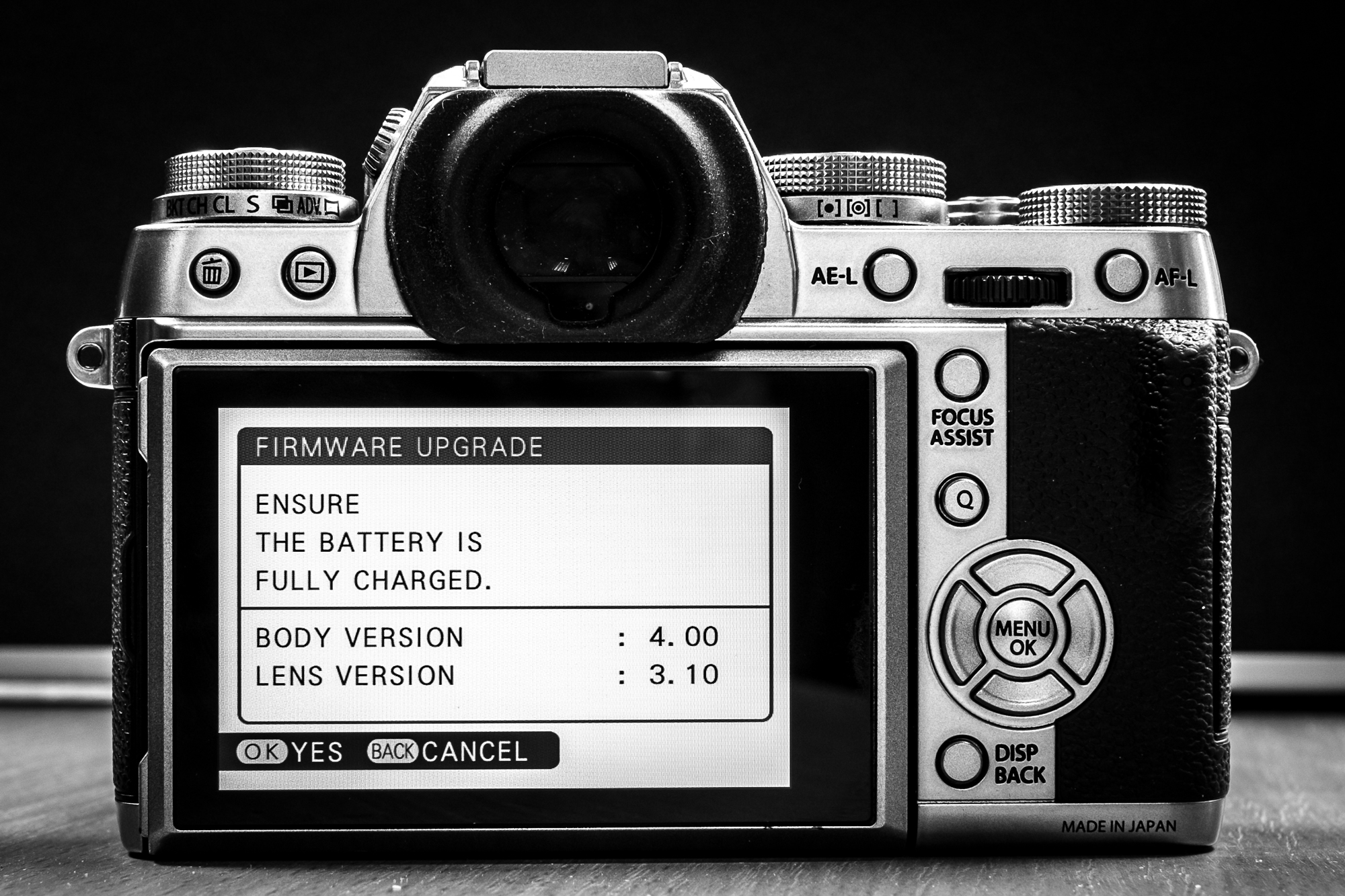 Well it finally arrived. The firmware update we’ve all been looking forward to for the Fujifilm X-T1 digital camera.

So what does it actually change?

Glad you asked! Here’s a video by Billy from The Fuji Guys where he demonstrates all of the new improvements found in the update.

Another great question. Thanks for keeping up. Well I’ve been using it myself for a while and really like it. I could chew your ear off about what I think about it but I’m not an actual working professional photographer, so I’m not going to see it in the same way as you might. Coupled with the fact that I work for Fujifilm, you’d expect me to simply tell you that it’s great.

So instead, here’s a selection of working professional photographers that have tried the Firmware in their own shooting environments and posted their respective findings.

Damien is a professional portrait photographer from the UK. He left his role as a cameraman and lighting director at the BBC back in 1998 after 14 successful years to create the renowned Lovegrove Weddings partnership with his wife Julie. Together they shot over 400 top weddings for discerning clients worldwide. In 2008 Damien turned his hand to shooting beauty and portraiture and has since amassed a dedicated following for his distinctive art. Damien now divides his time between teaching the next generation of photographers and photographing personal projects.

After a day shooting with with one X-T1 running 3.11, and one running 4.00, here are his findings and an extensive review of the new X-T1 firmware V4 including tips on some real gems of features that have not made the headlines.

When I was asked for my opinions on version 4 of the X-T1 firmware I was a little scared and excited in equal measure. Excited because the opportunity to shoot in a more dynamic style is quite appealing. Scary because relearning shooting procedures is never easy.

I’ve never been one to shy away from innovation and I’m certainly not a luddite when it comes to tech so I jumped at the chance. Here are my findings.

British motorsport photographer Jeff Carter has been using Fujifilm cameras for his work for over 20 years, going right back to the wonderfully lightweight and versatile GA645 medium format film cameras, but it was the X100 that he bought in 2012 that changed the way he worked. Here was a small, discreet camera that allowed him to take the images he needed for his work in and around the paddock.

He took an X-T1 with FW4 to the recent Le Mans 24 Hours event and here is his account.

Firmware 4.0 has transformed the X-T1. I recently tested the new autofocus at the 24 Hours of Le Mans, the world’s greatest endurance race and the biggest challenge for man and machine.

This proved to be the perfect test ground for the X-T1’s new AF system and it wasn’t found wanting.

This time around the Fujifilm firmware buzz really hit the roof, with claims of an all new autofocus system that would practically give existing X-T1 owners a brand new camera. Bold claims indeed.

Claims not only made by those saying they had gotten hold of rogue and secret beta versions of the firmware, but also claims made by Fujifilm themselves in their marketing teasers.

If you already own an X-T1, I’m sure by the time you get to this point your camera will already have version 4 installed and ready to go. Hopefully you will find it as good as these guys did.

If you don’t already own an X-T1, hopefully these photographer’s reviews will be that final push to persuade you to take the plunge and try it for yourself. Hoping to welcome you to the Fuji family soon!