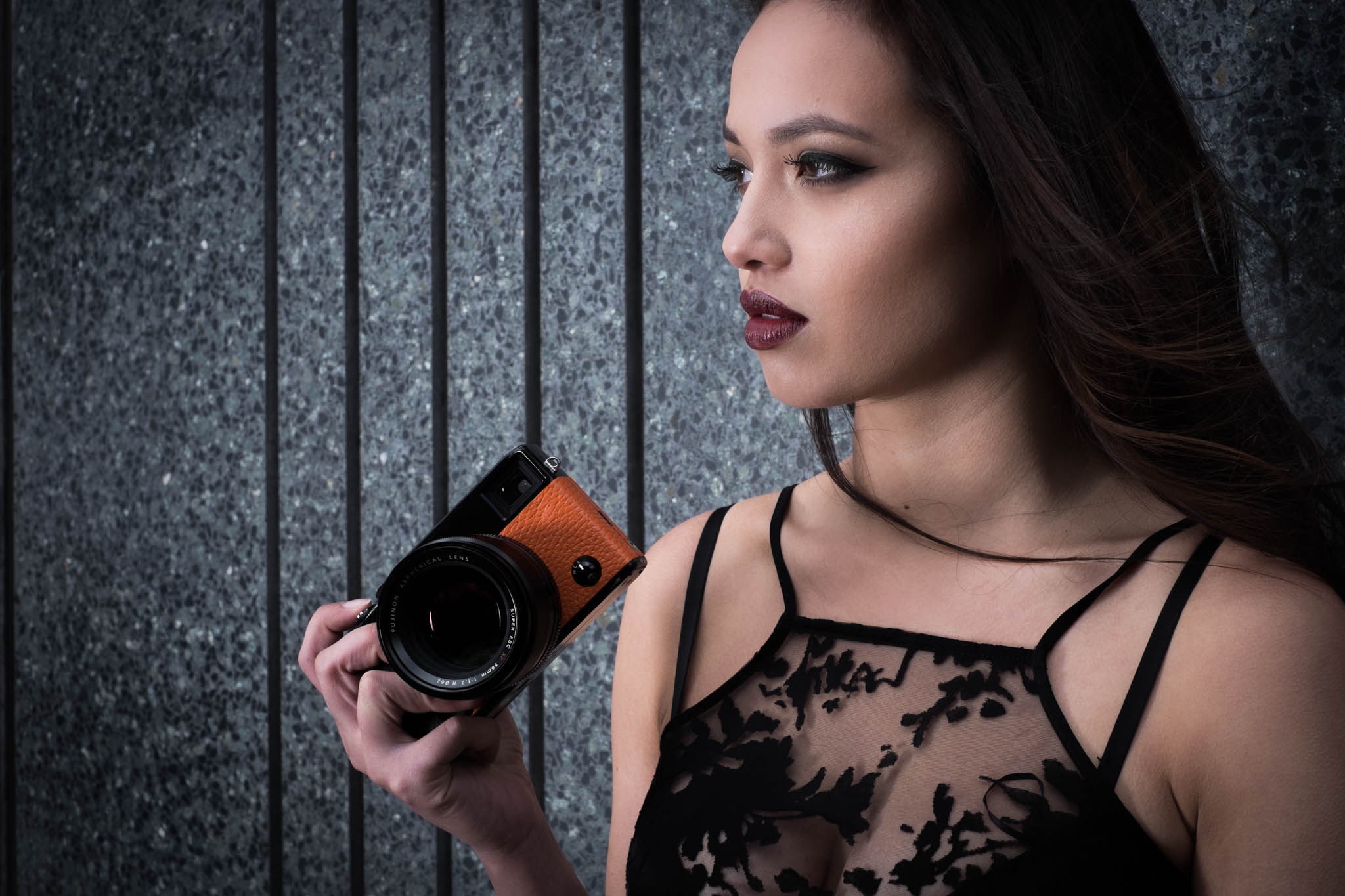 Tell us about yourself and what got you into photography? How did you develop your style in photography?

I’ve been interested in photography since I was young. I always had a fascination with images and imagery and would love to be able to draw, but I just couldn’t do it so photography became my outlet for getting images onto the page. Developing a style is something I’ve written about in the past and I think it is a trap I think a lot of people fall into, myself included, whereby we try hard to develop a particular style that we think will make us stand out. The problem is that whilst you’re trying to develop that style you end up jumping from one thing to the other with no real direction. I’ve found that by just doing what I like my own natural preference for shooting comes out in the end, which then organically becomes your “style”.

I sometimes like to use the lighting equipment as an element in a shot, even deliberately put it into the shot and work with it. I’ve had a number of criticisms for it online, but it’s what I like to do and eventually has become a part of my style. I don’t really care what others think if I like the image myself.

Why did you choose Fujifilm cameras?

Initially I was looking for a complement to my Nikon dSLR that I could carry around every day, mainly for pictures of family when the Nikon would just get in the way.  I went through series of mirrorless cameras until I picked up the X100, which instantly had me hooked.  I purchased the X-Pro1 as soon as it came out, it came with me on jobs, and I soon realised that I wasn’t using my dSLR any more and sold all my dSLR gear.  Since then I find using mirrorless, and the Fujifilm X-Series in particular, a much more natural way to shoot.  It made me slow down and think before I took an image, it means I shoot far fewer frames, but keep many more of them.  I actually find it quite an awkward experience going back to shooting with a dSLR if I ever pick one up these days.  Live preview, and in particular an instant image preview without having to take your eye from the viewfinder makes for a much smoother shooting experience.

Do you have a photographic philosophy you live by?

Shoot what you enjoy. For me photography is a passion, if I was forced to shoot things I didn’t like just to earn money I would no longer want to do it. I’d rather be a part-time photographer and enjoy what I did than be full-time and moan about it. If I ever became a full-time photographer I’d have to specialise in a field that I wanted to shoot in and work hard until I was well known enough to only shoot those types of images.

Photography for me is a never ending journey of improvement, if you’re not improving then you’ll get left behind. I see shots I took even just a year ago and find them difficult to look at as I find so many elements in them that I know I could have done better if I shot them now. That’s not necessarily a bad thing because if I ever get to the point that I’m comfortable then I’m pretty sure I would soon get bored.

Key inspirations – What & who inspires you?

The people who inspire me have changed over the years, and it very much depends on what type of thing I’m doing, there are far too many to mention. My real passion is environmental portraiture, initially that was in a reportage style, but I tend to prefer to set things up now and shoot with portable studio flash or speedlights. My current inspiration comes from a variety of photographers who really understand and know how to control light, Tim Wallace, Damien Lovegrove and others, but there are many amazing images shot by amateurs. You only have to look through Flickr or 500px to see images that in many cases are better than a great number of full-time professionals.

Although it can be hard, I try not to simply copy what others are doing, but use their work as inspiration for my own.

Do you have any tips or tricks you could share with us?

I’m a strong believer in educating yourself. I spend a lot of time looking at images, reading and learning about photography. Workshops, reading and watching videos online have proven to be the most useful things I’ve done. Before you go out and buy something that you think will help you improve, learn to use what you have and then you will understand better why you need that new camera or lens rather than buying it thinking it will improve your photography. I’m good with the technical, but struggle with the artistic side of things. Zack Arias told me a couple of years ago to set myself small projects and run with that for a while, shooting only lines, circles, or only things that a red, then only red lines, etc. It does help.

Take as little with you as possible when you do shoot. For personal projects I rarely take more than one camera and one lens with me. Not only will you be thankful by the end of the day that you didn’t carry around a bag full of gear, but you will have spent more time taking photographs because you’re not concerned with which camera or lens combination to choose as you have no choice! That lack of choice also forces you to sometimes think outside of the box and get a more interesting shot than you otherwise would not have taken. The landscape below was shot with a 75mm equivalent lens. Not a traditional Lake District landscape shot, but personally I feel it is more interesting.

Finally, you don’t need to show off every image you take. When starting out and you don’t have a lot to show off it is tempting, and I used to post up a huge gallery of images from a shoot just to get stuff out there, you’ll regret that later! These days I may only even put one single image from a shoot into my portfolio.  It only takes one great image to capture the imagination of a client, a whole page will just confuse them.  Sometimes I may not even post up anything from a shoot at all, but that doesn’t mean I didn’t learn something from doing it. If I’m making up a gallery from a shoot I try to limit it to the best 5-6 images.

What’s next for you?

Not long ago I realised that many of the images in my portfolio were old and out of date, often without much cohesion. I’ve been working hard on personal projects aimed at refreshing my portfolio over the past year or so, deleting and weeding out the old and replacing them with new images. I’m getting there, but there are a few more ideas I have before it is at the point I’m aiming for, so I’ll be busy planning and shooting those. Planning a shoot is one of the most important aspects for me and I often use Pinterest boards to pull an idea together.

Once that is done it’s going to be about getting my updated portfolio of images out there and in front of people who can offer me more paid work. I’m also planning another series of workshops around the country based on using the Fujifilm X-Series cameras with off-camera flash for on-location shooting.