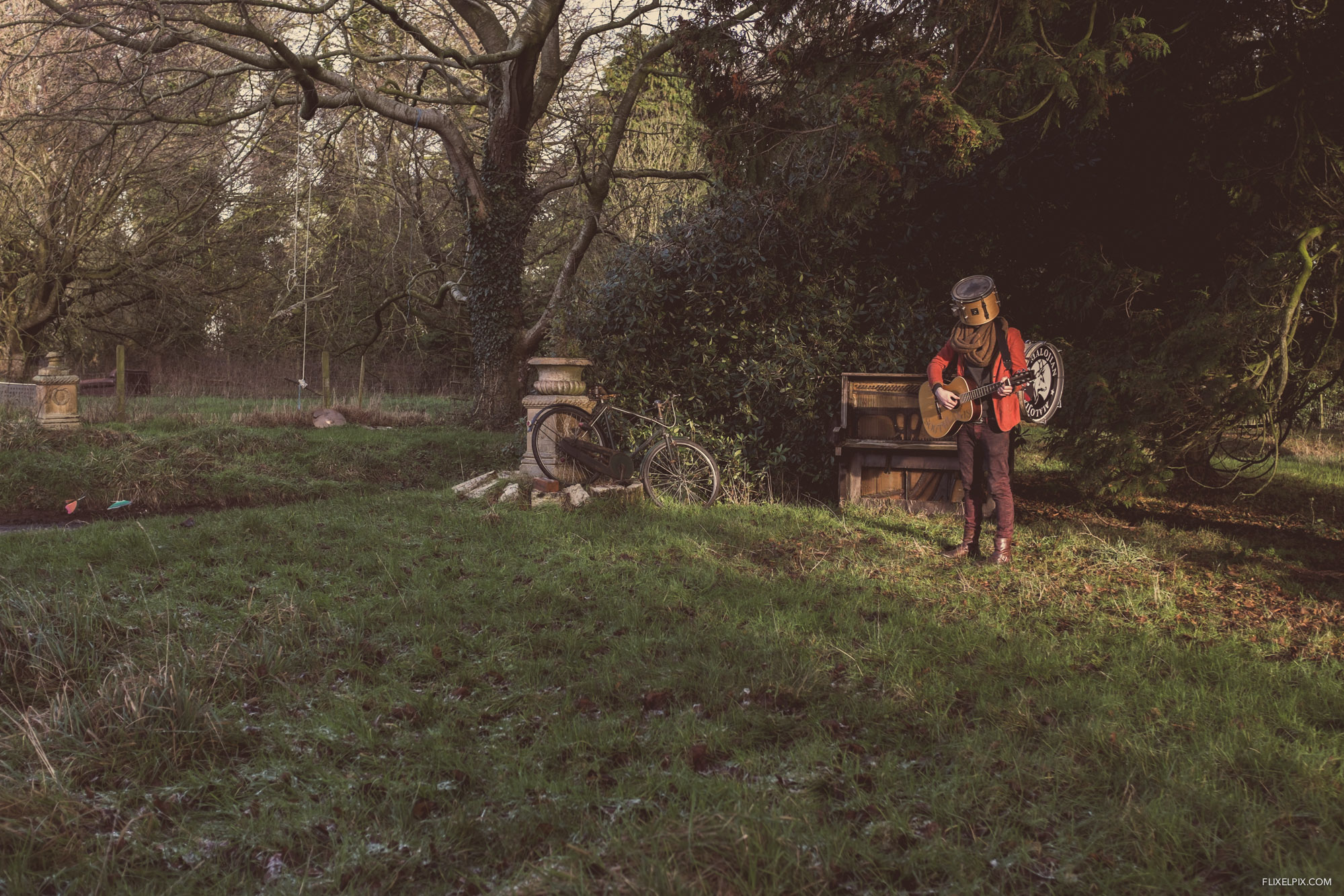 There is an area just outside the city of Lisburn, Northern Ireland that seems to cultivate musical talent. Millbank studios on the ‘Maze’ side of the city is the home studio of the likes of Mojo Fury, Rams’ Pocket Radio and Run Away Go (if you haven’t heard of them then you really need to Google).

It was a cold morning in late December and I was tasked to capture the cover image for one of Gary Lightbody’s favourite folk pop artists, Stephen Scullion aka ‘Malojian’.

There was lots of freedom in the concept design but I knew I wanted to create an image that would give the viewer something not only to look at but also to study.

Millbank studios is like a throw back to the recording studios of the 1960s and 70s, old pianos quietly rot from writing sessions the previous summer it is impossible to visit the studio and not be creative, it was easy to build the concept from the location. I took my X100T on a visit to the studios late in 2014.

For the shoot we decided to try and encapsulate a slightly enchanted, musically retrospective feel and use whatever we could find to enrich the photo. We used the album’s producer Mr Michael Mormecha as the key subject and built the image around the one man band iconography.

From the name of the album subtly hidden in the image to rope ladders and flecks of snow on the ground the aim was to go back to the album covers of the 70s and 80s that were read and studied while the audience listing to the songs.

For the shoot I packed the X100T that I planned to use for capturing the main cover and I also packed the X-T1 and stunning Fujinon 56mm lens to capture some additional portraits to be used to promote the album on release.

I waited for the sun to move over the Millbank garden so I had a workable level of shadow. As the photographer I was also initially (physically) casting a shadow on the scene so the idea was to use the X100T’s wifi option to control the camera remotely via my phone.

Within 5 minutes of experimenting with a number of compositions and the re-arrangement of the various content within the frame I had captured three images that would work as the cover. The images were shot wide enough so they would work as a wrap-around cover (which will be particularly interesting for the full vinyl release).

I was able to pre-visualise the final feel for the image and knew the feel I wanted to create in Lightroom. It took around an hour to process the first image from which I created a Lightroom preset from the rest of the shoot. I was then able to sync the images accordingly.

And here is the final image: