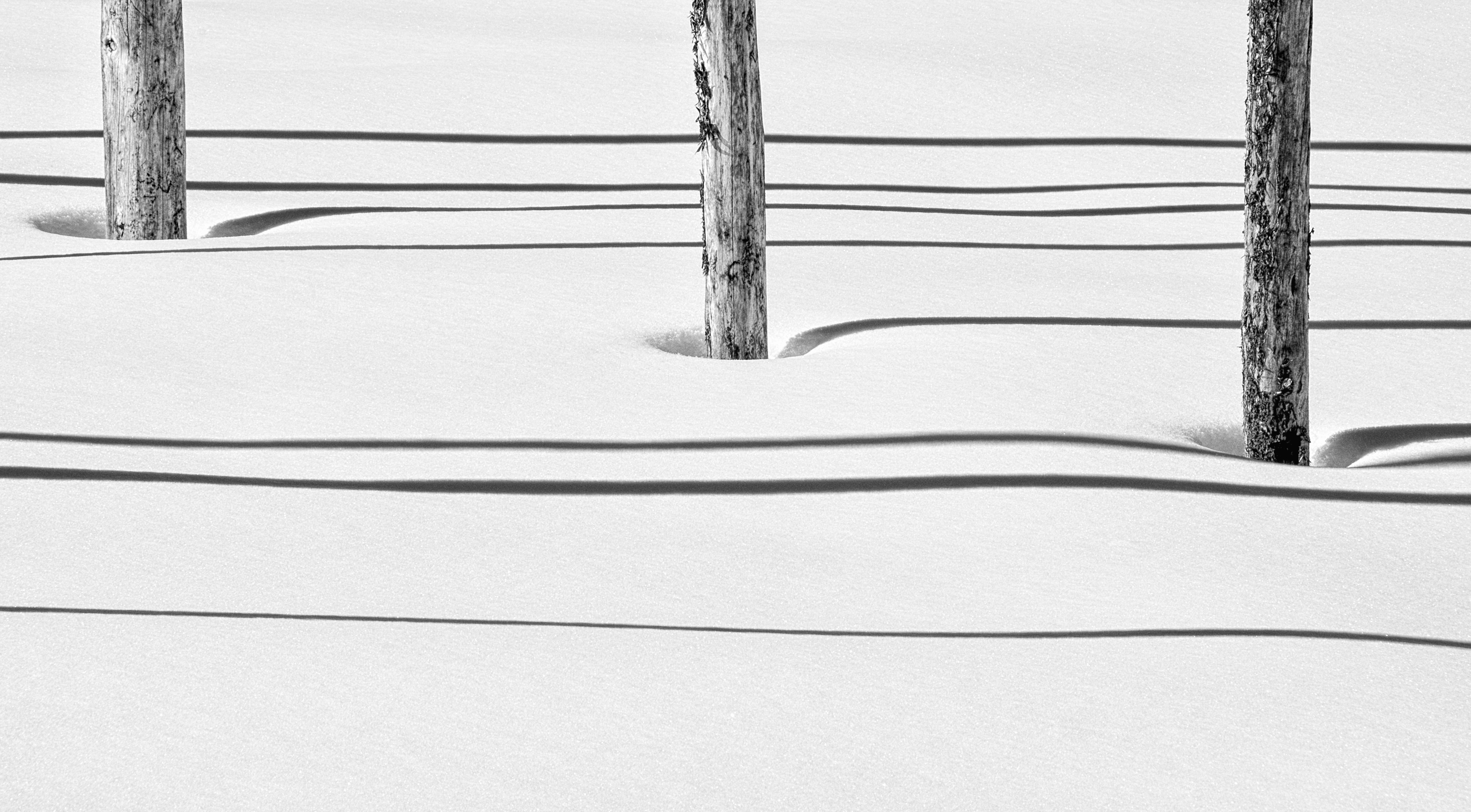 This February I was once again in Yellowstone National Park running MagicIs photographic workshops with some really extraordinary people.  Over the two weeks I learned a little about nuclear physics, banking, metallurgy, reconstructive surgery, hitech roof construction, information technology, farming and how a 12 year old boy sees the world through a camera…

In return I showed them some of the most extraordinary sights on earth and endeavoured to give them some of the skills to translate what they saw before them into images – be they wildlife, landscape, or something more abstract.

At the beginning of each course there was much talk of aperture, shutter speed, ISO and autofocus modes – the core building blocks behind understanding how your camera works.  Then came the understanding of how the technology in your camera sees the world and makes judgement on the camera’s settings – I like to think of this as “The Small Man from Japan” who lives inside our cameras and tries to guess what it is we are photographing and how it should be exposed.

Then gradually as a group we talked more about composition and in particular about understanding how we, as cognitive human beings, see the world around us.  We have our familiar tools of depth, time, framing and tone, but before we can use these we have to learn to “see”.

Every time we pick up a camera and look through the viewfinder we create an abstract – by framing our subject and capturing it in an intrinsically two dimensional device we move away from external reality and instead seek to achieve its effect using shapes, colours and textures.  Some of these abstractions can be literal and immediately recognisable for what they are, others are more ephemeral and create an impression or a feeling of what is before us that may or may not be understood by the viewer.

But there is a huge difference between “looking” and “seeing”.

When we “look” at something we think that we are taking it all in at one instant.  In fact our eyes and brains form a complex image by scanning and storing small parts at a time and assembling them into a whole.  Some parts of this are borrowed from memory and used as a stopgap until that part of the image can be scanned.  I am sure many of you will have experienced that feeling, when glimpsing at a wristwatch, that the second hand takes a few moments before it appears to move regularly – this is simply our brain applying the known static image of our watch, processing everything around it and then realising that something within the watch is moving and giving that some focus and detail. The phenomenon is called Chronostasis and gives us a fascinating glimpse into the way our visual perception actually works.

When we learn to “see” we bring many factors into play.  We can pre-visualise the way we want to represent a subject in terms of depth or time.  By understanding how the brain interprets shapes and forms we can compose our framing to help the mind’s journey through the photograph.  If we can reduce and simplify the image to tell a clearer story then we can strengthen the viewer’s emotional connection with the subject matter.

Seeing involves thought and time and is part of a process we call mindfulness – “the intentional, accepting and non-judgemental focus of one’s attention on the emotions, thoughts and sensations occurring in the present moment”.  It comes from the Buddhist meditational practice anapanasati and is widely used in the treatment of obsessive compulsive disorders, anxiety and drug addiction.  And mindfulness is a key building block in creative photography.

Let me show you an example using bison…  There are many thousands of bison in Yellowstone and they are rather wonderful animals to photograph.  No two are the same and as the weather conditions change they take on many different appearances.  For some time now I have been seeking a very specific image of a bison – one that tells as much about the animal’s habitat as it does about the animal itself, showing both the harsh environment and the creature’s strength.

By thinking about this conceptual image I now find that I see and photograph bison in a completely different way, using the camera’s tools to create abstractions that try to convey something more about the essence of bison…

This image is as much about snow as it is bison – the falling snow (rendered pin sharp by the high shutter speed) is the subject in focus, shallow depth of field and a panoramic crop gives a sense of distance to these slow lumbering beasts.

Here the focus is on the speed and power of the bison ploughing through deep snow.  The relatively slow shutter speed allows representation of movement through blur while the horizontal panning keeps just enough sharpness in the bison to show its purpose.

However neither image is the one I carry in my mind – the single image that combines everything that is “bison”.  Most likely I will never make this “perfect” image, but I will certainly keep looking for it and finding new ways to see this magnificent creature and its frozen habitat.

Abstraction and mindfulness together open the photographer’s eyes and allow us to see both the tiny detail and the wider environment – the microcosm and the macrocosm.  We become more aware of our surroundings and more attuned to our environment, and in doing so our images begin to connect with the viewer and tell a story – every photograph should tell a story…