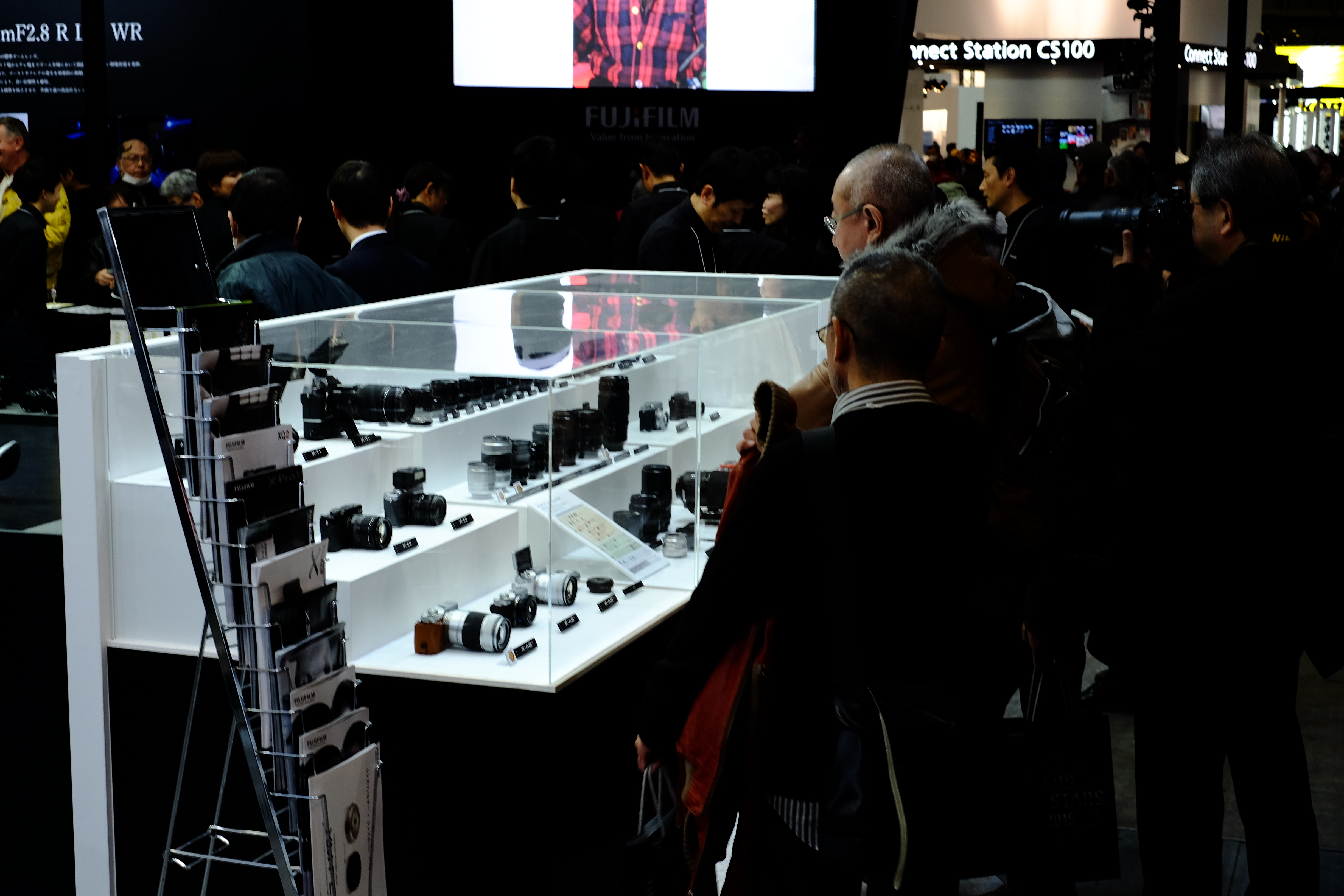 The best thing about the CP+ show last month was getting access to people I wouldn’t normally have access to. One individual I was particularly excited about meeting and interviewing was Mr Soga – the man behind arguably the best part of the Fujifilm X system – the lenses.

We spoke about the new XF16-55mmF2.8 lens, as well as the roadmap update that was announced on the 10th February 2015. Here’s how the interview went:

Could you tell us what your job covers generally?

I am in charge of the lens product brand.

Ok, so are you responsible for the lens roadmap in general and final signoff to which lenses are added?

Starting with the newest lens to hit the streets, what was the overall goal when creating the XF16-55mm lens?

Our goal was simply to achieve the best image quality possible.

And what sort of photographer would you see using this lens?

The main images we expect to see shot with this lens are landscapes, portraits and fashion images.

Is there a specific reason why the lens does not have optical image stabilisation (OIS)?

Yes, there is a trade off relationship between OIS and image quality.

Lens shift caused by OIS can sometimes be seen in this focal length, 24mm-84mm (35mm equiv.). Since we aimed to develop our best flapship zoom, we have prioritised image quality and decided not to employ OIS for this lens.

OIS needs to move the lens inside to compensate for camera shake and as a result can cause loss of resolution in the edges of the image.

In long zoom lens such as the XF50-140mmF2.8, the angle of view is narrow enough to not show this negative effect of OIS in the edges.

However, the angle of view of the XF16-55mm, when set to the widest setting, is large enough for OIS to affect resolution at the edge of the image.

Considering this trade-off, because we wanted this zoom lens to start wide at 16mm and F2.8, and we wanted to best edge-to-edge quality throughout the entire zoom range, we decided to not employ OIS.

A question I’ve been asked a lot: was there a reason for the focal length overlap between the XF16-55mm and the XF50-140mm lenses?

Moving on to the products in the recent roadmap update, this new XF35mm F2 is a very interesting product. Is it aimed as a step up lens for an XC zoom user or would this be for the high-end Street & Reportage photographers?

This lens is aimed towards the professional or serious amateur photographer that wants to increase the mobility and speed of their photography. With the original XF35mm f1.4 lens, its speed was not as efficient due to its many lens elements moving together.

So this new lens would have increased focusing speed?

Yes that’s correct. We wanted to make a lens that could be the next step for a photographer who already knows and loves the quality of the XF lenses. We think of this lens as a mobility lens due to its clever design.

I understand that the newly announced XF1.4x tele-converter is not compatible with all of the existing lenses. Is there a reason for this?

Due the ergonomics of the converter, it physically will not allow other lenses to attach.

Are there plans to create other sizes? For example a 1.6x or 2x?

This is very much a possibility, we may create a 2x converter in the future although this has not been confirmed.

Do you know what the aperture options are for the XF100-400mm?

This is still under consideration.