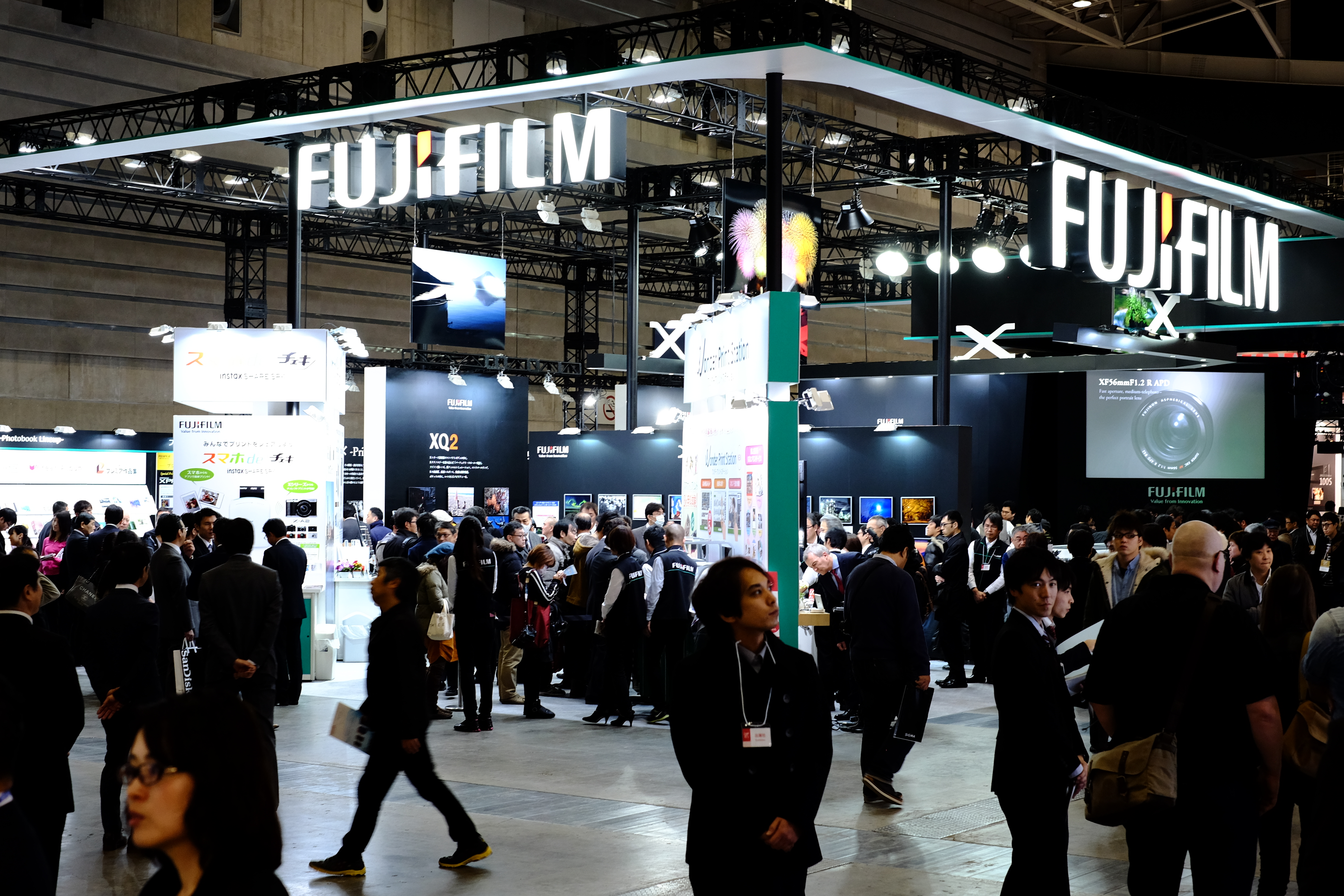 It’s that time of year again.

Japan’s annual photography convention sees all of the big players in the photography market under the huge roof of the Pacifico Convention Centre in Yokohama, just south of Tokyo. Obviously the reason I’m here is because Fujifilm have once again put on an amazing stand, showing off all aspects of the business.

In 2014, we took a bit of a gamble by placing four European photographers on a stage and asked them to tell the Japanese public what they did. The talks were in English and then translated into Japanese by the lovely Hiroe Kubuki from Fujifilm Tokyo. This meant that the photographers were not able to talk as freely and as flowingly as they would normally like and we were not sure how the crowds at CP+, which is a very Japanese show, would take to this.

It turns out they took to it incredibly well. Large crowds, lots of questions at the end, laughs at the jokes throughout, and rapturous applause at the end helped us see that the gamble paid off.

CP+ opened today and the X-Photographer stage has proved extremely popular. The program kicked off at 13:00 with Japanese photographer Issaque Foujita taking the audience through a number of his favourite shots, explaining the thought process both technically and artistically that went into each.

At 14:00, Switzerland-based wildlife photographer Chris Weston introduced himself with this video on the large screen, before giving some great advice about telling stories with your images.

Japanese professional photographer Masaaki Aihara took to the stage at 15:00 and spoke about his natural, minimalist approach to photography.

Finally, Japanese photographer Shinichi Hanawa presented the last talk of the opening day and explained his style of photography and how he uses Fujifilm X system to help him realise his vision.

The show will wrap up on Sunday with Sachi Murai, Masaaki Aihara, Issaque Foujita, Tomasz Lazar, Knut Koivisto and Damien Lovegrove all making their second appearances.

I’ve been lucky enough to interview each of the photographers, plus a few other key members of staff from Fujifilm Japan, and I’ll look to getting all of these interviews and more images posted online soon. We’ve also recorded all of the talks so we’ll try to get these up as quickly as possible so you can watch them and be inspired.

What else is happening on the Fujifilm stand?

Following the lens roadmap announcement earlier this week, we displayed mock ups of the new XF35mmF2, the XF100-400, the XF120mmF2 Macro and the XF1.4x tele converter.

Fujifilm “touch and try” let’s members of the public try out our new products. Lots of interest in the XF16-55mmF2.8