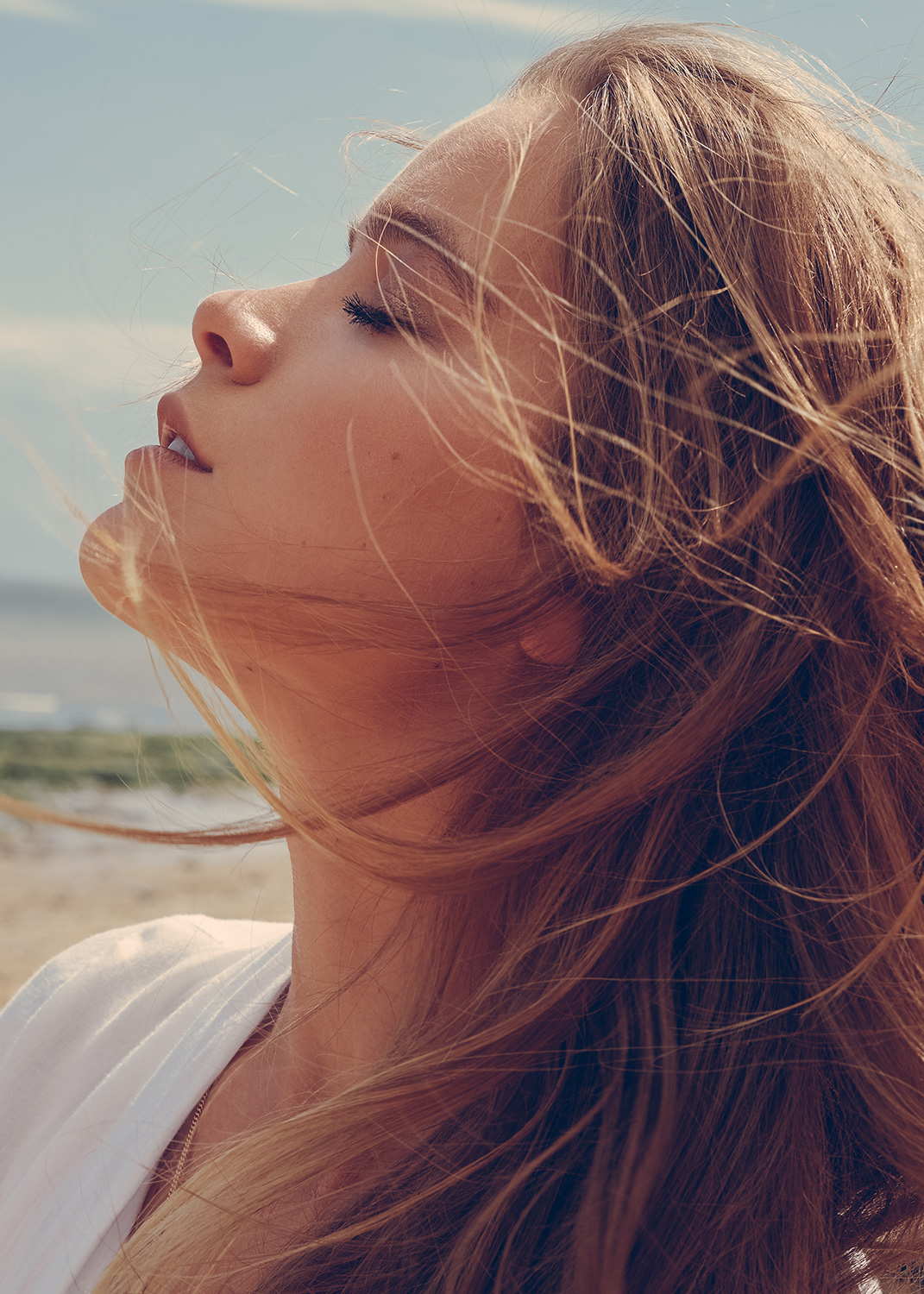 Back in August the guys at Fuji were kind enough to give me some time with the new X-T1 and 56mm 1.2 lens, I’ve had an X-Pro1 since around April time and since getting that it has become my natural light camera of choice but I was looking forward to seeing what the XT had to offer as I was still using my Canon full frame for commercial work… could this be the camera that made me move away from Canon?

I had a location test lined up with model and stunt woman Gemita Samarra, we were off to a beach for the day about an hour from where I live, as I was packing my gear the new Fuji kit arrived, I had no intention of using a completely alien camera but thought I’d take it along with the X-Pro and at least give it a go while I had the opportunity.

We arrived at the beach on a beautiful warm sunny day, got the make up done and headed down onto the beach to set up camp, a good selection of clothes and a surfboard, it was sure to be a good day! I decided to try out the XT straight away and then I could switch to the X-Pro once we’d done warm up shots and got a feel for the natural light of the day, what actually happened was a pretty unconscious thing really, the XT controls didn’t feel alien at all and I only realised when we stopped for lunch that I’d shot our first half a dozen looks with just the XT, the X-Pro did not leave my bag the entire day, I was that at ease with the new camera, we were all chatting and enjoying the shoot so much that I just kept going with it and the results were just perfect!

I’m not really into technical reviews, I’m not really qualified to give one anyway but I can give a user experience, which for me is far more valuable than graphs and pixel peeping! The first thing I noticed about the XT was it’s size, it’s smaller than the X-Pro which surprised me, with the 56mm attached though it felt solid and balanced in my hands. The addition of back button focussing was a big plus for me as that’s how I use my 5D Mk2 most of the time, there is a workaround way of doing it on the X-Pro but it’s not something that was built into it. Auto focus and responsiveness on the XT is a huge leap from the X-Pro, I’d shot on the beach a few weeks prior to this shoot with the X-Pro and I didn’t feel that confident in capturing the model moving around too much and getting focus every time but not so with the XT although I did miss focus on a number of shots that was me and not the camera.

Even as we were losing light and golden hour was fading away the focus didn’t let me down and although the ISO was going up and noise was becoming a factor it was still more than acceptable and because at this point I was shooting black and whites it worked in my favour anyway. The EVF is unbelievable on this camera, the vision through that viewfinder is a big plus, unusually for me though I did find myself using the screen to compose quite a bit as well, it’s so clear! I even found the new flip screen useful, that was unexpected, I just thought it was a nice gimmick but I do like to shoot at unusual angles and being able to do this without laying on the floor or pulling any muscles can only be a good thing, shooting from above would normally have meant a ladder but with the flip screen I can just hold the camera up, angle the screen and still compose well without just guessing.

So those were the main things I noticed with the XT, I also like the fact that ISO control is now on a dial on the left side of the body. Obviously the camera is only as good as the glass attached to it and the 56mm is just amazing, I already loved the 35mm as being a 50mm equivalent it suits what I shoot but the 56mm just blew me away, come in close for a beauty shot and wow!! I’ve used the 85mm L series from Canon and this is equal if not better than that lens to my mind. For beauty and fashion work it’s on my wish list now, I’ve used it in the studio and out on location and it’s just an amazing, fast lens, focus is quick, the detail it produces is just beautiful. I compared my Canon beauty shots against ones from the Fuji and I actually think the Fuji edges it, every little facial hair, every pore and eyelash is in sharp focus. The lens itself you might expect to be ridiculously heavy and a bit clumsy feeling on the smaller bodied Fujis but it’s actually just right, I really liked the balance of it on both the XT and the X-Pro, honestly I really couldn’t fault this lens.

Having had the XT over the Summer I do regret not having used it more in the studio and worked out the white balance sweet spot under strobes but I love shooting with the Fujis in natural light so I took every opportunity to do so, whether it’s the XT or the X-Pro they both give me that filmic feel that I love and coupling that with natural light only accentuates that film like quality.

Will I switch to the X-T1? I haven’t yet, if funds allowed I would have one and a 56mm by now, I’m only really holding out because when (and I’m certain it’s when rather than if) I go 100% Fuji I have to tick all the boxes for my commercial work as well as my personal work, that includes tethering to Capture One which I’m sure will come, in the back of my mind is an X-Pro2 though and if that is as much of a leap forward as the XT & has tethering capabilities then I think that will be the moment I become a 100% Fuji shooter. For now, I’m happy with my X-Pro still, I am missing the XT mind you, but a 56mm is looking very likely and I have now added the X100T and teleconverter lens to the family. I’m just excited to see what Fuji comes up with in 2015, I have a feeling it’s going to be very interesting!

Brian Rolfe is a professional photographer based just outside of London with a clean and classic style specialising in beauty, hair, fashion and portraiture.

“I always strive to create images of timeless beauty & ensure the subject is still the main focus. Lighting is important but I don’t like to let it take over an image and the same applies to retouching.”