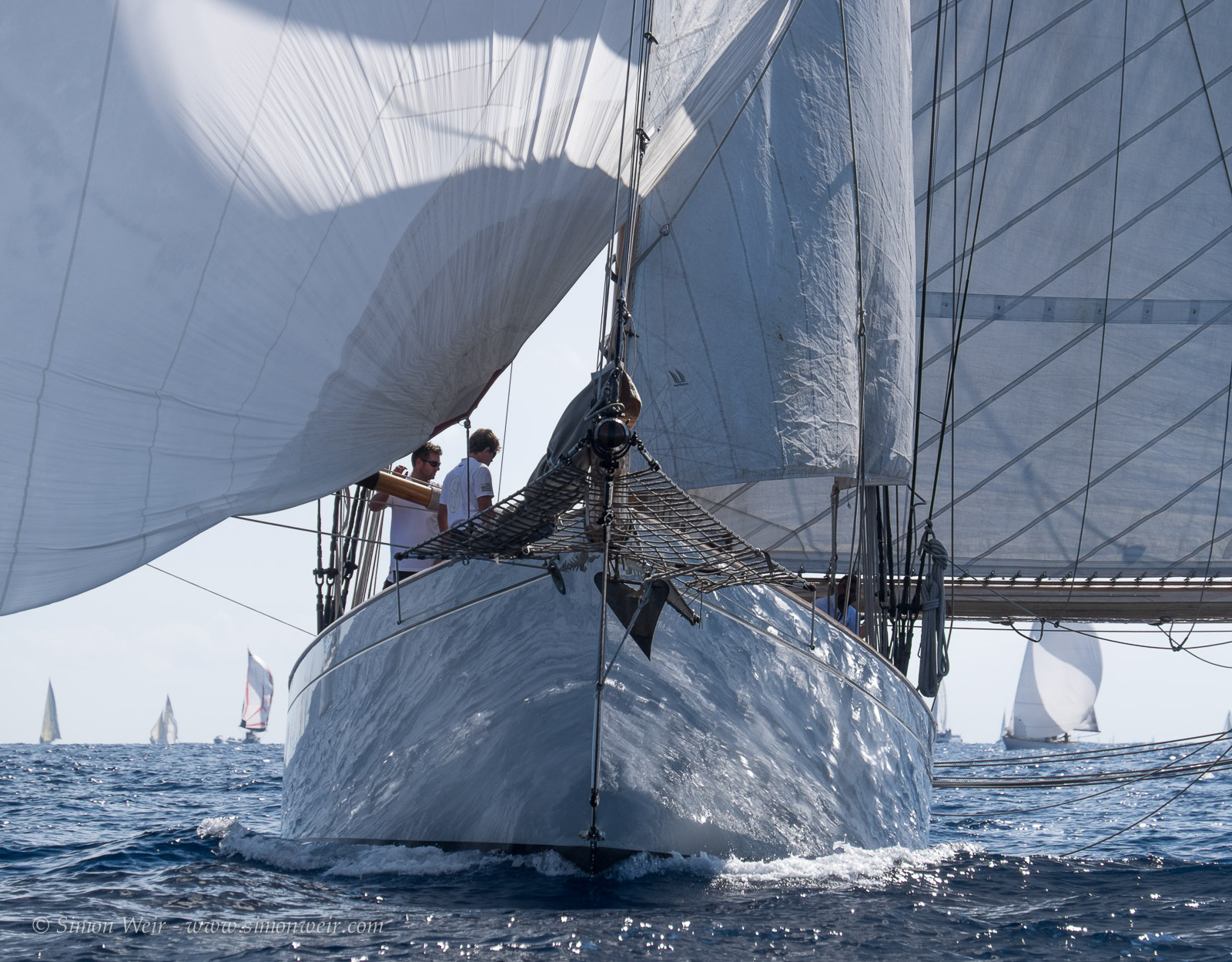 At the start of a new year I often find myself looking back over the shoots from the preceding 12 months and in 2014 one in particular stands out: Les Voiles de Saint Tropez.

Les Voiles – literally “The Sails” – take place from April to October across the French riviera. Each race brings together some of the most beautiful traditional wooden yachts alongside the most extraordinary modern sailing boats for a week long regatta in beautiful ports such as Antibes and Saint-Tropez.

My good friend and fellow Fuji user Serge Krougikoff who runs Create-Away, a photography workshop company based in the south of France, has been talking about running a trip based around the regattas for some time and when he suggested we get together try it out I didn’t hesitate to say yes! We first teamed up with professional skipper Francois in Antibes in June and the trip was such a success that we agreed to do a second test-trip in Saint-Tropez in October.

Nestled between Cannes and Marseille the picturesque medieval port of Saint-Tropez would be stunning even without the boats. When you add some of the worlds finest vintage and classic yachts it becomes a feast of varnish and brass.

On shore there is a party atmosphere throughout the regatta but out on the water is where the action happens and where the photographic excitement begins.  Picture this: The south of France in the autumn sunshine, racing across the bay of Saint-Tropez in the shadow of Elena under full sail – trust me – life doesn’t get much better than this!

The original Elena, built in 1910 and winner of the Trans-Atlantic Race in 1928, was one of the greatest racing yachts of her time and this stunning replica, built in 2009 is one of the largest yachts in the regatta with a length of 41.6m (136′) and a crew of 30 – some of whom clearly have nerves of steel…

Under full sail she is quite simply magnificent – a true queen of the seas.

But it is when you are close to her you really feel the power and the majesty of a great racing yacht.

These black & white images are taken with my infrared modified Fuji X-E1IR and the XF14mm lens – infrared really brings out the drama in some of these shots, especially when the clouds form interesting patterns that compliment the sails.

All the colour images are taken with Fuji’s brilliant X-T1 and their weather resistant, optically stabilised XF18-135mm lens.  This was the perfect choice for shooting from a RIB where most of the time you are being bounced around and covered in sea spray – it was certainly a good test for the camera’s weather proofing and it didn’t let me down.  The OIS in this lens is staggeringly good allowing sharp shots almost regardless of how fast the RIB was going, and the wide range of focal lengths is perfect for a shooting situation where changing lenses is simply not an option…

Technically, this kind of shooting is really challenging.  The light changes all the time, depending on whether you are shooting towards or away from the sun, and I found the live histogram in the viewfinder of both cameras invaluable in ensuring that highlight details were properly captured – both in the sails and the sky.  Some of my favourite images place the sun shining through the sails bringing out tremendous detail in the canvas and rigging.

Most of the time I was shooting in shutter priority mode, keeping the shutter speed at around 1/350sec – fast enough to allow sharp images even with the RIBs motion.  Focus was left to the camera with continuous tracking AF working flawlessly on the X-T1 even at 8 frames per second – no mean feat when the acton was changing so fast.

Amidst the excitement of this shoot it is all too easy to forget composition and just hit the shutter in the heat of the moment but it is really important to take the time to plan and conceive a shot before it happens. Our skipper Francois is hugely experienced and was able to position the RIB exactly where we asked him to get a specific shot, but always with the skill and safety of a professional captain, mindful of the fact that we were shooting in the middle of a race…

In calmer moments we were able to capture details and abstract images of the yachts – shape, form, colour and line producing patterns and textures that tell a story of their own.

At the end of the day, exhausted and exhilarated we return back to Saint-Tropez as the light faded and the evenings celebrations began…

For details of the two “Les Voiles” workshops Serge and I are running in 2015 follow these links:

and for more about the other workshops run by Create-Away visit their website at
http://www.create-away.com