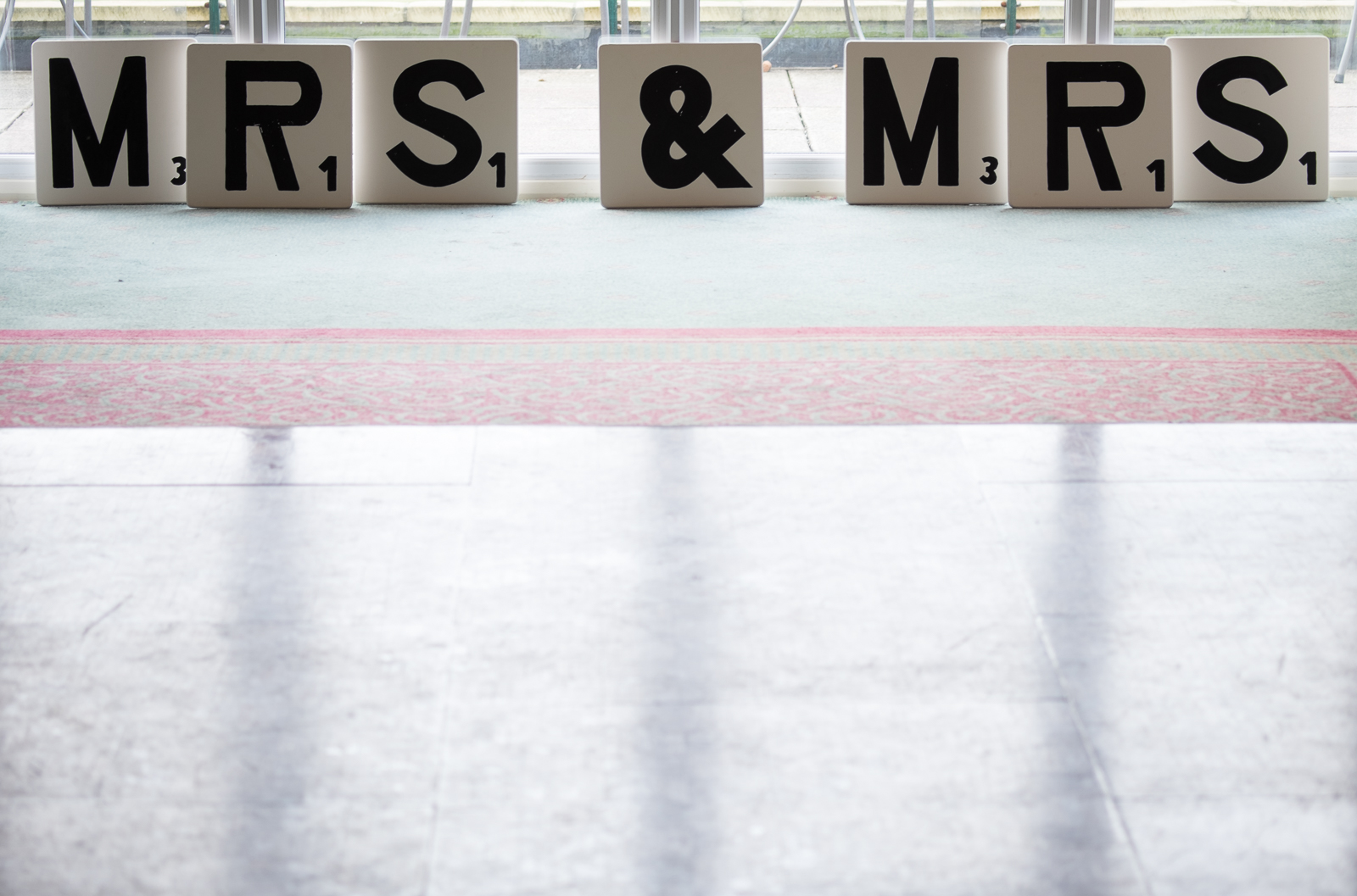 I start to get nervous about two weeks before I shoot a wedding. It’s around this time that I start taking an unhealthy interest in the weather forecast, start worrying about whether I’m going to get enough time to shoot everything and start limiting the use of my camera because I’ve convinced myself it only has a few more shots left in it before the shutter combusts. This all happens because I don’t shoot weddings very often, I’m what fellow photographers would call a ‘Weekend Warrior’ and what pros lovingly refer to as ‘a pain in the arse’. I shoot weddings for friends and acquaintances and don’t charge much; I see it more as part job, part wedding present. You may be the same.

My most recent part job/part wedding present represented two firsts for me. It was the first same-sex marriage I’d photographed (congratulations Gemma and Fiona!) and it was also the first time I’d added an X-E2 to my camera line-up. I’ll be honest from the outset and admit that the X-E2 wasn’t my primary shooter. Although I’m well versed in its capabilities, having previously blogged about using the same camera on a trip to Rome, I still don’t feel I know it well enough to use it as Camera 1. Instead, I’d earmarked it – along with the 18-55mm, 60mm and 55-200mm XF lenses – for specific tasks throughout the day, plus it would also double as a more than capable backup option should Camera 1, as prophesied, burst into flames during the nuptials.

Of all the things to have sleepless nights about before a wedding, camera gear shouldn’t be one of them. My search continues for methods of controlling the weather and bending time, but I prepared the night before safe in the knowledge that my camera gear was ready; firmwares updated, batteries charged, lenses polished, straps attached.

The X-E2 was the first camera out of the bag the following morning when I arrived early at the reception venue to shoot details on the tables. It quickly established itself to be a reliable focuser and exposer, while the image previews looked sharp and full of colour. As planned, it then came out on a number of other occasions throughout the day. Its near-silent operation and more discreet appearance enabled me to wander around and capture a whole host of shots that, had I attempted to shoot with Camera 1, would inevitably have resulted in wedding guests standing bolt upright while affecting cheesy grins. Not so the X-E2 which, with the 55-200mm attached, is the perfect combination for candids.

Its hushed credentials also proved their worth during the speeches at the reception. After selecting the Silent mode I was able to capture a wide variety of images, without causing the assembled guests to turn around every time I pressed the shutter. In short, the X-E2 and I got on famously during the day, even though it did show a larger than expected appetite for battery power.

The bigger news was to come in post-production. I’d shot nearly 1500 images, so editing in Lightroom was a lengthy affair, especially when you consider everything was captured in Raw. But while general tidying up of images is to be expected, I found myself spending far less time on the X-E2’s files. They were supremely sharp straight out of camera, wonderfully vibrant and showed impressive quality at high ISOs. The speeches, for example, were shots at ISO 3200 and 6400 because of the low light levels at the reception, yet noise was well under control – far better, in fact, than Camera 1.

So what did I learn? Well, I’d certainly pack the X-E2 if I was shooting a wedding again – it’s agile, easy to use and cuts down post-production time, all of which are huge positives. Its retro charms didn’t go unnoticed by guests at the wedding, either. As I mingled at the reception, a DSLR-toting attendee came over and asked about the X-E2. ‘Is it a Leica?,’ he asked. I explained what it was, showed him some shots I’d taken and invited him to have a try. He took a couple of shots and handed it back, gave it the one over and said, quite simply: ‘Lovely’.

I’d have to agree.