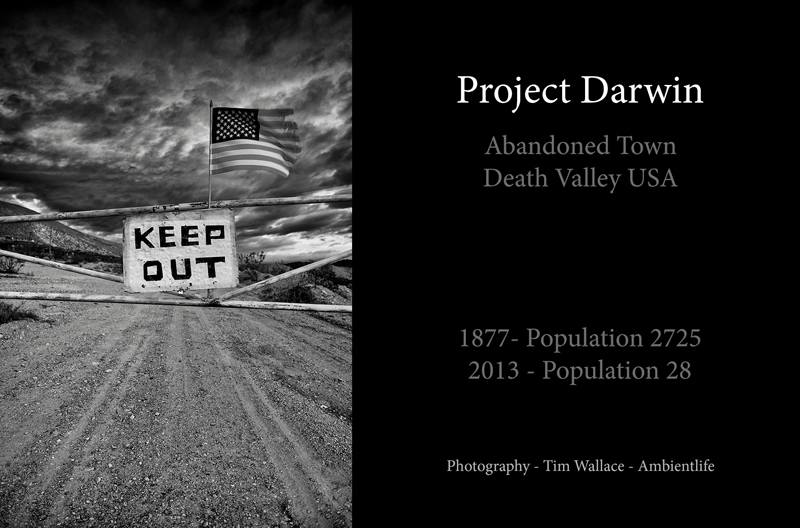 Photographer Tim Wallace is the driving force and creative thinking behind Ambient Life. An award winning photographer his work is often described as both conceptual and dramatic.

Tim works internationally with many high clients across the globe such as Jaguar Land Rover, Mercedes and Morgan as well as shooting some of the worlds most iconic brands such as Lamborghini, Aston Martin and Ferrari in the UK and Europe to shooting Dodge, Chevrolet and Mustangs in the US.

His work has been published globally and he was recently named by as one of the UK’s most creative photographers whilst in the US Scott Kelby described Tim recently as one of the Ten most influential photographers in the World today, Tim’s view is a little more straight forward, a man who’s known for his down to earth attitude, his feet are firmly on the ground and his desire to produce creative work is one that he has been driven to from a very young age when he first picked up a camera.

“Photography is for me simply a creative passion, the ability to use light and form to
capture in a single image what I see in my own imagination”

“I plan to live forever, so far so good…

I’m 40 but apparently 40 is the new 30 so things are always good and I have never felt better!, I don’t sleep much because I’m always thinking about what I can do to create something new, on a morning I often wake up excited for the day like a kid at Christmas just wanting to get out on the road and get on with it. People say I have a wicked sense of humour, not sure on that one, maybe its just a defence mechanism for the fact I’m always trying to lose weight but enjoy good food too much…!

I love the whole creative visual voodoo, the journey from A to B and the chance of arriving at C.

My work is often regarded as conceptual and dramatic and to me photography is a process, you’ll never hear me mutter ‘it’ll be fine’ as that’s simply not enough for me. Life is short and I aim to make mine worth while and interesting with work that I hope reflects this.

My goal in life is to be myself always, be creative, be true and most of all improve just a little part of peoples lives with images that both entertain and sometimes invoke the feelings that I had when I shot them. I’ve won awards and I’m always of the thought that maybe they got the wrong Tim Wallace, hey I’m grateful always but never take myself or any achievements too seriously, life’s too short and people will forget you quickly.

I jumped off a cliff in Norway a few years ago in a BASE jump, why?, well because it felt right for me to do that for myself at that time, I truly believe that anything in life is possible, work hard, be an honest person, tell the people that you love just what they mean to you as often as you can, and most of all be out there shooting because sometimes that’s where amazing things can happen.”

Tim may be known for his carefully crafted and beautifully lit images of prestige cars, however a recent trip to the USA saw him shooting something less glossy and more on the gritty side -­ an old mining town in Death Valley.

We found ourselves moving through the Valley from South to North. Death Valley has always held a fascination for me in its sheer scale and beauty and this week I shot some ‘personal work’ there, focusing on a project about the abandoned town of Darwin. 6 miles off the main road quite literally in the middle of absolutely nowhere we came across the town of Darwin sat in the base of the mountains, shrouded in dust and sand and abandoned in the sheer deafening silence that you experience only in places like Death Valley.

Darwin itself is a truly amazing place and we really didn’t know what to expect as we pulled onto the dirt track that carried us into this sleepy little abandoned area in the middle of the valley with a reported population today of under 40 even though the sign brags a few more that have since packed up and moved on away from the town.

The town was first established by American explorer Dr Darwin French in 1874 after he discovered silver ore deposits in the mountains, just south of Death Valley but the mining area is now closed off and out of limits to people with many signs warning of the dangers of open mines still being there and potential death traps to those that wander into the area. Just a year later, 700 people were found living in the town where around 20 mines were discovered – the population peaked in 1877 at several thousand people. In its heyday, Darwin was buzzing with saloon bars, miners, busy general stores and even brothels.

As with many ghost towns across the U.S., once the industry has died, life in the town becomes lost and soon after years just simply disappears. However in Darwin, a small community of artists and those preferring life in the wilderness, has remained in settlements further down the valley from the ‘original’ settlements. The population is made up of mainly couples and with no one under the age of 18, so no children at all exist there. There are no stores to buy anything and nowhere to stay – the nearest supermarket is well over 90 miles away and the tiny community that remains in the dust had only a local post office where residents could gather to pass the time of day and even this now is shut and abandoned forever.

Just further down the hill we started to come across the houses of those both past and recently present, many just left abandoned and with the contents still in place, refrigerators, clocks and books still on the shelves.

We shot there for over an hour, being respectful to those that still call this dusty town home and exchanged a few hearty hello’s to those few that we met along the way walking through the small town.

Darwin is in many ways a place of both sadness and wonder and it remains sat in the middle of Death Valley and the days and nights pass like a ticking clock with no impact or change on anything that remains, a modern day time capsule sat baking in the desert sun.

I¹ve heard that when you turn professional, you lose the love for photography as a hobby. I very much disagree ­ this type of diverse personal work allows me to still enjoy shooting stuff for myself.

My tool of choice for these images was the excellent lightweight Fujifilm X-Pro1 and a 14mm lens, the 14mm is perfect for the type of off the cuff documentary shooting that I want to do and is a very impressive lens in its own right, especially when used wide open on the aperture as I often like to shoot…

I love this little mighty camera ­ it’s a favourite of mine to travel with. It¹s easy to use and the quality of what such a little camera can produce is amazing.
I enjoy using black & white ­ I love to indulge in this style whenever I can.